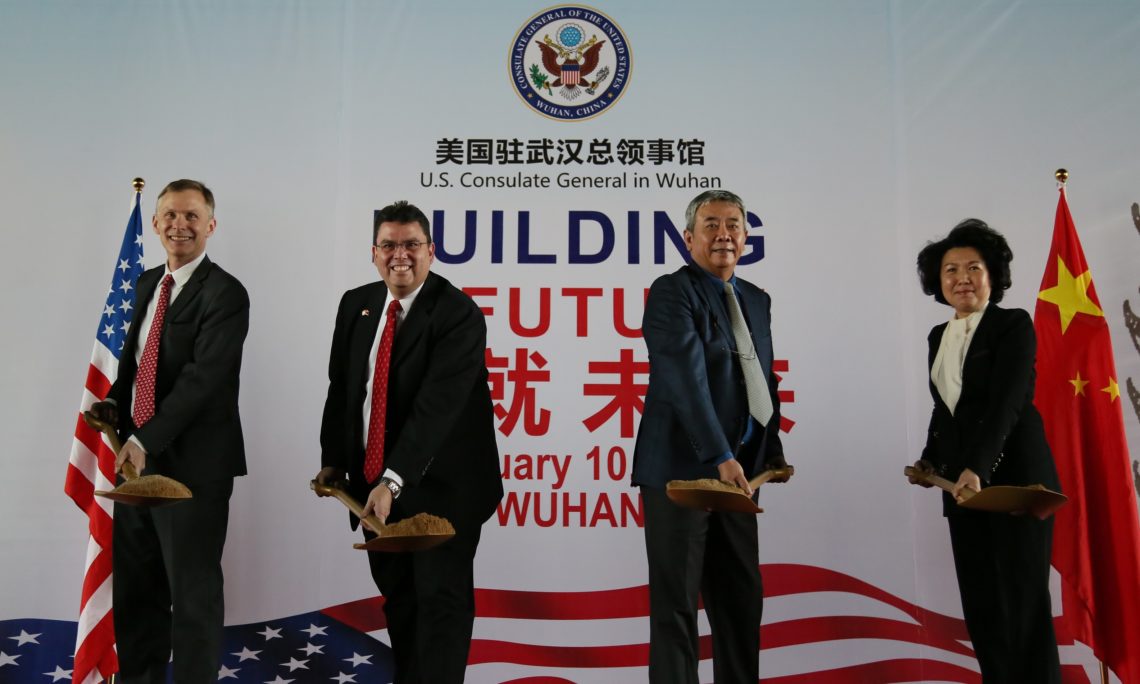 February 10, 2017, the U.S. Consulate General in Wuhan broke ground on the site of their future office in the Minsheng Bank Building in Hankou.

The U.S. Consulate General in Wuhan broke ground today on the site of their future office in the Minsheng Bank Building in Hankou.  When the new site is completed, the Wuhan Consulate will offer non-immigrant visa and other consular services, including services for the American citizen community. Construction on the new office is planned to start in February and be completed in the summer of 2018.

“After many years of careful planning and coordination, it is finally time for action!  We are Building for the Future,” U.S. Consul General Joseph Zadrozny happily announced.  Consul General Zadrozny explained that the future office would also lead to an increased focus on expanded commercial ties between the U.S. and central China.  He highlighted that the consulate recently added an American Commercial Officer to its Commercial Office, which is responsible for promoting business and trade between China and the U.S., in both directions.

Chargé d’Affaires David Rank also joined the groundbreaking ceremony.  Charge Rank was instrumental in the opening of the current U.S. Consulate in Wuhan in 2008.  In his remarks, he said, “the U.S.-China relationship is the most consequential in the world today.  And our consulate here allows us to expand and deepen that relationship – as it has been doing since 2008, through building connections between our two countries and people.”

The new consulate office will include a large multi-purpose room which will be “used to host events on American culture such as lectures, movie nights, art, and music,” Consul General Zadrozny explained, adding that there will also be an American Space resource area that “will have computers, books, and other information on English language, Study in the U.S., and more!”