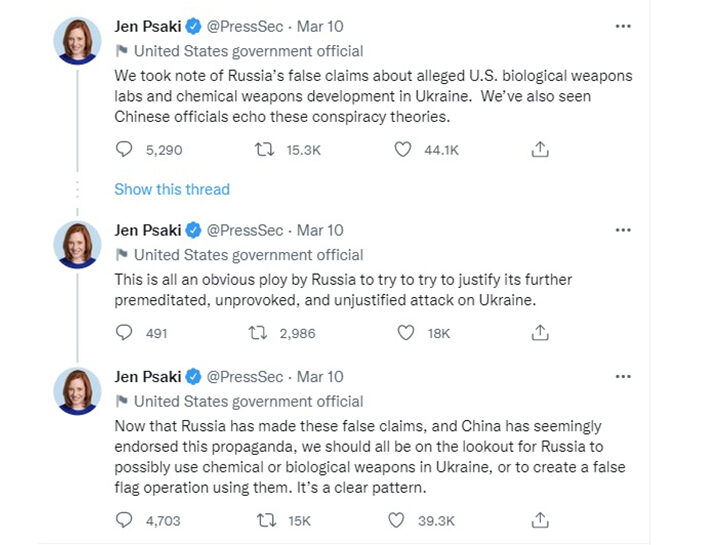 This is preposterous. It’s the kind of disinformation operation we’ve seen repeatedly from the Russians over the years in Ukraine and in other countries, which have been debunked, and an example of the types of false pretexts we have been warning the Russians would invent.

It’s Russia that has a long and well-documented track record of using chemical weapons, including in attempted assassinations and poisoning of Putin’s political enemies like Alexey Navalny.

Also, Russia has a track record of accusing the West of the very violations that Russia itself is perpetrating. In December, Russia falsely accused the U.S. of deploying contractors with chemical weapons in Ukraine.

This is all an obvious ploy by Russia to try to try to justify its further premeditated, unprovoked, and unjustified attack on Ukraine.

Now that Russia has made these false claims, and China has seemingly endorsed this propaganda, we should all be on the lookout for Russia to possibly use chemical or biological weapons in Ukraine, or to create a false flag operation using them. It’s a clear pattern.”