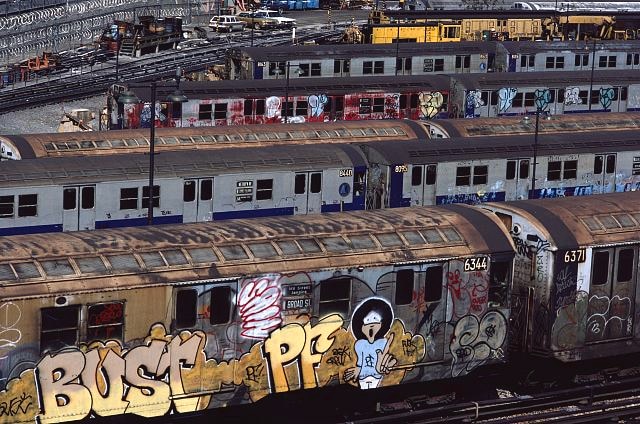 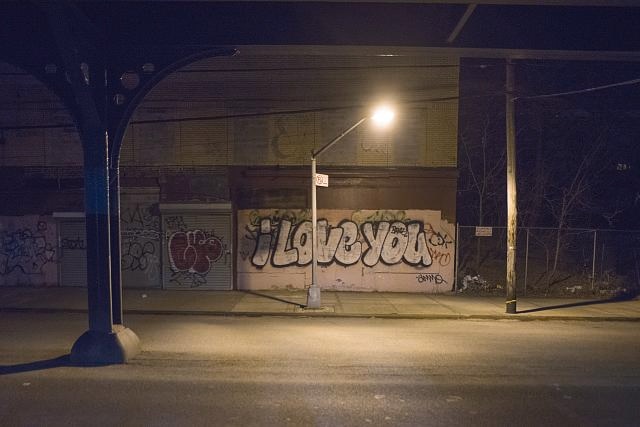 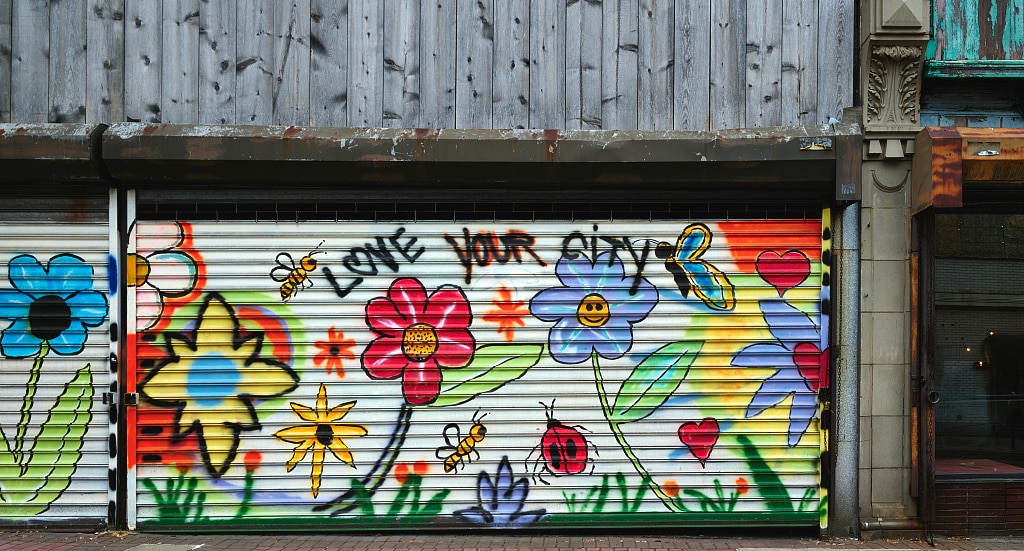 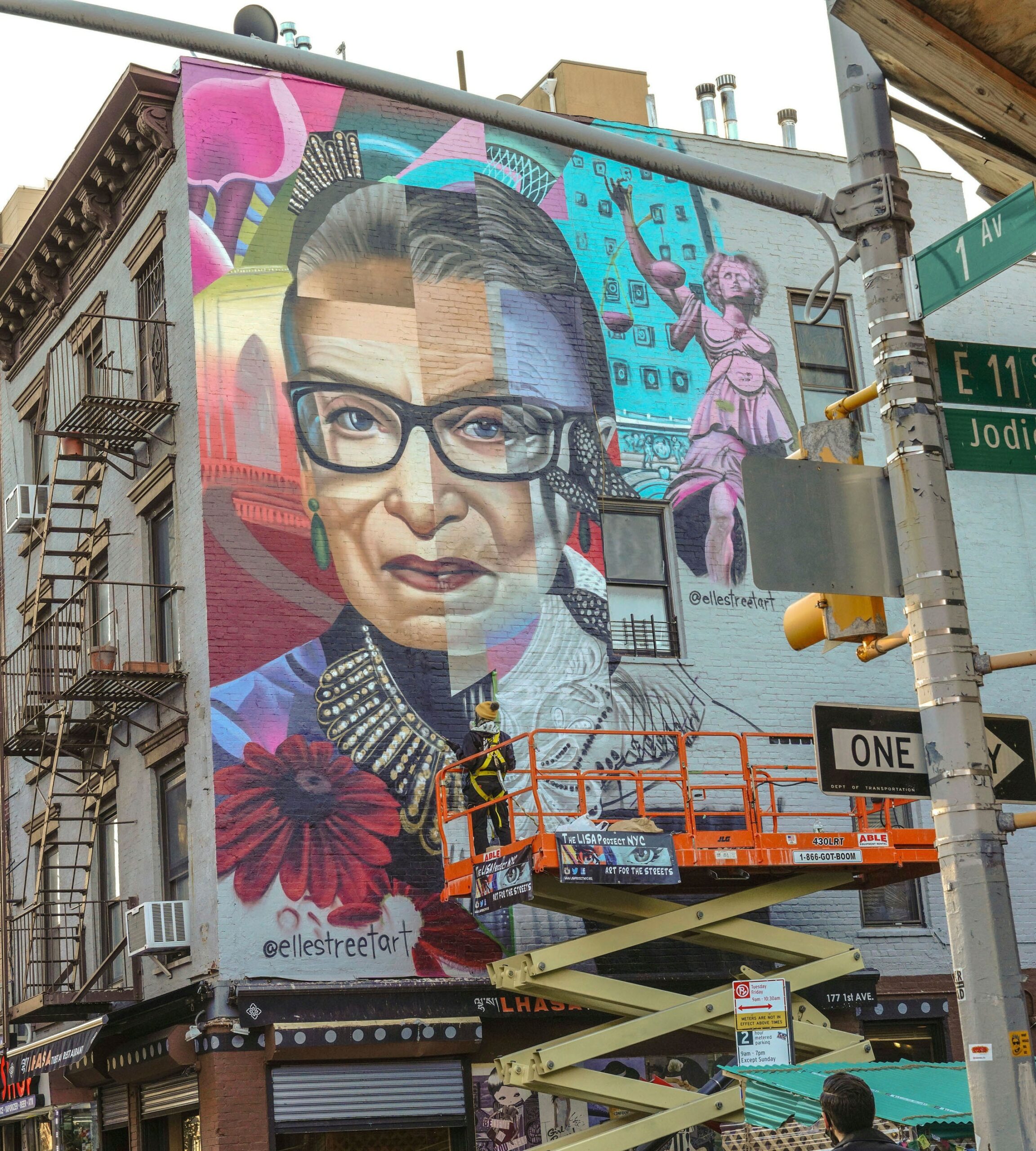 Some argue it is both, some argue it is neither, but one thing is for sure: graffiti has been around for thousands of years. Ancient Romans and Greeks wrote their names and protest poems on buildings.

But the roots of modern day Street Art begin with New York and Philadelphia urban street culture from the 1960s and 70s. Early graffiti often came from marginalized people with no access to mainstream media who wanted to speak up and show their viewpoints in public locations. At first it was illegal and graffiti (also known as “tagging”) became a vandalism problem in some places like the New York City subway. From NYC graffiti spread across the U.S. and to any cities that had blank walls and buildings to cover with paint and convictions.

Graffiti started as a form of text-based urban communication that developed its own networks. Rather than submit to the criteria of valuation upheld by the institutionalized art world, early graffiti writers developed an entirely new and separate art world based on their own standards. By the late 1970s and early 1980s, many graffiti writers began to shift away from text-based works to include imagery. This particular aesthetic, most often utilizing bold color choices, involving highly stylized and abstract lettering known as “wildstyle,” and/or including cartoon-like characters, is what evolved into today’s widespread acceptance of street art.

In the 1980s graffiti began to be recognized as a legitimate art form and some of the first exhibitions of graffiti as art were held in New York City galleries.

Street art reflects the time and place it was created. Artist Pony Wave’s mural outside the U.S. Embassy Beijing’s east gate features two masked figures kissing. It is entitled “Stay Safe” and was first painted in Venice Beach California during the early days of the pandemic.

(Bio as provided by the artist to explain their works and background. Artists’ views are their own and do not represent the United States government.)

Art for the People
Emergency Assistance
U.S. Citizens with Emergencies