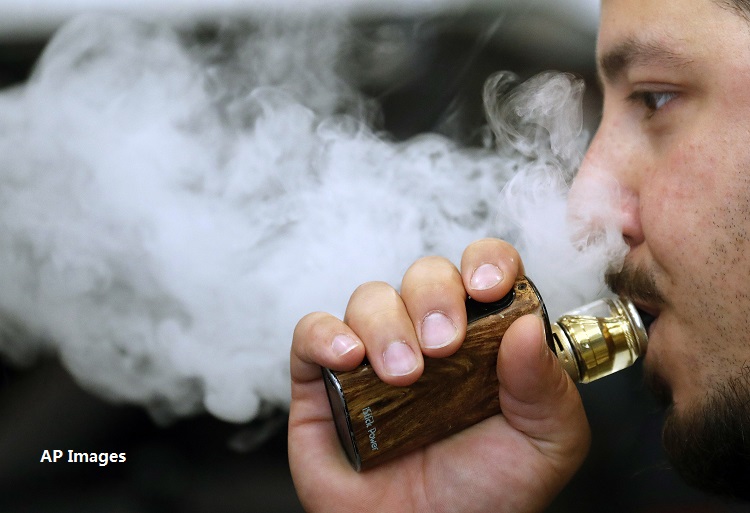 Alex M. Azar is the secretary of health and human services. Scott Gottlieb is the commissioner of the Food and Drug Administration.

At the Department of Health and Human Services, we are deeply concerned about the risks that e-cigarettes pose for children, given how quickly teenage use of these products has accelerated. Using a small battery to heat a liquid that contains nicotine, e-cigarettes turn the liquid into an inhalable vapor. Since 2014, they have been the most popular nicotine product among American teenagers.

And e-cigarettes’ popularity is accelerating: From 2017 to 2018, according to new preliminary data from the National Youth Tobacco Survey, the number of high-school-age children reporting use of e-cigarettes rose by more than 75 percent. Use among middle-schoolers also increased nearly 50 percent. That is an epidemic.

The surge in e-cigarette use by teenagers is alarming because nicotine is highly addictive and can harm brain development, which continues into young adulthood. Worse, kids who start on e-cigarettes are actually more likely than non-user peers to migrate to smoking tobacco, as shown by data in a 2018 report from the National Academies of Sciences, Engineering and Medicine.

It is crucial that e-cigarettes do not become an on-ramp for children to become addicted to nicotine. But at the same time, we believe e-cigarettes can be an important off-ramp for adults who are addicted to combustible cigarettes. At HHS, we are intent on combating tobacco use, the leading cause of preventable death in the United States. And last year we placed nicotine at the center of a comprehensive plan for tobacco regulation.

Why target nicotine? After all, nicotine is not directly responsible for death and disease from smoking. Other chemical compounds in tobacco, and in the smoke created when tobacco burns, are the killers. But the addictive quality of nicotine is what keeps people coming back year after year. And nearly 90 percent of adult smokers started when they were teens.

The efforts at HHS to combat tobacco’s lethality focus on two key goals: First, reducing the nicotine levels in combustible cigarettes to render them minimally or nonaddictive. Second, harnessing new forms of nicotine delivery, including medicinal products and e-cigarettes, to give adult smokers less harmful substitutes for cigarettes.

Yet products such as e-cigarettes need to be put through an appropriate regulatory process. Under the most likely path for marketing authorization, they must show that their marketing is appropriate for protecting the public health, taking into account their risks and benefits to the population as a whole.

Rising e-cigarette use by children makes the marketing of this product especially deserving of close attention.

To better understand how this marketing works, the Food and Drug Administration has taken a series of actions, including on Sept. 28 obtaining records from Juul Labs headquarters in San Francisco during an unannounced inspection. Juul devices function as nicotine-delivering e-cigarettes but are shaped like a USB flash drive. Juul now has more than a 70 percent share of the cartridge-based e-cigarette market in the United States. The use of Juuls in schools, including classrooms and restrooms, has been widely reported by students and teachers.

All these concerns drove us to crack down on sales of e-cigarette products to minors. For several months, we have advanced a comprehensive Youth Tobacco Prevention Plan to thwart the marketing and sales of e-cigarettes to minors, including an extensive education campaign warning teens about the risks of these products.

But now we know that the steps we have taken thus far are not enough. We are considering limits on the marketing and features of e-cigarettes to reverse their appeal and availability to minors. We are also actively reconsidering our policy under which certain e-cigarettes — particularly the products with flavors that might appeal to children — can remain on the market without submitting a premarket application to the FDA until 2022. We have many enforcement activities underway, including investigating whether these products are being unlawfully marketed online.

E-cigarette manufacturers are on notice. They still have the opportunity to come forward with their own plans to stem e-cigarette use by children. We have started this process by inviting the five largest manufacturers to discuss these challenges with the FDA and to present their plans to confront this youth epidemic. The technology that might help adults end one addiction cannot pull a generation of kids into a new one.