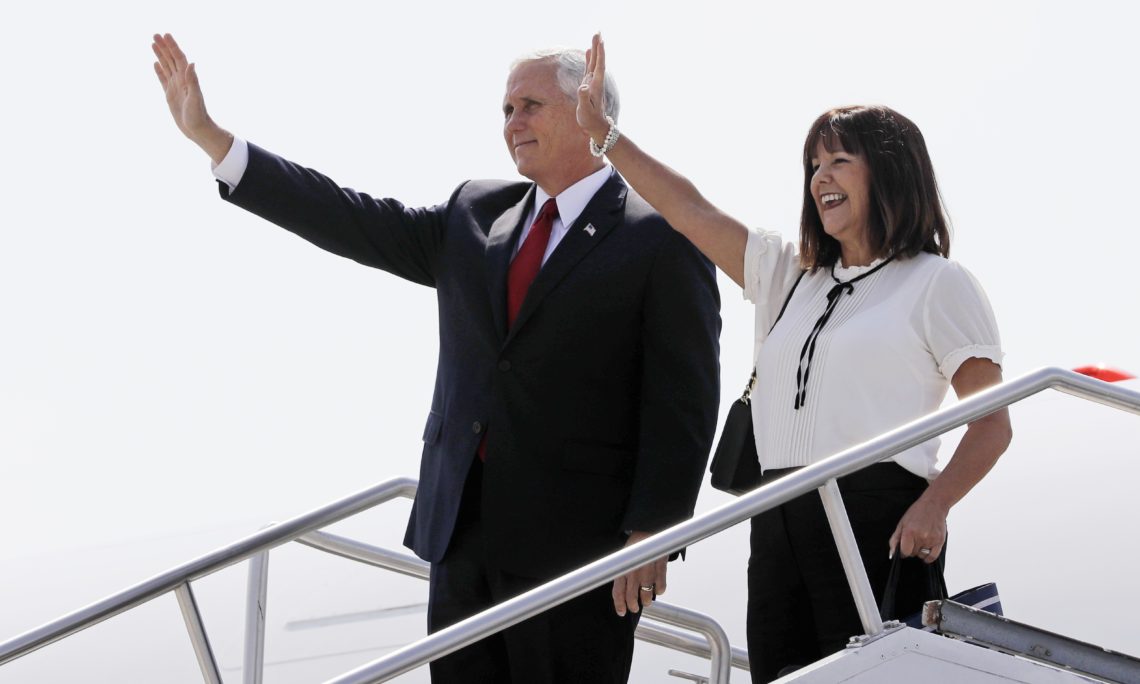 Vice President Mike Pence to Travel to Republic of Korea, Japan, and Lead Presidential Delegation to the 2018 Olympic Winter Games

WASHINGTON, DC – Vice President Mike Pence and Second Lady Karen Pence will lead the Presidential Delegation to the 2018 Olympic Winter Games in Pyeongchang and attend the Opening Ceremony on February 9, 2018. The Vice President will also visit Seoul, Republic of Korea and Tokyo, Japan to participate in bilateral meetings with leaders to discuss security and stability on the Korean Peninsula. He will also travel to Alaska to review ballistic missile defense facilities.