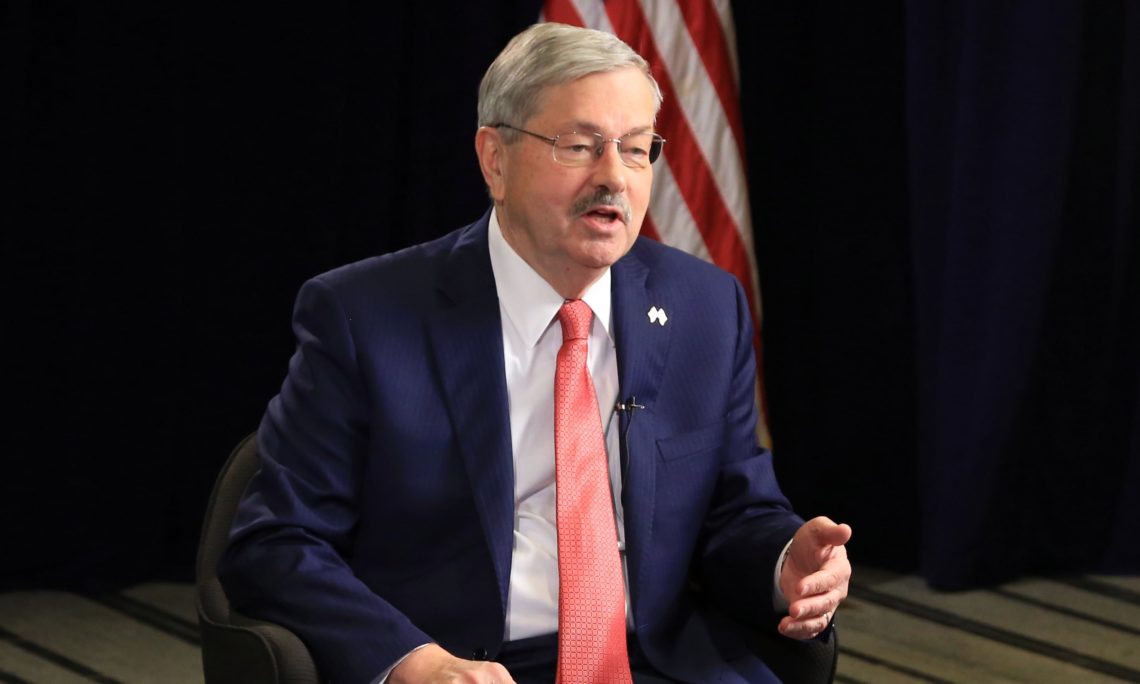 President Donald Trump arrives in Beijing on a state visit Wednesday. I am excited to welcome him on his first visit to China as the US president. My wife Chris and I have greatly enjoyed the hospitality of the Chinese people, and I trust President Trump and First Lady Melania Trump will enjoy a similar warm welcome.

Over the past few weeks, as American and Chinese diplomats have been working together to prepare for the visit, I have reflected back on an earlier trip, when, in 1985, I welcomed a Chinese agriculture delegation to my home state of Iowa. A black-and-white picture from that visit now hangs in my home in Beijing. In the picture there is a young man by the name of Xi Jinping. It reminds me that these trips are more than pomp and circumstance. They can have real impact. I know that establishing a personal relationship with China’s future president changed the course of my life.

This week brings a new opportunity. The eyes of the world will be fixed on President Trump and on President Xi as they meet. These meetings are an important opportunity for our leaders to follow up on the four high-level bilateral dialogues held earlier this year, and to ensure that our senior-level engagement yields concrete results. These should improve our bilateral relationship by enhancing regional security, reducing the trade imbalance, and expanding cooperation to new areas.

The world depends on the US and China to respond to the North Korean nuclear issue. We voted together this year at the United Nations to pass UN Security Council Resolutions 2371 and 2375, through which the global community is collectively responding to North Korea’s illegal nuclear tests. The US and China must continue to stand together, to apply maximum pressure to make the North Korean regime realize denuclearization is the only way forward. As North Korea’s largest trading partner, sharing its longest border, China’s power to influence North Korea is unique.

President Trump is also focused on improving and enhancing our bilateral trade relationship. Commerce has long been the cornerstone of our relationship. China is now the largest US goods-trading partner and largest US export market outside North America.  Bilateral trade exceeds $650 billion. Two-way direct investment has topped $300 billion. Every year, 2.5 million Chinese visit the US. And over 320,000 Chinese students currently attend US colleges and universities.

Trade and investment are good for both countries. Moving forward, these elements of our commercial engagement must be fair, balanced, and reciprocal.

China’s reform and opening-up delivered rapid growth to China, and continued opening of its markets will allow its economy to thrive for generations. And that’s the good news here: making the economic relationship between our two great countries fair, balanced, and reciprocal will benefit both American and Chinese people.

In contrast, US firms have told me they feel less welcome here in China than in years past. Market barriers increasingly block US exports of goods, services, and investments, while US companies operating in China face increasingly constricted operating conditions.

Both the Chinese and American people have much to gain from rolling back these restrictions and expanding market access. Removing trade barriers is a win-win proposition, as it would increase the Chinese economy’s productivity, consumer welfare, and innovation, while decreasing the US trade deficit.

The US and China each have a strong stake in the other’s success. And when we succeed, the whole world benefits.

The author is US ambassador to China. opinion@globaltimes.com.cn