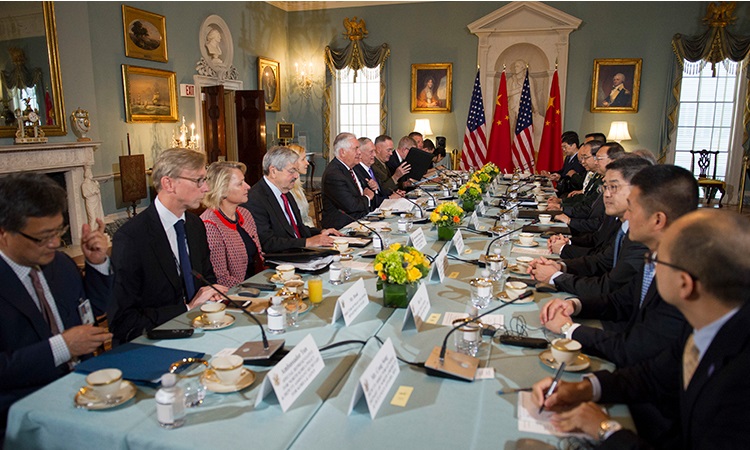 This new, high-level framework for negotiations was launched by President Donald J. Trump and Chinese President Xi Jinping in Mar-a-Lago April 7, 2017, to expand areas of cooperation while narrowing differences on key diplomatic and security issues.  To learn more about the dialogue, see [LINK: https://china.usembassy-china.org.cn/secretary-state-rex-tillerson-secretary-defense-jim-mattis-joint-press-availability/]