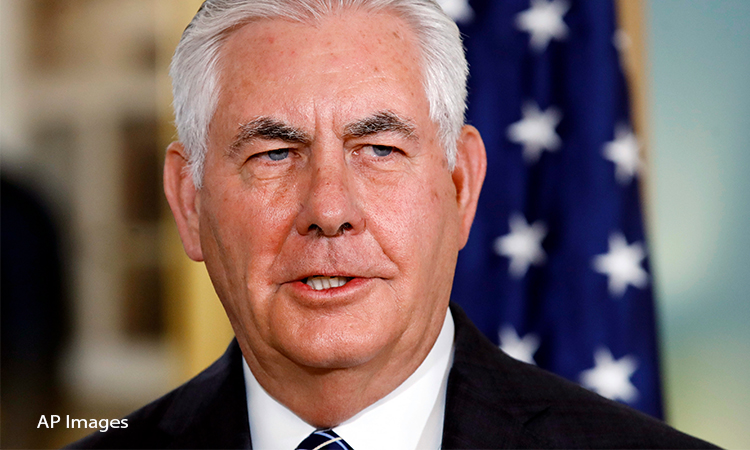 U.S. Secretary of State Rex Tillerson will travel to Beijing September 28 – October 1 to meet with senior Chinese leaders. Secretary Tillerson will discuss a range of issues, including the President’s planned travel to the region, the denuclearization of the Korean Peninsula, and trade and investment. Secretary Tillerson’s visit to China reaffirms the Administration’s commitment to further broaden and enhance U.S. economic and security interests in the Asia-Pacific region. – Heather Nauert, Department Spokesperson, Septmber 26, 2017  Link (en):https://www.state.gov/r/pa/prs/ps/2017/09/274441.htm