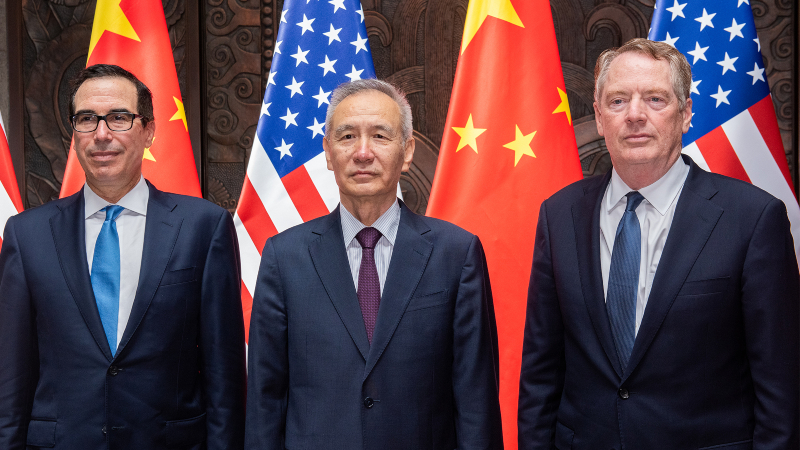 On July 30 and 31, 2019, the United States trade negotiating team led by United States Trade Representative Robert Lighthizer and Secretary of the Treasury Steven Mnuchin traveled to Shanghai, China, to discuss the United States–China trade relationship. Vice Premier Liu He led the Chinese negotiating team, which included Minister of Commerce Zhong Shan and other officials. The two sides discussed topics such as forced technology transfer, intellectual property rights, services, non-tariff barriers, and agriculture. The Chinese side confirmed their commitment to increase purchases of United States agricultural exports. The meetings were constructive, and we expect negotiations on an enforceable trade deal to continue in Washington, D.C., in early September.