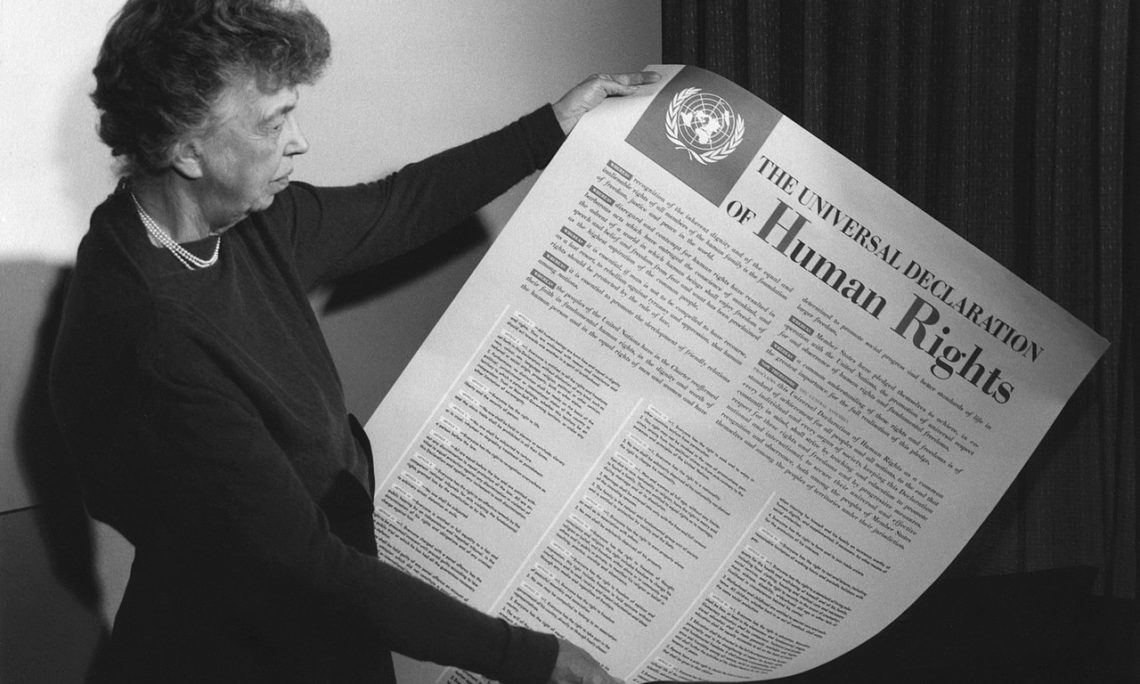 As U.S. Ambassador to the People’s Republic of China, it is my honor to mark the 71st anniversary of the UN’s adoption of the Universal Declaration of Human Rights. The Declaration, which the UN General Assembly adopted in 1948, proclaims, among other rights, that all individuals have the right to freedoms of thought, religion or belief, expression, peaceful assembly, and association.  By signing this important document, China committed to protect the rights outlined in the Declaration.  Recent revelations have called into question Beijing’s commitments to these very basic rights.

In my engagement here over the past year, I have continued to witness China’s progress in many areas, including its success in lifting the living standards of the Chinese people.  But I have also witnessed the failure of the PRC’s governance model to protect the fundamental freedoms of these same people, as stipulated in the Declaration and in the PRC’s own laws. While President Trump, Vice President Pence, and Secretary Pompeo have repeatedly expressed our interest in a constructive and results-oriented relationship with China, they have also been forthright about these failures and the many ongoing abuses occurring in China today.

We remain gravely concerned with the Chinese government’s unlawful detention of lawyers, journalists, and civil society leaders. We also remain deeply concerned by the government’s further tightening on the freedom of religion or belief, with places of worship being closed and people of faith being detained, including many Christians and Tibetan Buddhists. We are particularly disturbed by the PRC’s mistreatment of members of Muslim minority groups in the name of combatting terrorism and violent extremism.  It can no longer be denied that more than one million Uighurs and members of other minority groups have been detained in Xinjiang against their will.  It is also evident that these egregious actions, including extensive security controls and surveillance, forced labor, blanket suppression of religious expression, and even the mass collection of DNA, are targeting Uighurs’ ethnic and religious identities.  The PRC cannot expect to earn the international respect it seeks as long as it fails to abide by its commitment to defend individual human rights and freedoms.

We will continue to hold the PRC to high standards as it seeks to become more active on the world stage.  Human rights have no national boundaries because they are universally designed to protect individual rights of all human beings.  As the PRC’s influence in the world continues to grow, how it protects the rights of those in China matters more than ever.  Its protection of the fundamental freedoms of those in China will profoundly influence how the world views the PRC’s aspirations beyond its borders.  It will also continue to impact the bilateral U.S.-PRC relationship. The irony is not lost on Americans, for example, that Chinese diplomats in the United States readily use U.S. social media to address the American public – enjoying the freedom we hold dear in America– while those social media platforms, as well as our postings in PRC media, are censored here in China.  Having the opportunity to communicate directly to the Chinese people, the same way Chinese diplomats are allowed to communicate to the American people, can only result in greater mutual understanding, particularly on this very important issue.