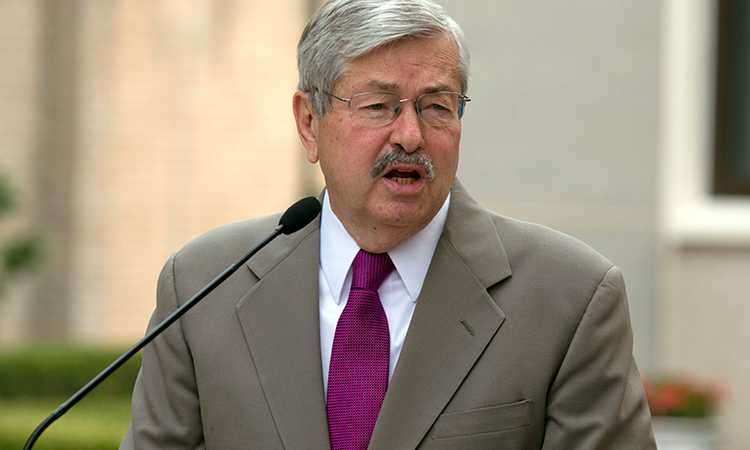 Last week in the White House, President Trump was asked whether the U.S. welcomes Chinese students and if Chinese students can obtain visas to the United States.  The President’s answer was direct: “We have the greatest university system in the world … And one of the reasons it’s great is we have a lot of students from China … and we want to keep it that way.”

Chinese students are a welcome addition to American campuses.  U.S. schools thrive thanks to their vibrant campus cultures, which welcome students from all backgrounds and all nations.  School administrators from across the country—from small colleges to major universities—regularly tell me they appreciate the presence of Chinese students, whose perspectives and energy help all students engage more fully with their education.

We have a clear message on student visas and it has not changed. The President just said it again: We welcome all legitimate Chinese travelers to the United States, including students and scholars.  Dedicated consular officers at the Beijing Embassy and at U.S. Consulates around the country adjudicate each visa application on a case-by-case basis.  In the last year U.S. educational institutions hosted 360,000 Chinese students, more than from any other nation.  This clearly demonstrates that U.S. higher education is accessible to Chinese students.

Parents often ask: “What is the value of sending my child to study in the United States?”

I tell them that studying in the United States is the best investment you can make in your education, and in your child’s education.  Studying in the United States prepares the youth of China to operate effectively in the world’s two largest economies.  That is an extraordinary advantage when you are looking for work in the global economy.  They become comfortable in both countries and both cultures.  They learn to think critically and independently.  In the United States, Chinese students can perfect their English while making friends from around the world.

Finally, let me address one more question:  What can Chinese students do to succeed in the United States?

I am going to draw on example from my personal life.  In the two years since I moved to China as U.S. Ambassador I have carved out time as often as possible to visit with the people of China, to learn about your lives.  Besides regular visits to China’s major cities, I have also been fortunate to visit many of China’s natural wonders and historical places, from Harbin’s ice festival to the rice terraces of Guilin.  Friends have taught me a bit of Chinese calligraphy and dumpling making.  While this does not make me an expert, or an old Beijinger, it has improved my ability to do my job, to communicate the U.S. viewpoint to the people of China.

So here is my advice:  When you come to our campuses, introduce yourself to local friends.  Join a campus club or volunteer in the local community.  Put your phones downs, read our newspapers or social media feeds—even if you don’t agree with what you read.  Form strong opinions.  Get to know your professors.  See if you can invite an American friend to visit you in China for vacation.  Try to watch only American television shows to perfect your English.

It isn’t easy.  Bridging two cultures rarely is.  But it is worth the extra work.  I am confident that those who choose to study in the United States and engage fully while there will improve their career prospects, contribute to China’s continued development, and strengthen U.S.-China relations.