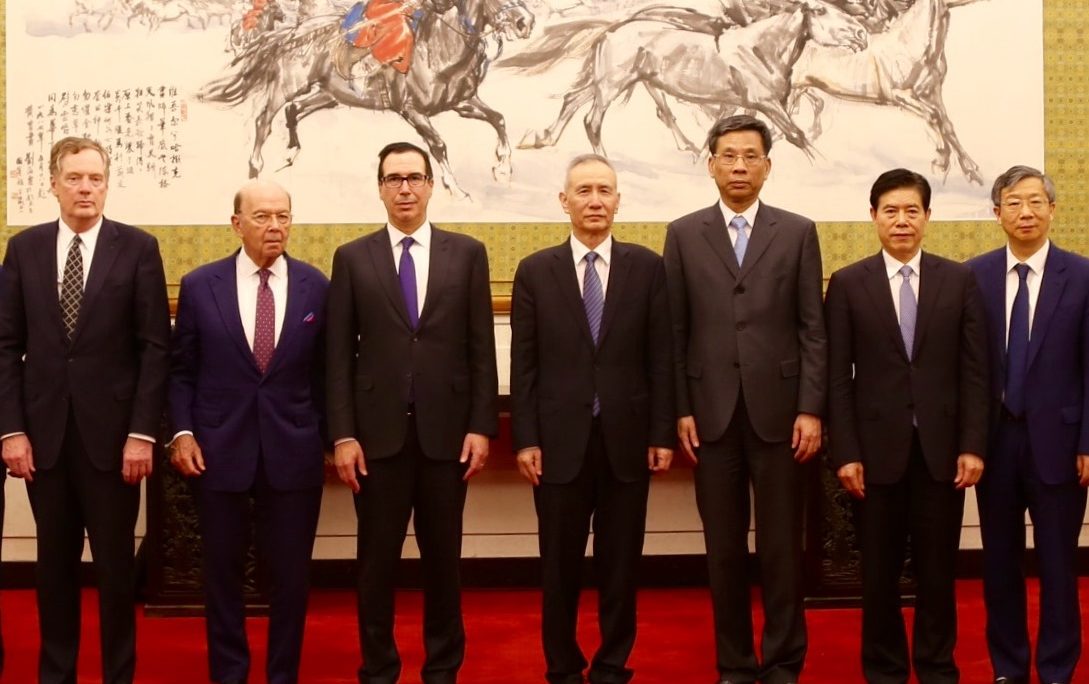 THE WHITE HOUSE
Office of the Press Secretary
FOR IMMEDIATE RELEASE
May 4, 2018

At the invitation of Vice Premier Liu He and at the direction of President Donald J. Trump, the United States trade delegation, led by Secretary of the Treasury Steven Mnuchin and including Secretary of Commerce Wilbur Ross, U.S. Trade Representative Robert Lighthizer, Assistant to the President for Economic Policy Larry Kudlow, and Assistant to the President for Trade and Manufacturing Policy Peter Navarro, traveled to Beijing, and was joined there by Ambassador Terry Branstad.

The delegation now returns to Washington, D.C., to brief the President and seek his decision on next steps.