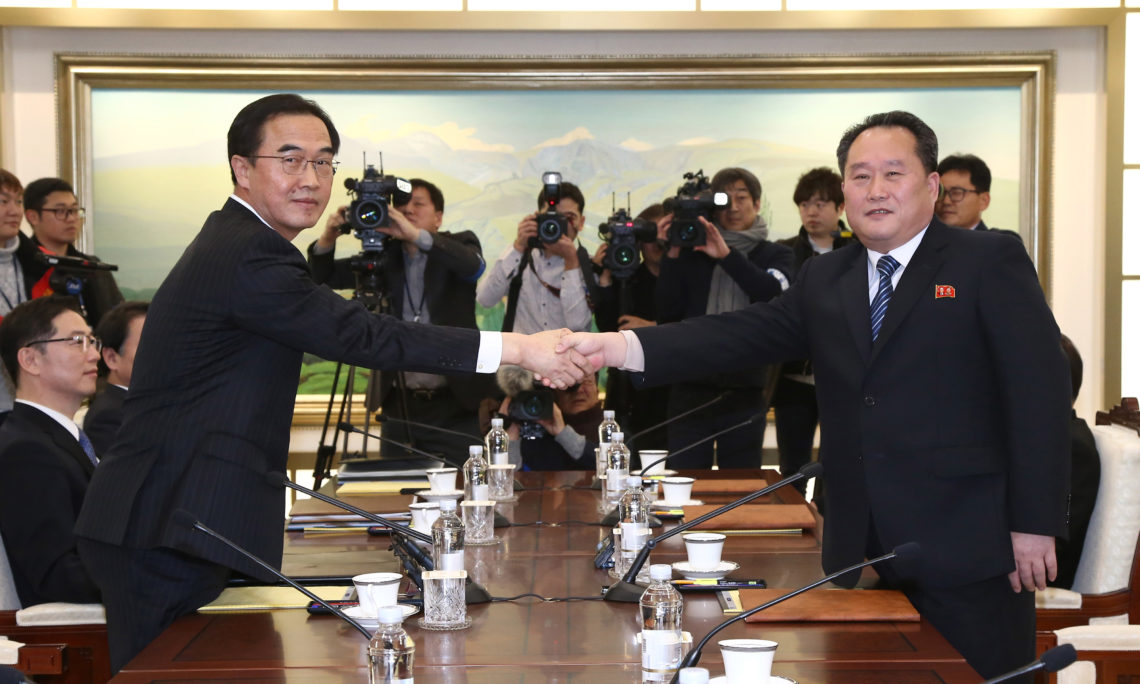 South Korean Unification Minister Cho Myoung-gyon, left, poses with head of North Korean delegation Ri Son Gwon while shaking hands during their meeting at the Panmunjom in the Demilitarized Zone in Paju, South Korea, Tuesday, Jan. 9, 2018. Senior officials from the rival Koreas said Tuesday they wo

Talks between South Korea and North Korea on the Winter Olympics

The United States welcomes the January 9 meeting between the Republic of Korea and North Korea aimed at ensuring a safe, secure, and successful Winter Olympics in Pyeongchang.  The United States remains in close consultations with ROK officials, who will ensure North Korean participation in the Winter Olympics does not violate the sanctions imposed by the UN Security Council over North Korea’s unlawful nuclear and ballistic missile programs.  As the President said to ROK President Moon on January 4, the United States is committed to a safe and successful Winter Olympic Games, and the United States will send a high-level presidential delegation to the Games.  During the same conversation, the two leaders also agreed to continue the campaign of maximum pressure on North Korea toward the goal of complete and verifiable denuclearization of the Korean Peninsula.  Secretary Tillerson continues to closely consult with Foreign Minister Kang Kyung-wha.