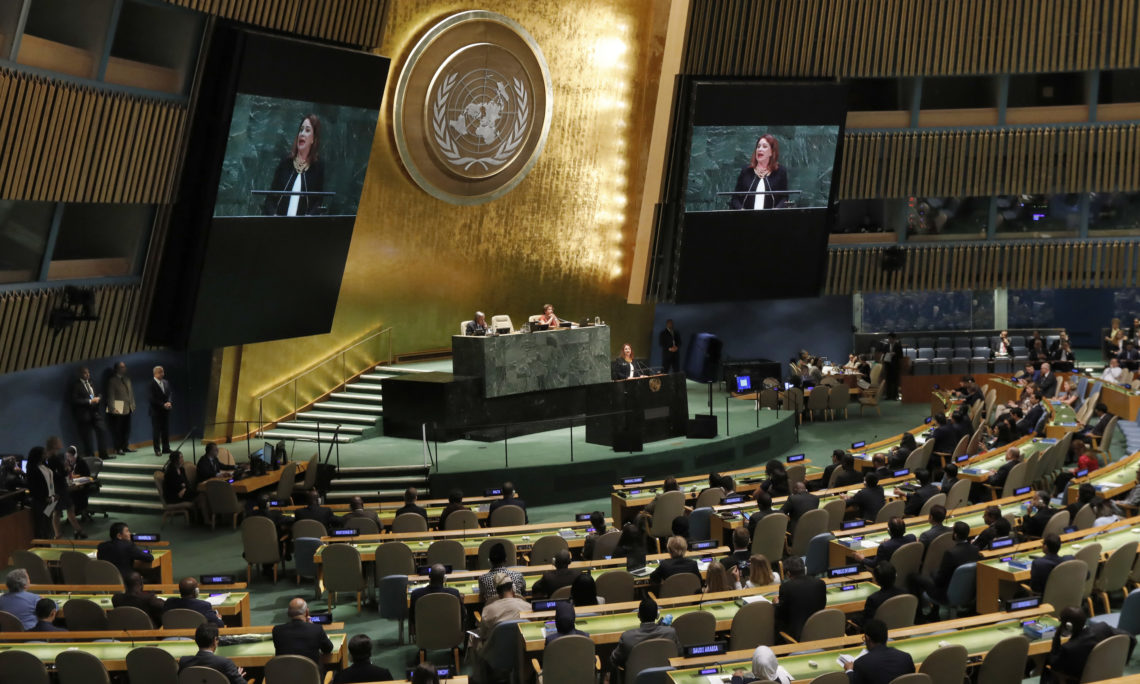 I thought I’d take a few moments to give you a sense of the administration’s priorities for this year’s UNGA, and they fall within five overarching themes. First among the priorities is addressing the global threat posed by weapons of mass destruction. That includes the proliferation of chemical, biological, and nuclear weapons, as well as ballistic missiles. The President intends to chair a UN Security Council meeting on that issue, and you can expect considerable discussion of North Korea, Iran, and Syria in this category throughout High-Level Week and beyond.

The United States will use UNGA High-Level Week to highlight humanitarian crises around the world and to encourage all nations to do more to support humanitarian response and also food security. The United States believes UN member-states can do more to address threats to peace and security, in particular the world drug problem. That’s something that the President, the First Lady, and the Secretary and others will certainly be highlighting in the early part of the week.

The United States will continue to emphasize also global initiatives to defeat ISIS, al-Qaida, and other terror groups that threaten America and its interests. We will reinforce last year’s call for member-states to support meaningful and lasting reform to ensure that the UN is serving the interests of its membership effectively, efficiently, and accountably.