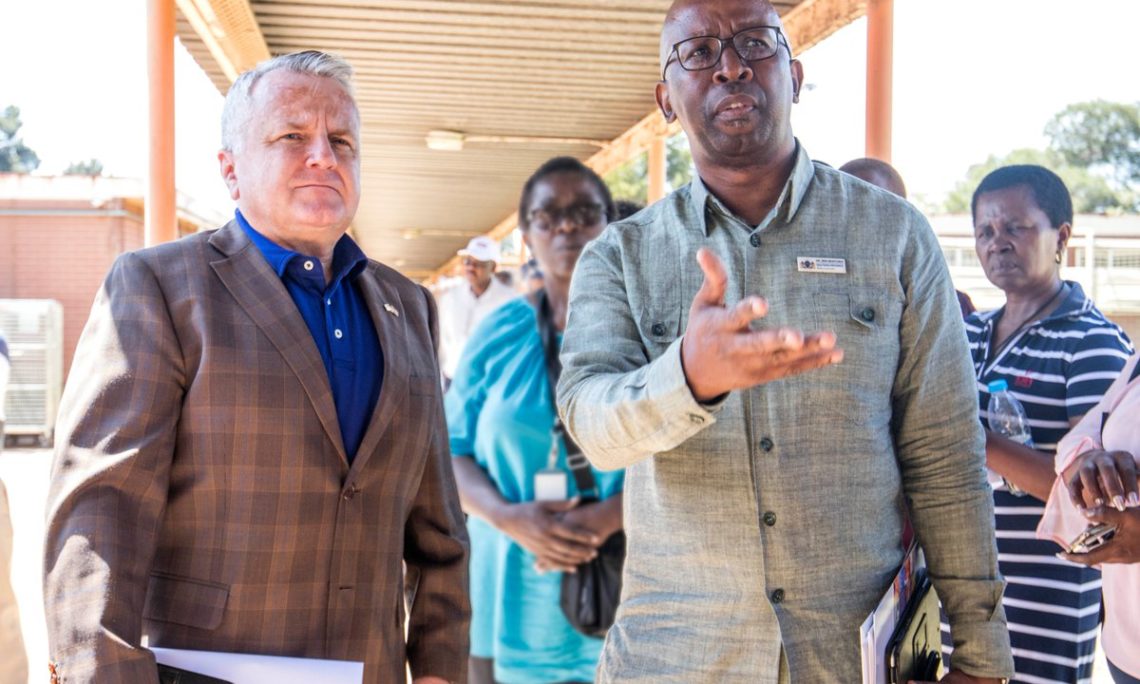 As Ambassador Fite said, I would like to speak today about how the U.S. Africa strategy can unlock the many economic opportunities we’ll discuss at greater length throughout today’s luncheon. I look forward to highlighting the many ways we can work together to promote shared prosperity and security in the United States, in Angola, and across the African continent.

As you know, our administration recently announced the new Africa Strategy to revitalize our engagement with African partners and promote a prosperous and secure future for all Africans.

At the core of this strategy, we’ll work hard to expand economic opportunities; support sustainable and inclusive development; advance peace and security, including combating terrorism and other extremist groups; and promote stability, human rights, good governance, and self-reliance.

The Africa Strategy underscores our long-standing commitment to Africa and to moving African countries away from foreign assistance, toward self-reliance and sustainable financial independence.

Recognizing the enormous economic potential on the continent, the Administration has made the expansion of trade and investment in Africa a key priority for the United States.

By 2025, we expect that nearly two-thirds of the estimated 300 million African households will have discretionary income, which makes this a key market for globally competitive American companies.

In 2017, the United States had $39 billion in two-way trade with sub-Saharan African countries. Our Administration believes we can do a lot better than that.

Already, the United States remains the largest private foreign investor in Africa. From 2001 to 2017, our yearly investment in Africa increased from $9 billion to $50 billion, creating new businesses opportunities across the continent. But even with that increase, we are merely scratching the surface of the available pool of capital the United States can invest in Africa.

I can’t stress enough that the United States values our long-standing and wide-ranging cooperation with our African partners, especially with a strategic partner like Angola

On the African continent, our foreign policy is based on the premise that Africans must be responsible for solving African problems. The second element of our Africa strategy emphasizes African ownership of responses to regional threats to peace and security.

Security institutions must be effective, accountable, and capable for African governments to respond to regional threats to peace and security. That’s why we have provided peacekeeper training and equipment to over 20 African countries.?

Prosperity, security, and stability require strong and accountable democratic institutions. That is why the third core element of our Africa strategy emphasizes self-reliance, good governance, and respect for human rights. Ultimately, we want to end the need for foreign assistance, for the benefit of all. I believe we share the goal of achieving substantial, measurable progress in economic growth; advancement of good government; creation of a level playing field for U.S. and all other international investors; and of course strong rule of law.

The United States wants to encourage African leaders to choose sustainable foreign investments that help their countries become self-reliant, unlike those investments offered by China that impose undue costs.

We ask countries to consider how their relationship with China aligns with their ambitions for sustainable development. Under our Africa Strategy, the United States will expand economic ties on the basis of mutual respect, and we will help African nations take control of their economic destinies.

We encourage Angola and other African countries to choose high-quality, transparent, inclusive, and sustainable foreign investment, not predatory investment and development initiatives that raise debt to unsustainable levels. These loans can impose unnecessary burdens on recipients that jeopardize their sovereignty.

Just as we encourage countries to consider the implications of partnership with China and how it aligns with your own sustainability and prosperity goals, we do the same with regard to Russia. Russia often utilizes coercive, corrupt, and covert means to attempt to influence sovereign states, including their security and economic partnerships.