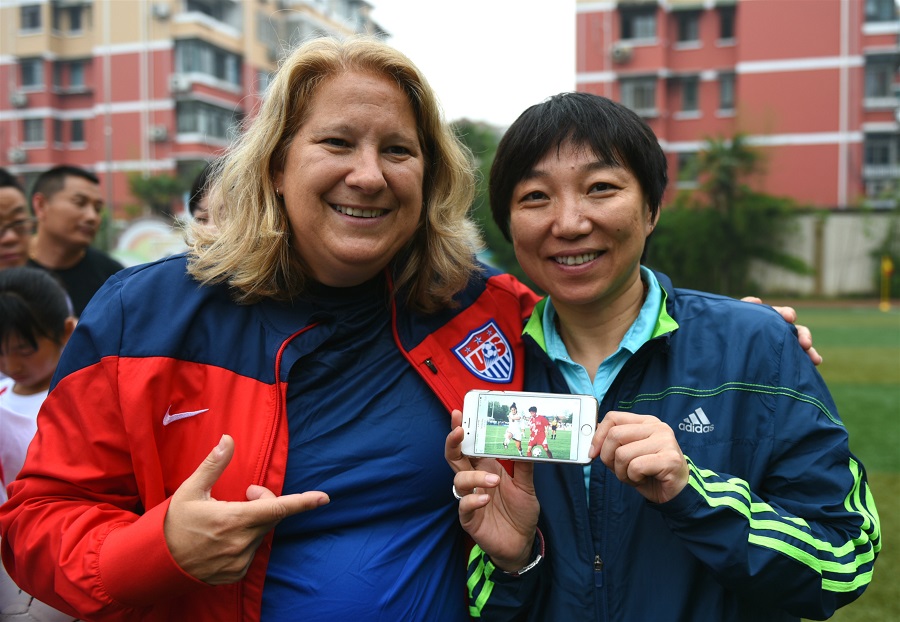 During a whirlwind 5-day program of soccer clinics, media interviews and coach training workshops from May 25-29, Sports Envoys Linda Hamilton and Lauren Gregg inspired thousands of female athletes in east China with their stories from their time on the World Cup-champion U.S. National Team. At almost a dozen programs, the Envoys spoke about the need for more representation for women in sport, as well as the challenges they faced as members of the 1991 team, which won the first-ever Women’s World Cup in China. As part of their tour, they reconnected with members of the same Chinese women’s team they competed against 25 years ago, including FIFA Player of the Century Sun Wen [pictured above with American Envoy Linda Hamilton], who joined them for a joint program at a local sports middle school.