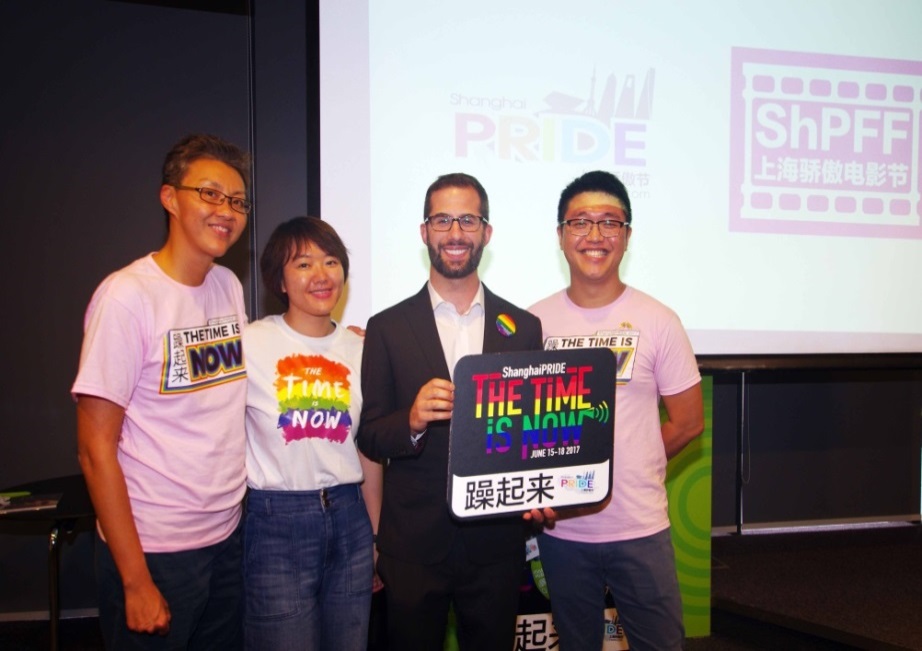 Cultural Affairs Officer Joshua Lustig relayed Secretary of State Rex Tillerson’s message of support for the LGBTI community to an audience of 70 activists and the general public at the opening of the American portion of ShanghaiPRIDE’s pride week film festival.  Public Affairs was a co-sponsor for the event, which helped ShanghaiPRIDE obtain copyrights to a number of U.S. films which will be screened throughout the week and featured in media coverage of Pride’s yearly activities.  This event is one in a series of programs Shanghai is running in June for LGBTI pride month.