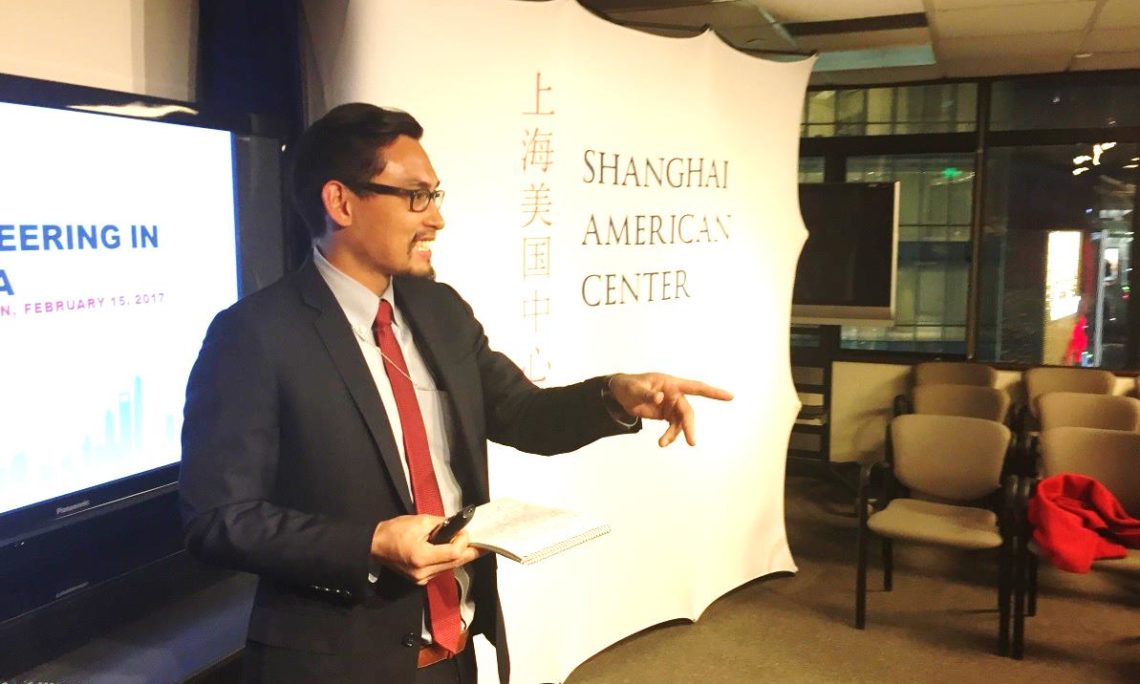 February 15, Shanghai – In the first of a three-part series on American Volunteerism, Vice Consul Doug Mann kicked off this program with an overview of the history of volunteerism in the United States.  Mann explained that America and its development have been closely linked to the work of volunteers since its founding.  From volunteer firefighters and missionaries to Peace Corps volunteers and Teach for America advocates, Americans have a strong tradition of donating their time to worthy causes.  Audience members were surprised to learn that today nearly one in four Americans, an estimated 64.3 million people, have served as volunteers.

Learn about our upcoming events below: