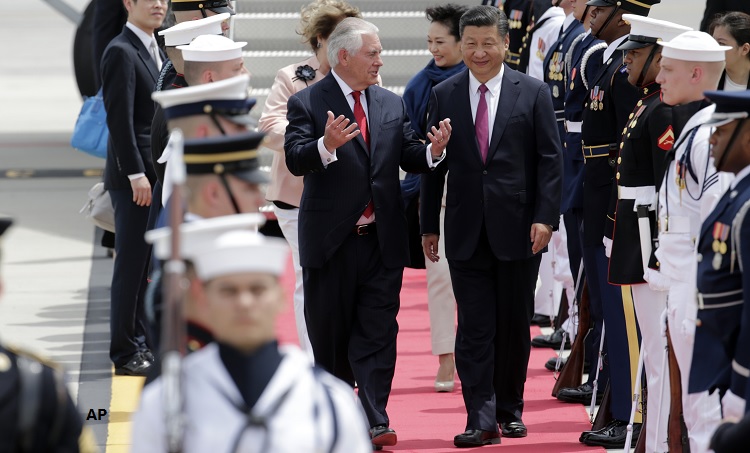 “The Trump administration remains dedicated to working with China toward mutual goals of respect, security, and prosperity. As we do so, we will not shy away from frank discussions which are necessary to narrow our differences. I hope President Xi, First Lady Madam Peng, and the entire Chinese delegation enjoy their visit to the United States, and we look forward to our discussions with them.” – Secretary of State Tillerson at West Palm Beach Airport before the arrival of the President Xi. Read full remarks here: https://www.state.gov/secretary/remarks/2017/04/269540.htm