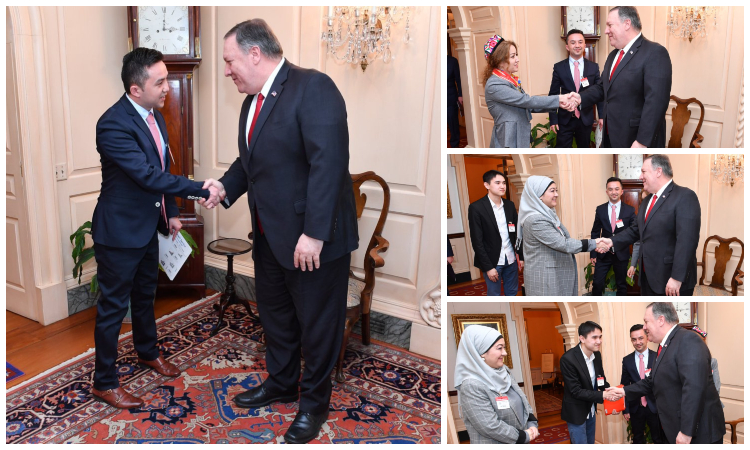 Secretary of State Michael R. Pompeo met yesterday with Mihrigul Tursun, a Uighur Muslim who survived horrific conditions and abuse in a Chinese internment camp in the Xinjiang Uighur Autonomous Region.  Secretary Pompeo also met with three other members of the Uighur Muslim community: Gulchehra Hoja, Ferkat Jawdat, and Arfat Erkin, whose relatives have been detained in the camps or criminally sentenced by Chinese authorities.  These individuals’ family members are among the more than one million Uighurs, ethnic Kazakhs, and members of other Muslim minority groups whom the Chinese government has detained in internment camps since April 2017.  The Secretary commended their bravery in speaking out about China’s abuses, and pledged U.S. support to end China’s campaign of repression against Islam and other religions.

These survivors’ stories are just a few of among hundreds of other stories from survivors of China’s repressive campaign in Xinjiang.  They speak for the million or more voices in Xinjiang who are unable to speak for themselves, move freely, think for themselves, and undertake even the most basic practices of their religion.  The Department of State’s 2018 Human Rights Report on China detailed abuses in these camps, such as torture, repressive surveillance measures, homestays and forcible service of pork and alcohol by Chinese government officials in Muslim homes, confiscations of Qurans, and instances of sexual abuse and death.  We call on the Chinese government to release immediately these individuals’ family members and all others arbitrarily detained in the camps.