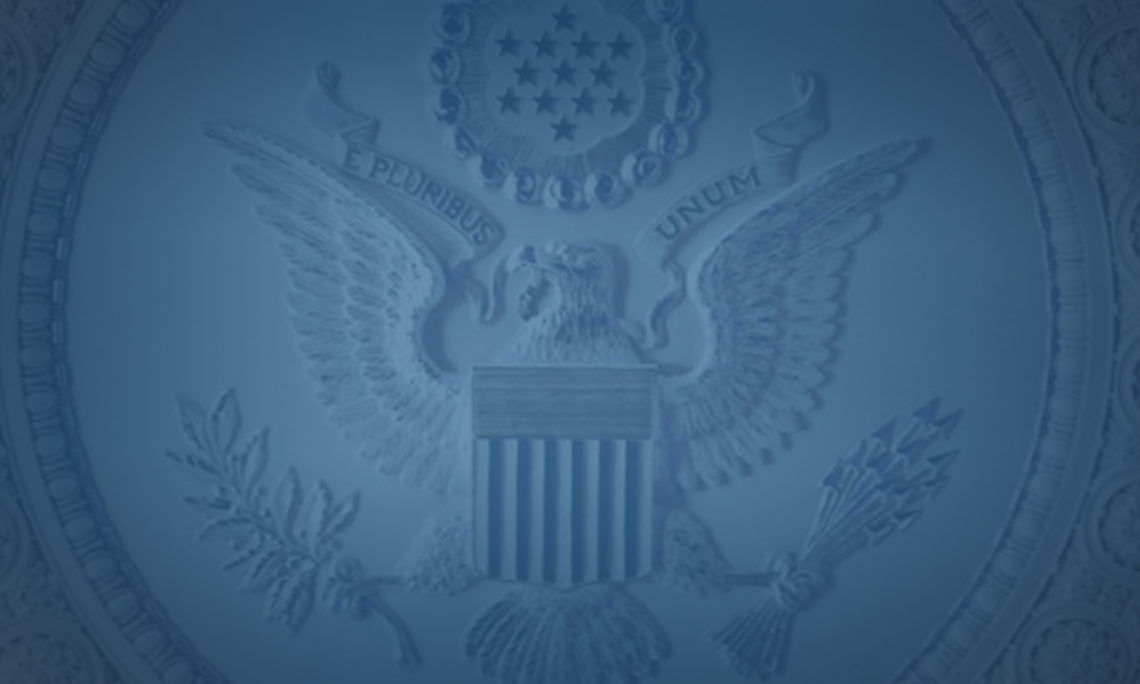 QUESTION:  Joining me right now is the Secretary of State of the United States, Mike Pompeo.  Mr. Secretary, it’s great to have you on the program.

SECRETARY POMPEO:  Maria, it’s great to be with you.

QUESTION:  Thank you so much for joining us.  Can you give us any info in terms of where we are with China on this so-called memorandum of understanding that’s being drafted?

SECRETARY POMPEO:  Yeah, so progress made last week when the teams were negotiating in China.  They’re now in Washington continuing to work. I think real progress, as you said, not just on the trade issues, which matter – that is, the goods exchange – but on intellectual property protection, forced technology transfer, and importantly, enforcement around those.  It’s one thing to write something on a piece of paper; it’s another thing to have enforcement mechanisms. And I know our trade team is hard at work making sure that the American people get that.

QUESTION:  And that’s really what I want to talk to you about, because we talk a lot about the trade and the tariffs issue.  But the militarizing of the South China Sea, the intimidation from the Chinese on people with their ships – they are expanding their military more than any other military in the world today.  I’d like you to assess what China does in terms of its behavior for us before I detail your trip to Poland last week, because it was so important.

SECRETARY POMPEO:  Well, Maria, thanks for this opportunity.  Look, the Chinese behavior is aggressive along every dimension of international power.  You just highlighted their military expansion, certainly geographic expansion into the South China Sea.  And their technology, their weapons systems are getter better. They’re investing heavily in missile systems, space technology – all of those things that can project power beyond their own country.

But they’re also commercially engaged in predatory economic practices – expanding power, building influence through using cheap money, low-cost loans, and hooking countries on deals that will ultimately be bad for the people of those countries.  And then we see this politically too. They are hard at work around the world trying to influence countries to think better of them in spite of the fact that often they show up with deals that aren’t good for the people of the countries with which they’re interacting.

QUESTION:  Yeah.  For example, I know that they’ve gone into Africa in a big way and basically said to a number of African countries we will build your telecom infrastructure.  And of course, that opens them up to spying or tapping into that infrastructure. They’ve also done that in Europe. I know you have an incredible amount of knowledge about China from your days back in the day when you were on the House Intel Committee, and you were the first – you along with Devin Nunes and others – to launch the investigation into some of the practices.

You’re just back from Europe.  And what we heard after your trip from Europe – there’s a lot to talk about your trip to Poland, because it was so important.  But what we read in the Journal yesterday and a lot of the reports was that Europe is pushing back on this idea that President Trump and your administration wants to ban or potentially stop, slow down, the use of Huawei technology.  Is that what you found in Europe?

SECRETARY POMPEO:  So we have spent time not just at this ministerial in Warsaw last week where we had some real successes, but over the past months we’ve been out around the world just making sure everybody had the same information, that countries understand the risk of putting this Huawei technology into their IT systems.  We can’t forget these systems were designed by – with the express work alongside the Chinese PLA, their military in China. They are creating a real risk for these countries and their systems, the security of their people. Europeans care deeply about their privacy. The risk to privacy from this technology is very, very real.  And we’re out sharing this information, the knowledge that America has gained through its vast network, and making sure countries understand the risk. That’s important. We think they’ll make good decisions when they understand that risk.

QUESTION:   We had the former president of Microsoft on this program a couple months ago – Steve Ballmer – and he said that 90 percent of the companies in China use the Microsoft operating system, one percent pay for it.  It cost Microsoft $10 billion a year in profit.

SECRETARY POMPEO:  Yeah, this enormous transfer, this unlawful transfer of American wealth, American innovation and creativity that’s taken place over the last decades, is enormous.  It’s historic. The Trump administration is determined to push back against it. We opened by talking about these trade agreements that are being worked on in Washington even as we speak.  They will attempt to address this.

The Chinese need to acknowledge that this is taking place, need to put structural changes in place to prevent it from taking place, and then there needs to be an enforcement mechanism so that the whole world can know that these things aren’t continuing to happen.

QUESTION:  Let me go back to Asia as we conclude, because you’ve got the North Korea summit next week.  The President will meet with President Xu – Xi, rather, pardon me. And some of the comments that the President has made this week was – I was taken aback.  He said look, a few things recently, I’m in no rush here, the summit will be like the last one, we’ll make some progress. Is he ratcheting down expectations?

SECRETARY POMPEO:  No, I don’t think he’s ratcheting down expectations at all.  You have to remember where we came into this. We came in when missiles were being tested, nuclear weapons were being tested.  We haven’t had tests of either of those types of systems for well over a year now. We’ve had the return of remains of Americans.  I have a team on the ground in Hanoi now. I had one in Pyongyang a couple weeks back. Real progress being made. And now the two leaders – goodness, a week or so from now, the 27th and 28th – will be together on the ground in Hanoi, and I hope we can make real progress, that Chairman Kim will begin to fulfill the commitment he made in June in Singapore of last year to denuclearize his own country.

QUESTION:  I mean, what would be – what would be progress?  I mean, you don’t expect that he’s going to denuclearize right away, right?  Because aside from – we know that there haven’t been any missiles, we know that the President has moved the ball forward, you have moved the ball forward, but no denuclearization announcement.

SECRETARY POMPEO:  Maria, I remember I was a young soldier patrolling the East German border in 1989.  No one anticipated that the wall would come down on the day that it came down. I am hopeful that the world gets a day like that here as well, where no one expects that North Korea will take this action.  I think the work that we’ve done, the economic sanctions that have been in place, the negotiations that President Trump has led – I hope one day we all wake up and we get a moment just like the one that the world had in 1989.

QUESTION:  And final question on China.  How does that fit into all of this with the talks on China?

SECRETARY POMPEO:  We hope the Chinese will continue to play a constructive role.  They have been helpful, and we appreciate that a great deal. The whole world has come together to put pressure on North Korea.  We hope the Chinese will continue to do that and be a very constructive force for what would be a great thing for the people of America and the people of the world.