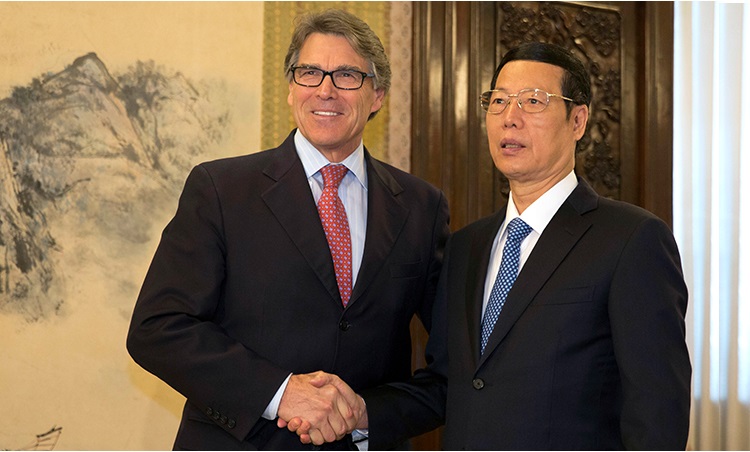 Secretary of Energy Rick Perry met with Chinese Executive Vice Premier Zhang Gaoli at Zhongnanhai on June 8, 2017 to discussed a variety of important issues of mutual interest to both the United States and China, including the development of clean energy technologies such as LNG, carbon capture, utilization and storage, renewable energy, and nuclear energy.

U.S. Secretary of Energy Rick Perry said, “There is much that China and the United States have in common as we strive to improve the energy, environment and economy for our respective countries and the world. The leadership the United States and China provide will set the course for others to follow. I enjoyed a very productive discussion with the Executive Vice Premier today about how we can increase clean energy production, clean up the environment, create jobs and grow our economies.”