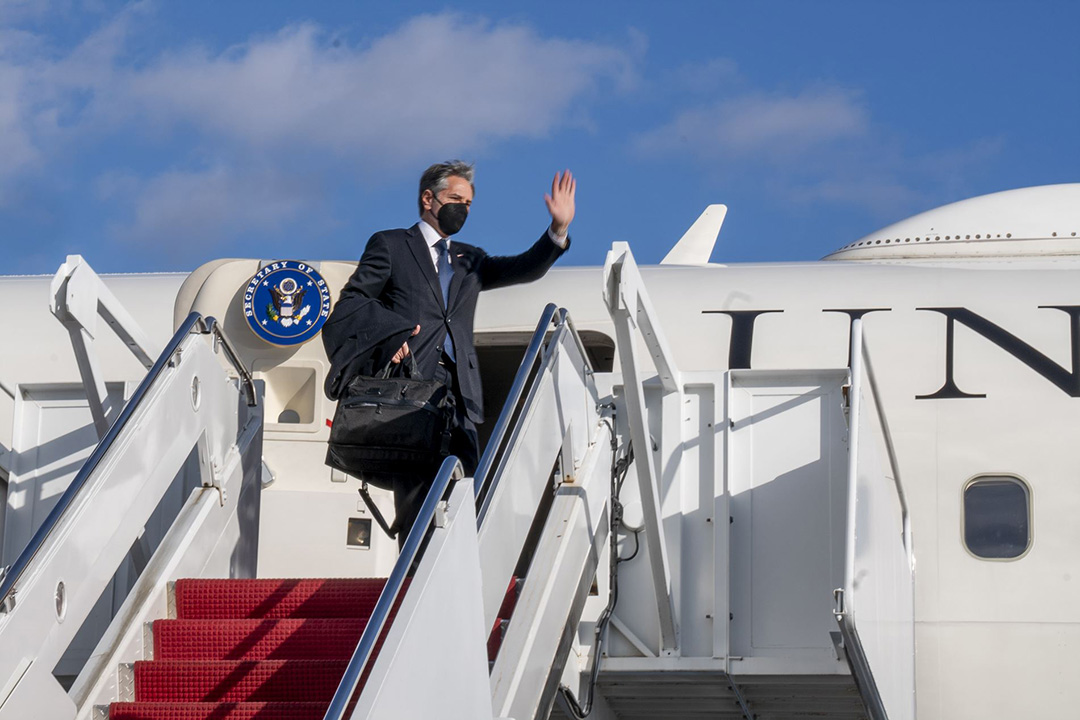 Secretary of State Antony J. Blinken will travel to Kyiv, Berlin, and Geneva from January 18 to 21, 2022.  The trip follows extensive diplomacy with our European Allies and partners about a united approach to address the threat Russia poses to Ukraine and our joint efforts to encourage it to choose diplomacy and de-escalation in the interests of security and stability.

Secretary Blinken will begin his trip in Kyiv, Ukraine, where he will meet with President Volodymyr Zelenskyy and Foreign Minister Dmytro Kuleba on January 19 to reinforce the United States’ commitment to Ukraine’s sovereignty and territorial integrity.  The Secretary will also meet with the employees and families of the U.S. Embassy to communicate the Department’s efforts to plan for contingencies, should Russia choose to escalate further.

On January 20, Secretary Blinken will travel to Berlin, Germany to discuss recent diplomatic engagements with Russia and joint efforts to deter further Russian aggression against Ukraine, including Allies’ and partners’ readiness to impose massive consequences and severe economic costs on Russia.  The Secretary will meet with Foreign Minister Annalena Baerbock, followed by a meeting with the Transatlantic Quad.

The Secretary will then travel to Geneva, Switzerland, on January 21 to meet with Russian Foreign Minister Sergey Lavrov to engage on areas of bilateral concern and urge Russia to take steps to de-escalate and remove its troops along Ukraine’s border.

The Secretary’s travel and consultations are part of the diplomatic efforts to de-escalate the tension caused by Russia’s military build-up and continued aggression against Ukraine.