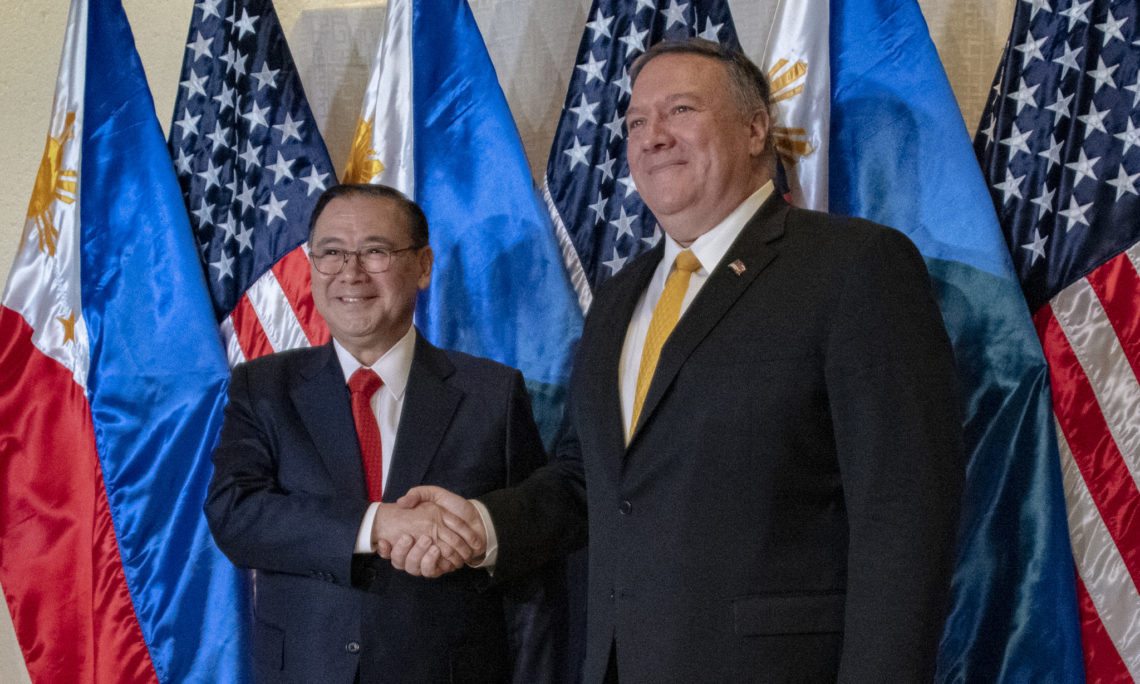 As an island nation, the Philippines depends on free and unobstructed access to the seas. China’s island-building and military activities in the South China Sea threaten your sovereignty, security, and therefore economic livelihood, as well as that of the United States. As the South China Sea is part of the Pacific, any armed attack on Philippine forces, aircraft, or public vessels in the South China Sea will trigger mutual defense obligations under Article 4 of our Mutual Defense Treaty.

I also relayed to President Duterte and Foreign Secretary Locsin details of the talks held in Hanoi. We appreciate the Philippines’ firm support for our maximum pressure campaign and for continued diplomacy.

Economically, Filipinos can have confidence that America will remain a close friend in helping them to achieve their national dreams. In November of 2017, President Trump announced America’s commitment to a free and open Indo-Pacific. I reinforced that commitment with a speech on America’s economic vision for the region last July. The big thing of that engagement is this: Where America goes, we seek partnership, not domination.

Energy is certainly one area in which the United States is eager to build new cooperation in the region as well. Demand for energy in Asia is going to skyrocket in the coming years, and American companies are poised to invest billions in the region. They’re the best partners to deliver reliable, secure, and affordable supplies of energy.

Similarly, American companies are best partners in the priority areas of infrastructure, development, and the digital economy, because they operate with the highest standards of transparency and adherence to the rule of law. The same cannot be said for Chinese state-run or state-backed enterprises.

And finally, I raised with my counterparts the importance of protecting the rights and liberties of all Filipinos, including free speech, a free press, and due process under the law.