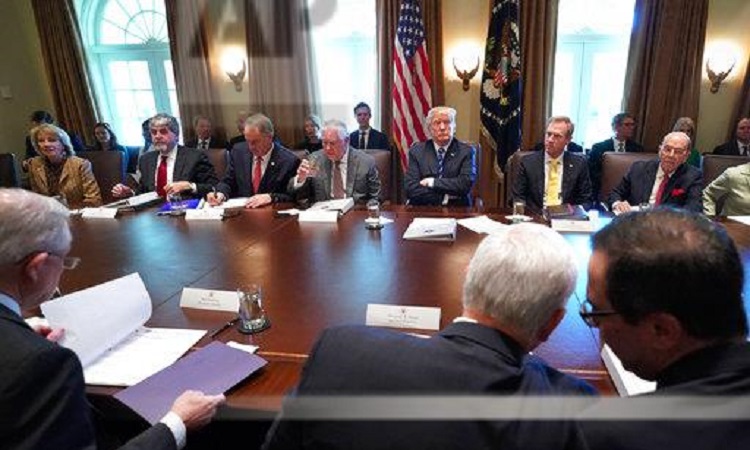 One of the primary goals of our trip was to pursue the denuclearization of the Korean Peninsula. I want to begin this morning by meeting and by talking about the fact that we will be instituting a very critical step, and that will start right now. Today, the United States is designating North Korea as a state sponsor of terrorism. It should have happened a long time ago. It should have happened years ago.

In addition to threatening the world by nuclear devastation, North Korea has repeatedly supported acts of international terrorism, including assassinations on foreign soil.

As we take this action today, our thoughts to turn to Otto Warmbier, a wonderful young man, and the countless others so brutally affected by the North Korean oppression. This designation will impose further sanctions and penalties on North Korea and related persons, and supports our maximum pressure campaign to isolate the murderous regime that you’ve all been reading about and, in some cases, writing about.

Tomorrow, the Treasury Department will be announcing an additional sanction, and a very large one, on North Korea. This will be going on over the next two weeks. It will be the highest level of sanctions by the time it’s finished over a two-week period.

The North Korean regime must be lawful. It must end its unlawful nuclear and ballistic missile development, and cease all support for international terrorism — which it is not doing.

Thank you. Thank you very much.