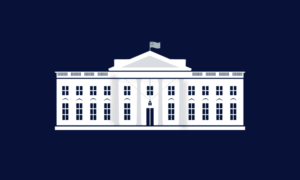 I want to provide an update to our people, to our citizens — to the world, frankly — on our action to address the coronavirus and those that have been hurt badly by it.

As an important part of our efforts, on Monday, I’ll be meeting with the largest pharmaceutical companies in the world, actually.  They’ll be coming to the White House, and we’re talking about a vaccine and developing, very quickly — and they’ve already started working on it — developing, very rapidly, a vaccine for the virus, to combat the virus.

From the moment that this country learned of the spread of the coronavirus, President Donald Trump took decisive action and established the White House Coronavirus Task Force.  And as the President just described, the President took unprecedented action to suspend all travel into the United States from China. It simply had never been done before by any previous administration.  And it is among the reasons why the threat to Americans of coronavirus remains low, despite today’s tragic news from Washington State.

The task force met this morning and brought the President a range of options.  And at his direction, we will be doing the following:

First, the President authorized action today to add additional travel restrictions on Iran.  We will be using Section 212(f), banning travel from Iran. Iran is already under a travel ban, but we are expanding existing travel restrictions to include any foreign national who has visited Iran within the last 14 days.

In addition to moving Iran, we are going to increase to the highest level of advisory — which is level four — advising Americans do not travel to specific regions in Italy and South Korea.

Let me say again: The President today has authorized the State Department to increase the travel advisory for Americans to level four.  We are urging Americans to not travel to the areas in Italy, and the areas in South Korea, that are most affected by the coronavirus.

The President has also directed the State Department to work with our allies in Italy and in South Korea to coordinate a screening — a medical screening in their countries of any individuals that are coming into the United States of America. And we look forward to working with them in a collaborative and a cooperative way.

Now, with regard to the task force, I’m just a few days into this job, but I can tell you, having spent time with these extraordinary professionals that the President just alluded to, having spoken directly to more than a dozen governors — including Governor Jay Inslee this morning in Washington State — I am — I think every American would be proud to know what I’ve heard about the work of HHS, the work of CDC, the work of all of our agencies.

In addition to that, the Assistant Secretary for Preparedness and Response will be announcing today courses of action to increase the availability of masks, as well as prioritizing availability to high-risk healthcare workers, modifying guidance, and developing a whole-of-nations communications plan.

SECRETARY AZAR:  ……  Let me begin by, on behalf of all of the officials at HHS and our whole teams, expressing our sadness for the loss of this patient in the state of Washington.  Any single death for us is a real tragedy. And our sympathy to her family and our solidarity with all those who are and will suffer from the novel coronavirus.

But it’s important to remember: For the vast majority of individuals who contract the novel coronavirus, they will experience mild to moderate symptoms, and their treatment will be to remain at home, treating their symptoms the way they would a severe cold or the flu.

For some individuals, a smaller percentage, especially those who may be medically fragile, they will require medical attention, including possibly hospitalization.

FAUCI:  ……I want to first, again, as the entire team feels, to extend our sympathies to the family of the individual who expired as a result of this particular virus and this particular disease.

But I also want to underscore and emphasize the points that the Secretary made about what is evolving here.  You’ve heard of the terminology, “community spread.” Well, community spread is when you have infection in the community in which you don’t have a direct link to a known index case.  That really challenges us with something that we need to do and that we do very well. The state and local health authorities, in collaboration with the CDC, would need to identify, isolate, and contact trace.  And that’s what’s going on right here in the country.

With regard to the particular area that’s involved now in Washington, the country as a whole — because we get asked that all the time — still remains at low risk.  But when we say that, we want to underscore that this is an evolving situation. And in real time, we will keep you appraised of what is going on just the same way as though we are doing it today.

So how do you address this new challenge?  There’s what we do from within and what we do from without.  I hearken back to the original decision that was made by the President of making sure that we knew the scenario that was going on in China.  We prevented travel from China to the United States. If we had not done that, we would have had many, many more cases right here that we would have to be dealing with.

So when you have cases throughout the world, the way we’re seeing now — South Korea, Italy, Iran, and places like that — the United States cannot be completely immune to that.  The challenge is how we deal with it. And I can assure you all the resources that are necessary are going to be put into dealing with what we see evolving right now.

Q:    Thank you, Mr. President.  You mentioned the drop of spread in China, the coronavirus cases.  Is the U.S. government considering evaluating similar measures in the U.S. in case the situation gets worse?

THE PRESIDENT:  Some measures.  We’ve been in very close contact with China, including myself with President Xi.  He very much wanted this to happen. He wanted this to get out and finished and be done.  He worked — he’s been working very, very hard, I can tell you that. And they’re making a lot of progress in China.

You probably saw Starbucks are now opened again.  You probably saw that — as I mentioned, Tim just came out and he said Apple is back to normal in terms of production in their facilities in China.  They’ve made a lot of progress.

No, our relationship with China is very good.  Maybe it’s closer because of what’s happened here, because it was — you know, in a certain way, this can bring the world closer, if you want to know.  It can really do that.