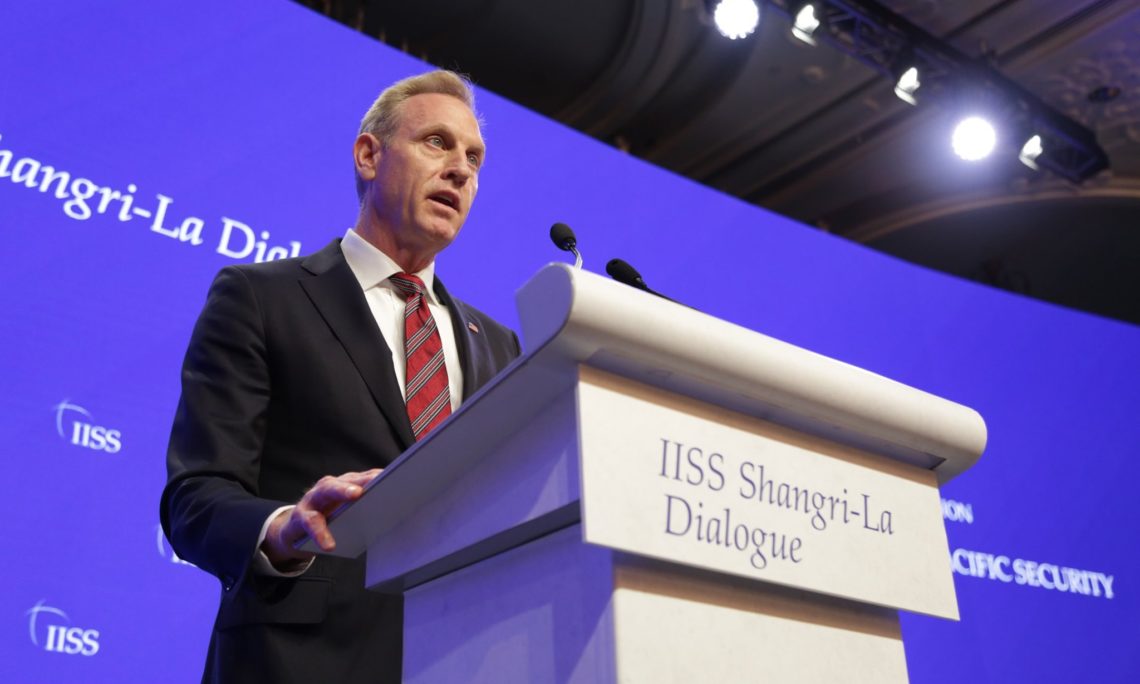 Acting Secretary of Defense Patrick M. Shanahan met today with ministers and heads of delegation from across Southeast Asia on the sidelines of the Shangri-La Dialogue in Singapore to discuss the United States’ vision and strategy for the Indo-Pacific region and to listen to their perspectives on security challenges and opportunities for increased cooperation.

Acting Secretary Shanahan had a robust exchange of views with the ministers and representatives on regional security issues, focusing on counterterrorism and maritime security cooperation.  Participants welcomed strong U.S. engagement in the region and expressed appreciation for U.S.-ASEAN cooperation, particularly the upcoming U.S.-ASEAN Maritime Exercise (AUMX) planned for later this year.  Secretary Shanahan reaffirmed support for ASEAN centrality and the U.S. vision for a free and open Indo-Pacific that safeguards the rules-based international order in which every voice is heard and respected.

The Ministers highlighted the importance of ASEAN speaking with one voice, welcomed continued

progress in fostering practical defense cooperation within the ASEAN Defense Ministers’ Meeting Plus (ADMM Plus) framework, and looked forward to the conduct of the seventh ADMM-Plus in November of this year.