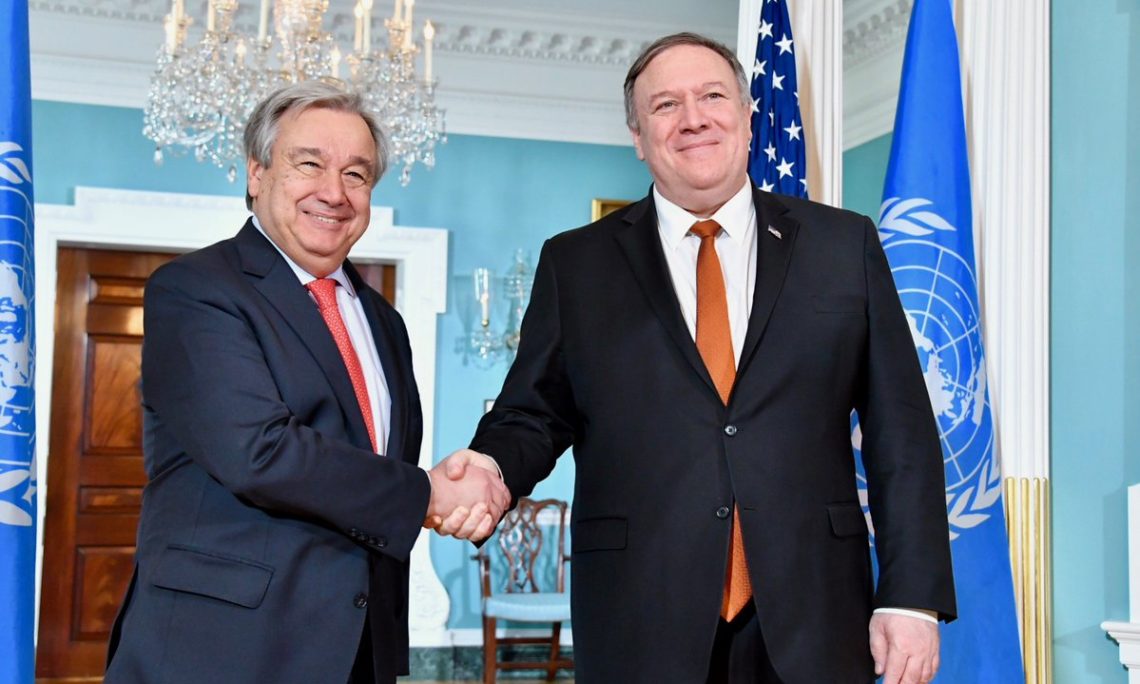 The below is attributable to Deputy Spokesperson Robert Palladino:‎

Secretary Michael R. Pompeo met today in Washington with UN Secretary-General Antonio Guterres. The Secretary extended his condolences on the tragic loss of life of United Nations affiliated personnel on Ethiopian Airlines Flight 302. The Secretary and UN Secretary-General discussed the denuclearization of the Korean peninsula, ongoing events in Venezuela, and the humanitarian crisis in Yemen, among other matters. The Secretary expressed concern that Iran’s destructive and disruptive activities across the Middle East undermine the UN’s efforts to resolve conflicts.