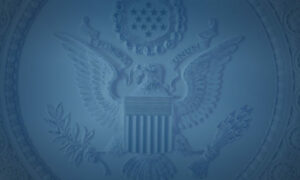 The United States is disappointed by the decision of the Hong Kong Government to prosecute and convict several Hong Kong residents for organizing peaceful protests during the Occupy Central movement in 2014. We are concerned that this decision will limit or discourage the people of Hong Kong from exercising the basic freedoms guaranteed them under the Joint Declaration.

It is important for Hong Kong to respect its residents’ rights of freedom of speech and peaceful assembly, as enshrined in the Basic Law. We expect courts and judges to exercise independence and fairness, in accordance with Hong Kong’s longstanding traditions.

The United States and our partners are also closely monitoring proposed amendments to Hong Kong’s Fugitive Ordinance law, which would allow for individuals to be transferred to China at the request of Communist Party authorities.

The State Department’s 2018 Human Rights Report on China documents reports of human rights violations and abuses carried out by China’s legal system, as well as general deterioration of respect for the rule of law.

Hong Kong civil society organizations and private sector associations, including the Hong Kong Bar Association, American Chamber of Commerce in Hong Kong, and other business groups, have expressed opposition to the proposed changes.

Societies are best served when diverse political views are respected and can be freely expressed. Continued erosion of the “One country, Two systems” framework puts at risk Hong Kong’s long-established special status in international affairs.