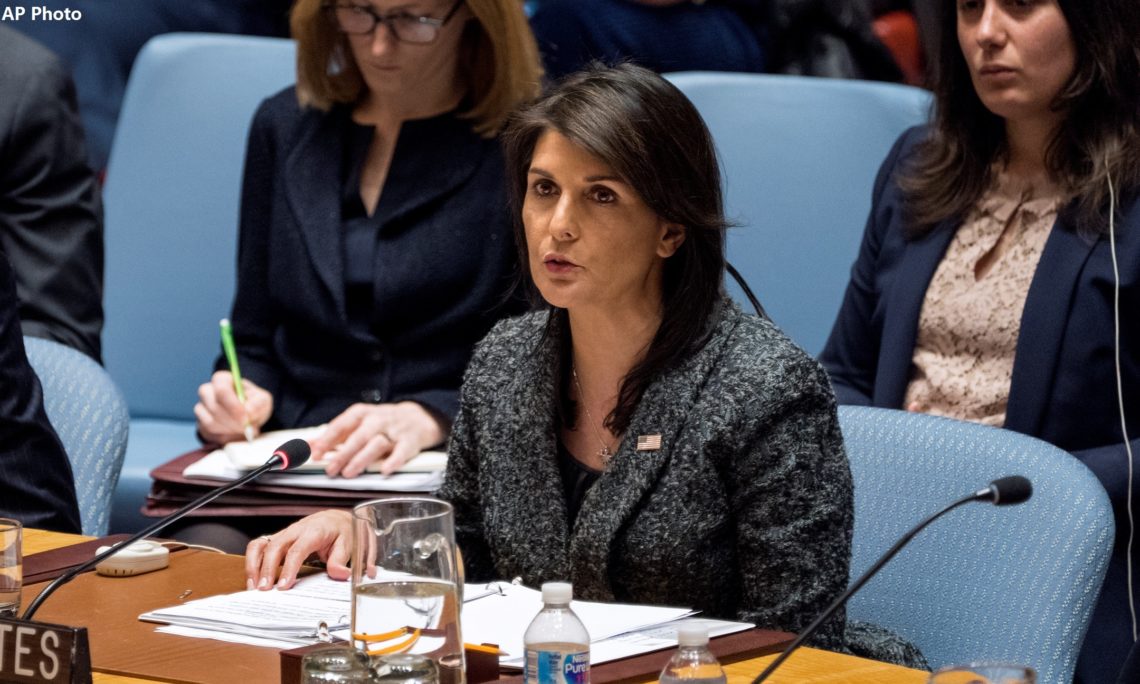 Office of Press and Public Diplomacy

The U.S. Mission to the UN submitted today a list of designation proposals to the UN Security Council’s 1718 North Korea Sanctions Committee aimed at shutting down North Korea’s illicit maritime smuggling activities to obtain oil and sell coal. The proposed listings were submitted along with supporting evidence demonstrating that these entities have engaged in or provided support for illegal North Korean activities in violation of UN Security Council resolutions. This action coincides with today’s U.S. Treasury Department actions – the announcement of the largest-ever North Korea sanctions package – and is part of a coordinated U.S. government effort to continue the maximum pressure campaign on the North Korean regime and systematically shut down its maritime smuggling activities.

“Today’s unprecedented actions make it clear that the United States will not let up on North Korea. We are ramping up the pressure on the North Korean regime, and we’re going to use every tool at our disposal, including working with our allies and through the UN, to increase the pressure until North Korea reverses course. The world will not accept a nuclear North Korea,” said Ambassador Haley.