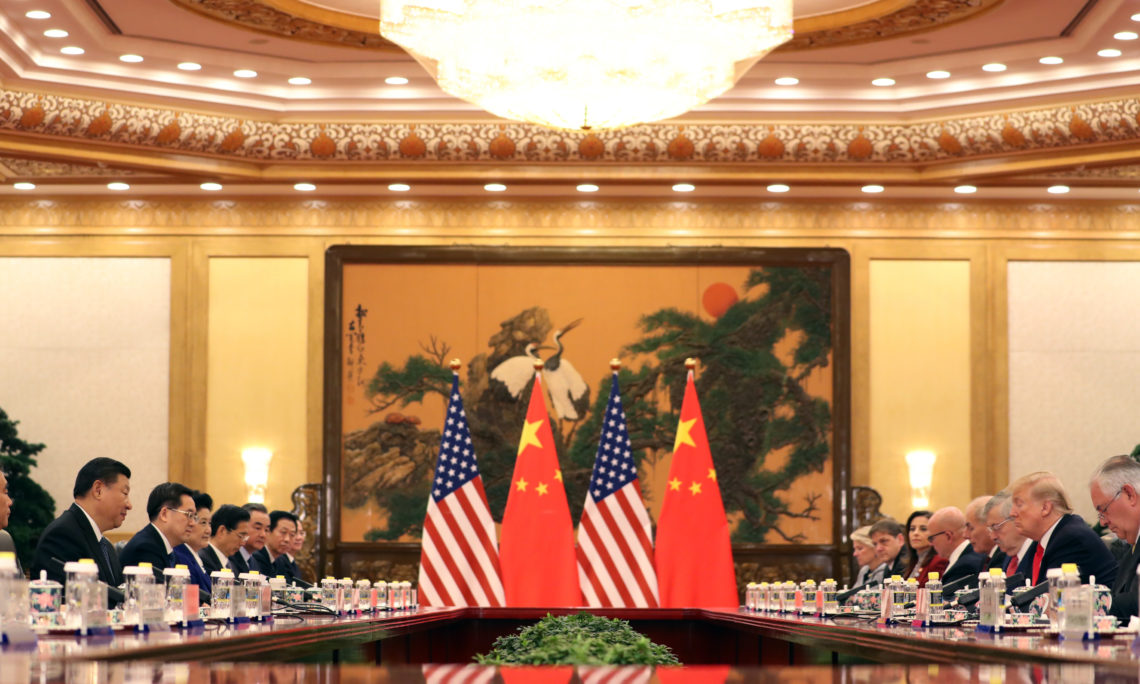 PRESIDENT TRUMP: Mr. President, thank you very much. It is an honor to be with you. There can be no more important subject than China-U.S. relations. We have between us, and we have to include some other countries, which would quickly come in. We have a capacity to solve world problems for many, many years to come.

Our meeting last night was absolutely terrific. Our dinner was beyond that. We had a dinner that was going to last quickly twenty, twenty-five minutes, because I was traveling and you were so nice and you said, we’ll just do a quick dinner. And I think it had to last at least two hours and we enjoyed every minute of it with your beautiful wife and Melania together. Their relationship is a great one and our relationship has already proven to be a great one. Our meeting this morning, in front of your representatives and my representatives was excellent, discussing North Korea and I do believe there’s a solution to that as you do. Discussing trade with the United States, knowing that the United States really has to change its policies because they’ve gotten so far behind on trade with China, and frankly with many other countries. And I have great respect for you for that, because you’re representing China, but it’s too bad that past administrations allowed it to get so far out of kilter, but we’ll make it fair and it’ll be tremendous for both of us.

My feeling toward you is an incredibly warm one. As we said, there’s great chemistry. And I think we are going to do tremendous things for both China and for the United States. And it is a very, very great honor to be with you. Thank you very much. The hosting of the military parade this morning was magnificent and the world was watching. I’ve already had people calling from all parts of the world – they were all watching – nothing you can see is so beautiful, so I just want to thank you for the very warm welcome and I look forward to many years of success and friendship, working together to solve not only our problems, but world problems and problems of great danger and security. I believe we can solve almost all of them and probably all of them. Thank you very much for having us. Very much appreciated.