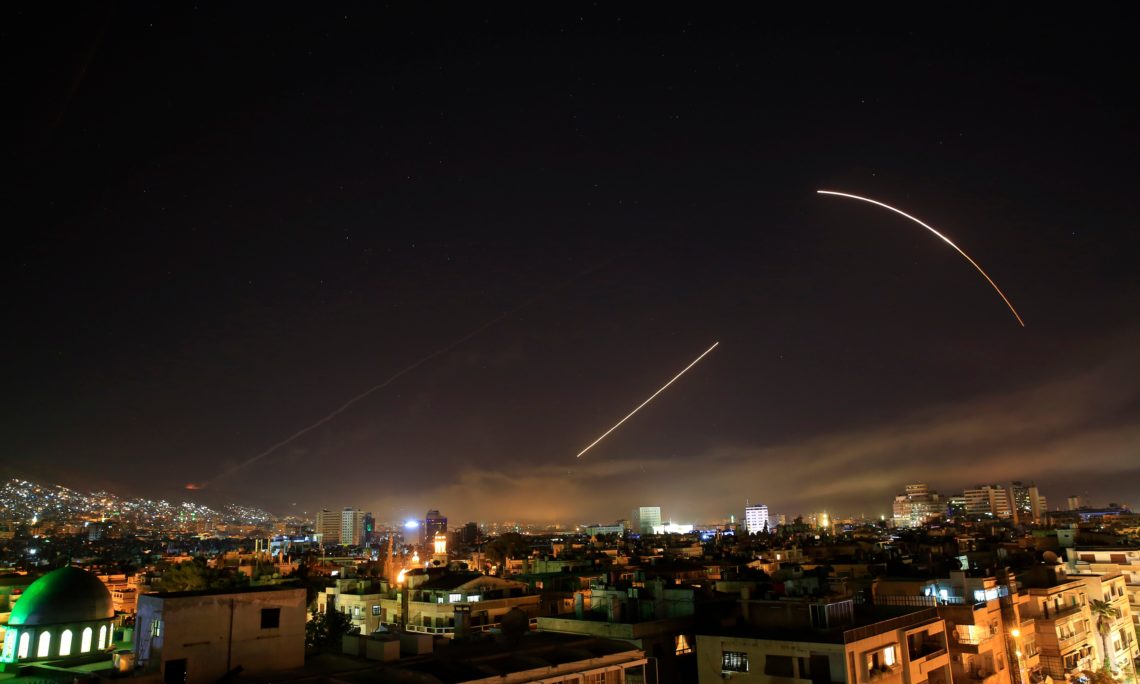 FILE - In this Saturday, April 14, 2018 file photo, missiles streak across the Damascus skyline as the U.S. launches an attack on Syria targeting different parts of the capital. (AP Photo/Hassan Ammar, File)

“I call on all civilized nations to join us in seeking to end the slaughter and bloodshed in Syria.”

CALL FOR ACTION IN SYRIA: President Donald J. Trump is joining with allies to call on Syria and Syria’s defenders to declare and dismantle Syria’s chemical weapons arsenal.

A PATTERN OF HEINOUS CRIMES: The Assad regime’s April 7, 2018 use of chemical weapons is only the latest in Assad’s continued pattern of heinous aggression against his own people.

A CADRE OF WILLING ENABLERS: Russia and Iran have contributed to the discord and chaos in Syria, providing a shelter for Assad to continue his terrible chemical weapons attacks.