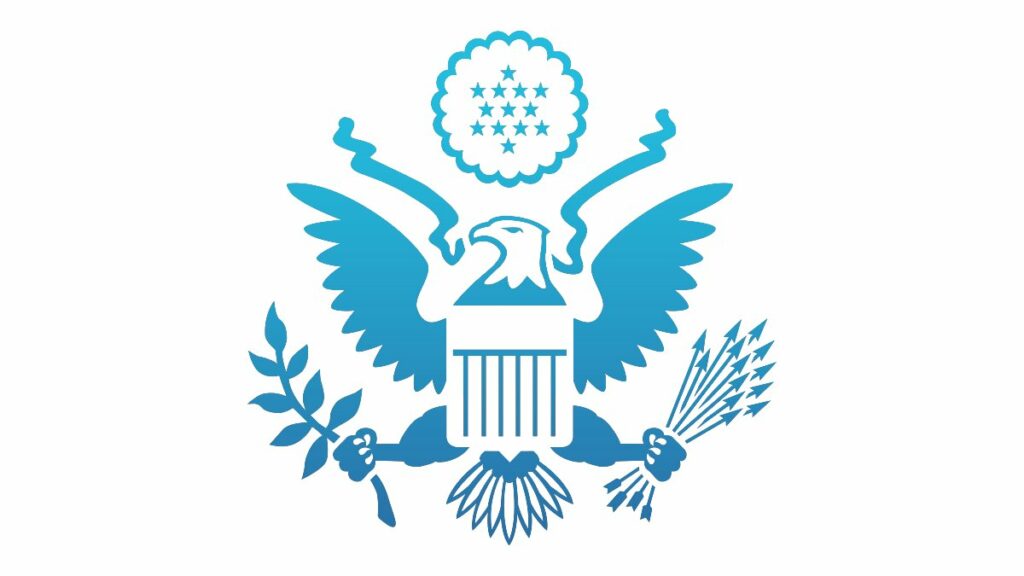 This report is also available in Arabic, Chinese, and French.

The People’s Republic of China (PRC) actively attempts to manipulate and dominate global discourse on Xinjiang and to discredit independent sources reporting ongoing genocide and crimes against humanity conducted against predominantly Muslim Uyghurs and members of other ethnic and religious minority groups in the Xinjiang Uyghur Autonomous Region.  PRC-directed and -affiliated actors lead a coordinated effort to amplify Beijing’s preferred narratives on Xinjiang, to drown out and marginalize narratives that are critical of the PRC’s repression of Uyghurs, and to harass those critical of the PRC.

PRC messaging tactics seek to drown out critical narratives by both flooding the international information environment to limit access to content that contradicts Beijing’s official line, and by creating an artificial appearance of support for PRC policies. Messengers use sophisticated A.I. -generated images to create the appearance of authenticity of fake user profiles.  The PRC works to silence dissent by engaging in digital transnational repression, trolling, and cyberbullying.

Flooding To Drown Out Critical Narratives

The PRC floods conversations to drown out messages it perceives as unfavorable to its interests on search engines  and social media feeds, and to amplify Beijing’s preferred narratives on its treatment of Uyghurs.  Pro-PRC stakeholders flood information ecosystems with counternarratives, conspiracy theories, and unrelated news items to suppress narratives detailing PRC authorities’ atrocities in Xinjiang. Government social media accounts, PRC-affiliated media, private accounts, and bot clusters, likely all directed by PRC authorities, assist in this effort.

Astroturfing To Create a False Appearance of Support

To manipulate narratives on Xinjiang, pro-PRC actors engage in “astroturfing ,” or coordinated campaigns of inauthentic posts to create the illusion of widespread grassroots support for a policy, individual, or viewpoint, when no such widespread support exists.  Similar to flooding, the PRC uses astroturfing to inundate the information space with “positive stories ” about Xinjiang and the Uyghur population, including manufactured depictions of Uyghurs living “simple happy lives,” as well as posts emphasizing the purported economic gains that the PRC’s policies have brought to Xinjiang.  In mid-2021, more than 300 pro-PRC inauthentic accounts posted thousands of videos of Uyghurs seeming to deny abuse in the region and claiming they were “very free.” These videos claimed to show widespread disagreement throughout Xinjiang with claims in international media that Uyghurs were oppressed.  However, according to the New York Times  and ProPublica , propaganda officials in Xinjiang created most of these videos, which first appeared on PRC-based platforms and then spread to YouTube and Twitter, in order to manipulate public opinion.

A.I.  Generated Images Used To Create the Appearance of Authenticity

Since at least January 2021 , pro-PRC networks have used advanced artificial intelligence-generated content, such as StyleGAN machine-learning  generated images, to fabricate realistic-looking profile pictures for their inauthentic accounts.  Unlike stolen images of real people, these tools create composite images that cannot be traced using a reverse image search, making it harder to determine whether the account is inauthentic.  Some of these accounts repeatedly denied the PRC’s atrocities in Xinjiang, falsely asserting that the body of overwhelming and objective independent evidence of the atrocities is simply a fabrication of the United States and its allies.

PRC-sponsored transnational repression targets those who speak out against the PRC, particularly in Chinese diaspora communities , with on- and offline harassment to prevent them from sharing their stories or to intimidate them into self-censorship. Trolling campaigns are designed to silence  those who speak out against the PRC, to poison the information environment with bad-faith arguments, and to silence opposing viewpoints.  Trolling campaigns frequently evolve into threats of death, rape, or assault; malicious cyber-attacks; and cyberbullying or harassment through doxxing  – publishing an individual’s personal information online without their permission, including their full name, home address, or job.  In March 2021, the PRC Ministry of Foreign Affairs (MFA) publicly questioned  several individuals’ claims of maltreatment.

PRC Xinjiang narratives focus on denying criticism and amplifying “positive stories” in an attempt to counter accusations of genocide and crimes against humanity.  The most aggressive PRC messengers often go on the offensive, creating false equivalencies with the actions of other countries to distract from international criticism of PRC behavior.

PRC messengers both post and amplify content that denies claims made by independent media outlets and internationally renowned think tanks.  In response to third-party accusations  that the PRC subjects Uyghurs to forced  labor , a wave of PRC diplomatic  accounts , PRC- and Chinese Communist Party (CCP)-affiliated media  organizations , and suspected bot  networks  posted stories about the mechanized  cotton harvesting process in Xinjiang, suggesting that the Xinjiang cotton industry has no need for forced labor.  This messaging avoided responding to reports regarding the PRC authorities’ transfer of an estimated 100,000 Uyghurs out of Xinjiang in “coercive labor placements ” to work in factories elsewhere in the PRC.

PRC actors use hashtags such as #AmazingXinjiang and #Xinjiang to amplify positive stories about Xinjiang and counter independent reporting of allegations of crimes against humanity and genocide by PRC authorities.  Stories of a multicultural society  living in harmony  stand in contrast to the reality of the PRC’s extensive surveillance  of Uyghurs, including PRC officials living  in Uyghur homes for at least six weeks a year.  This messaging aims to divert attention from reports regarding the PRC’s “demographic engineering ” campaign to systematically increase  the Han Chinese population in Xinjiang and to “dilute ” Uyghur population concentrations  in the region.

PRC actors, including voluble diplomats in the MFA’s Information Department use “whataboutism” and false equivalencies  to distract from the PRC’s policies in Xinjiang and to portray accusers as hypocritical .  Their arguments do not advance the case that the PRC is innocent; rather, they make the point that other countries are equally guilty of abuses.  Despite these efforts to distract from the situation in Xinjiang, independent media outlets, academics, and human rights activists have published multiple eyewitness accounts and verifiable data that the PRC has imprisoned  an estimated one million people  and that credible evidence exists of torture , forced  sterilization , and other abuses.

The PRC’s most aggressive messengers are  a subset of PRC diplomatic officials known for their confrontational messaging.  Additionally, PRC- and CCP-affiliated media spread Xinjiang-related disinformation on a global scale in at least a dozen languages.  To reach and resonate with global audiences, the PRC turns to private media companies and multilingual social media influencers.  Trolls take the lead on attacking, stirring controversies, insulting, and harassing netizens to poison the information environment and distract from narratives critical of the PRC.

Most of the PRC’s diplomatic social media messaging is positive and tends to focus on highlighting good relations with other countries and seeks to burnish the PRC’s image. A minority  of MFA officials – dubbed “wolf warriors ” by some commentators – use social media platforms to defend the PRC’s national interests, often in confrontational ways .  These individuals are most likely to try to deny, “disprove,” and deflect narratives that run counter to PRC official messaging.  For example, to distract from the atrocities in Xinjiang, PRC messengers spread a false narrative  claiming that the CIA was trying to foment unrest  in Xinjiang in order to bring down the PRC.  This aggressive style allows the PRC to experiment with different types of messaging to see what plays well at home and abroad.  For example, some MFA officials’ accounts repeatedly spread disinformation and conspiracy theories  regarding the origin  of the virus  that causes COVID-19 and about Russia’s unjustified and unprovoked war  against Ukraine.

PRC- and CCP-affiliated media outlets like China Global Television Network, China Daily, China Radio International, and Xinhua produce content in at least 12 languages and devote significant resources to advertising on social media.  In February 2021, facing growing international scrutiny over the PRC’s genocide in Xinjiang, Xinhua released a “fact sheet ” containing numerous false claims, such as stating that the internment camps holding Uyghurs in Xinjiang are “vocational education and training centers”’ that have “fully guaranteed the trainees’ personal freedom and dignity.” However, detainees’ testimonies published by Amnesty International  allege that the PRC subjected them to regular interrogation, torture, and other mistreatment. The PRC partners with foreign media to republish both PRC-produced and PRC-backed content to local audiences, giving Beijing’s chosen narratives a level of authority and credibility they would not be able to achieve on their own.  For example, Kenya Broadcasting Corporation ran a story by an anonymous author in November 2019 on the PRC’s “poverty alleviation ” policy in Xinjiang, causing observers to question its validity  and whether it was PRC propaganda.

The PRC outsources and privatizes  some of its foreign language information operations to take advantage of private sector innovation.  The PRC government engages with at least 90 PRC-based firms to design foreign-facing information manipulation campaigns to portray the PRC positively.  For example, a publishing organization operated by the Xinjiang Uyghur Autonomous Region Bureau of Radio, Film and Television and affiliated with the CCP’s United Front Work Department paid a marketing company  to create videos depicting Uyghurs supporting the PRC government, which a network of inauthentic accounts then amplified on Twitter and YouTube.

Inauthentic networks  of bots as well as real accounts that tweet and retweet PRC-approved narratives flood the information space and support astroturfing campaigns.  One network of accounts posts information denying  atrocities in Xinjiang or accusing “the West” of hypocrisy and another, larger network of accounts amplifies it through retweets and reposting.  Stanford University’s Internet Observatory Cyber Policy Center assesses that the PRC’s English-language inauthentic networks have not been successful  at gaining traction among foreign audiences.

PRC authorities believe social media influencers can help to push PRC messaging to shape local information environments due to their relatability and authenticity.  CCP planners seek to adapt how they reach younger media consumers globally and are designing foreign propaganda to be more “youthful” and viral while strictly adhering to political “red lines .” In June 2021, Shen Haixiong, the head of state-run China Media Group – which falls under the direction of the CCP’s Propaganda Department – promoted  the use of “multilingual internet celebrity studios ” to enhance the PRC’s image in key regions.  Analytics firm Miburo Solutions identified more than 200 third-country influencers  affiliated with PRC state media creating social media content in at least 38 languages, including English, Spanish, French, Arabic, and Russian with an average reach of 309,000 followers.  Miburo found that the PRC uses influencers to advance its narratives regarding Xinjiang by obscuring state media employees’ affiliations and by orchestrating pro-PRC Western influencers’ tours of Xinjiang.

Internet trolls mainly working under the auspices of the People’s Liberation Army, the Central Cyberspace Affairs Commission, or the Communist Youth League directly attack critics online.  According to the French Military School Strategic Research Institute , PRC trolls’ tactics include defending the PRC, attacking and trying to discredit critics, feeding controversies, insulting, and harassing.  The PRC’s Cyberspace Affairs Commission and Central Propaganda Department directly employ an estimated two million people nationwide in this capacity and another 20 million working as part-time “network civilization volunteers .”  These forces target the PRC’s domestic audience and Chinese-speaking diaspora communities.  In response to the Hong Kong protests  in 2019, the PRC started to invest more in influencing users of U.S.-based platforms, such as Twitter, Facebook, and YouTube, as well as international platforms, such as VKontakte and Telegram.  In 2021, cybersecurity firm FireEye’s Mandiant Threat Intelligence arm  and Google’s Threat Analysis Group identified elements of an ongoing PRC-backed information operation  that targeted a range of issues, including Xinjiang, in various languages across 30 social media platforms and 40 websites.