Home 设为首页 | News & Events | People in Chengdu Participate in the U.S. Election at the Consulate 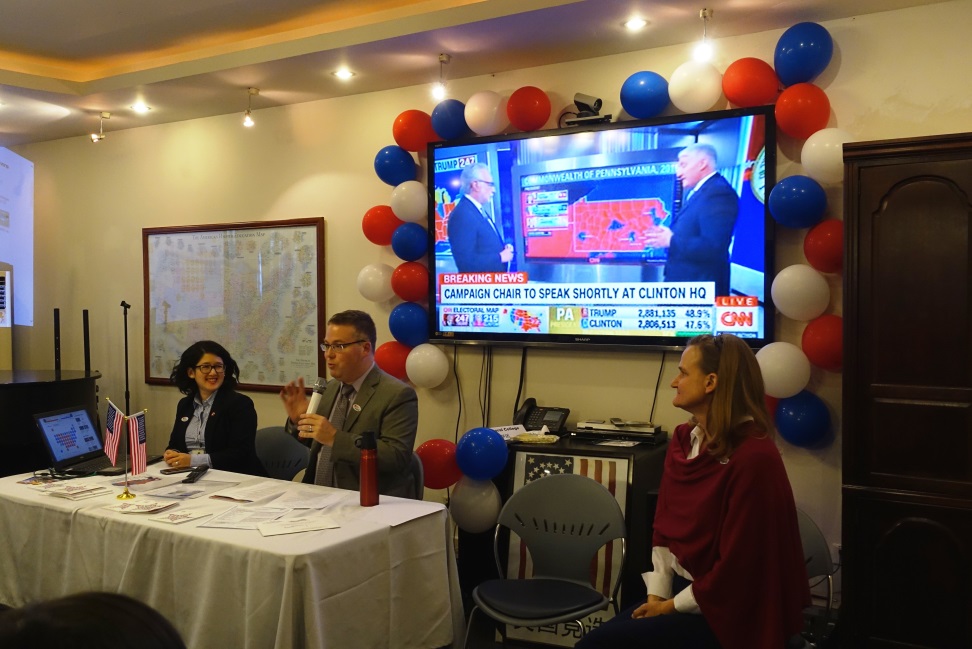 200 members of the public watched the results of the U.S. presidential election live at the U.S. Consulate Chengdu on November 9, 2016. In the morning, as participants watched live election results come in, they also learned more about U.S. democratic processes at interactive stations that covered the Electoral College, political parties and campaigning, and U.S. presidential trivia. In the afternoon, Public Affairs Officer Keith Lommel led a panel discussion that coincided with the announcement of the winner of the 2016 presidential election, giving the audience the opportunity to watch the results and President-elect Trump’s victory speech live. The panel also answered questions from the audience on the Electoral College system, the accuracy of polling, the role of media in elections, and freedom of speech. The audience gained a better understanding of the democratic process and American values, especially free speech and an independent media, while witnessing in real time an exciting and surprising moment in U.S. history. To learn more about the consulate’s cultural events, follow the U.S. Consulate on Weibo.