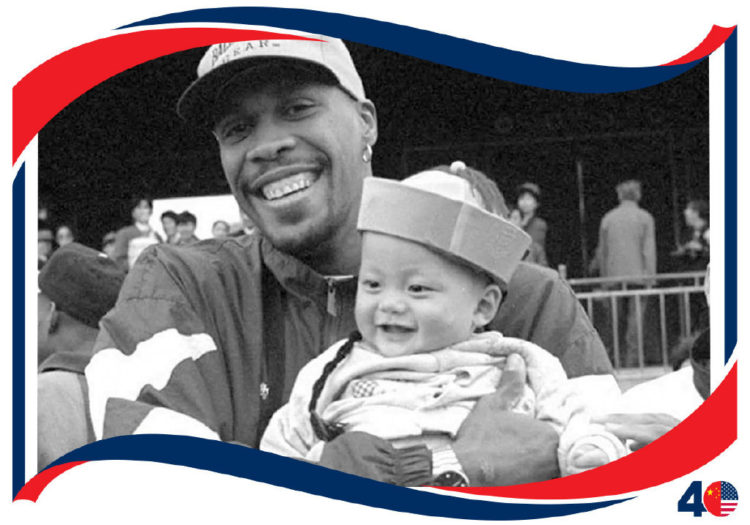 #OnThisDay in1996, Anderson Jackson, an American basketball player, held a Chinese infant as he posed for a picture during a visit to Tiananmen Square in Beijing. Jackson, and 21 other American players, and eight coaches were in China to take part in a series of matches with the a,the Chinese National Basketball Alliance (CNBA), a professional Chinese league  which operates by American NBA rules.(AP Images) 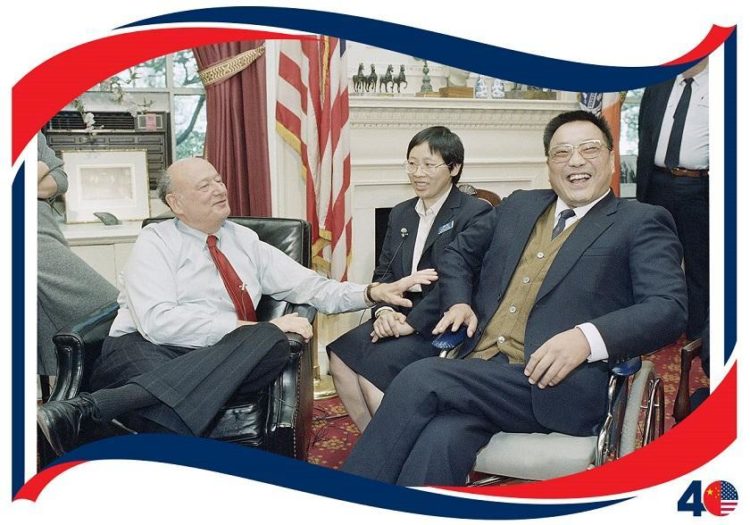 #OnThisDay in 1987, Deng Pufang, director-in-chief of the China Fund for the Handicapped, seated in a wheelchair, visited with New York Mayor Edward I. Koch at New York’s City Hall. He is the son of Deng Xiaoping, China’s senior national leader. Deng led a delegation on a private visit to the U.S. to learn about American society including facilities for and by the disabled.(AP Images) 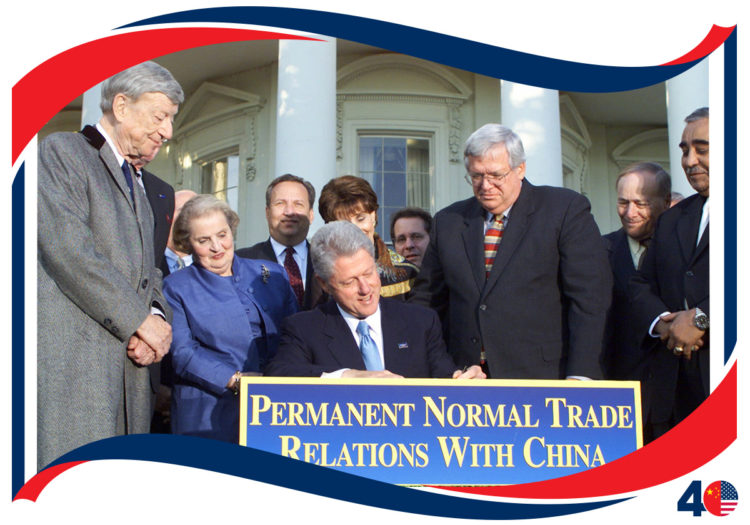 #OnThisDay in 2000, President Clinton signed into law a bill that normalized trade relations with China.(AP Images) 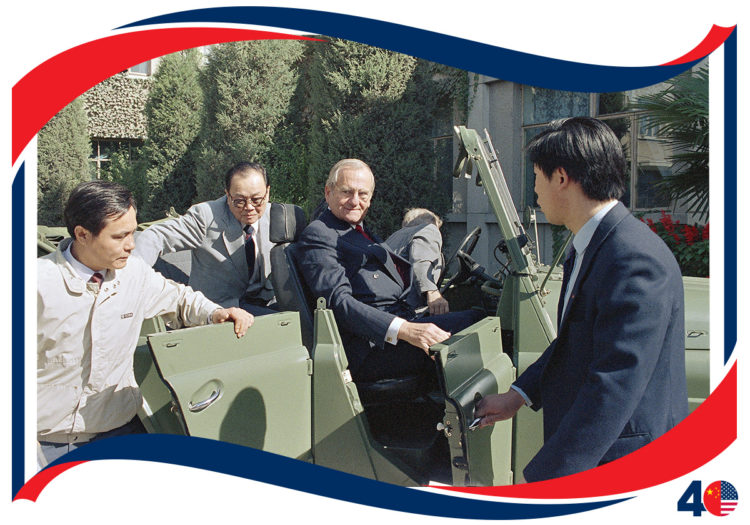 #OnThisDay in 1988, Chrysler Chairman Lee Iacocca emerged from a BJ212 light-duty jeep at the Beijing Jeep Corp., a joint venture in which Chrysler has a 31 percent equity interest. Beijing Jeep, which produced 30,000 vehicles a year at that time, presented Iacocca the jeep in honor of his visit to China.(AP Images) 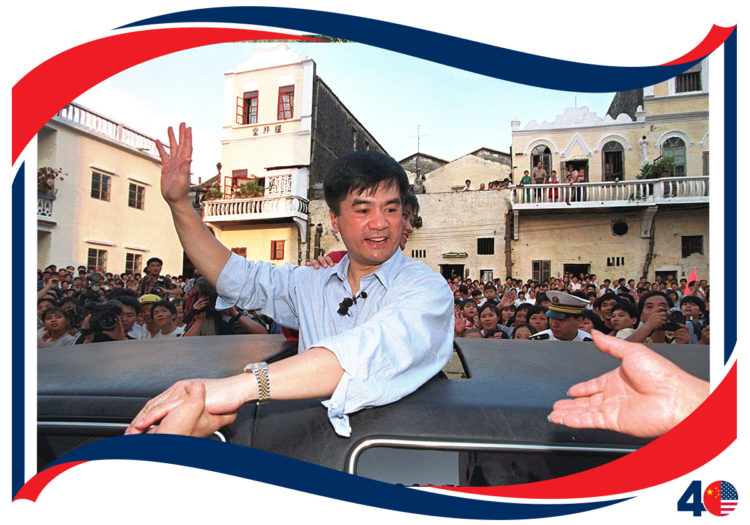 #OnThisDay On Oct. 11, 1997, Governor Gary Locke, the first Chinese-American to govern a U.S. state, shook hands and waved to the crowd during his first visit to his ancestral home in Jilong village in southeastern China. Locke, then governor of Washington State, was greeted by thousands of people. Locke later served as U.S. Ambassador to China from 2011 to 2014.(AP Images) 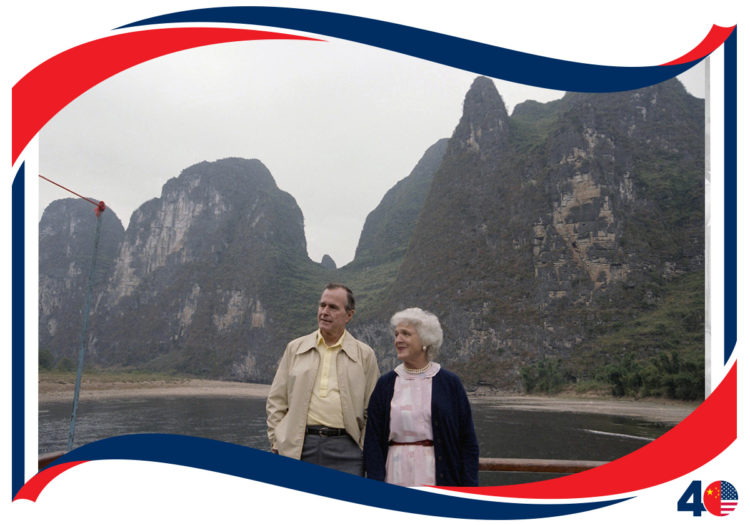 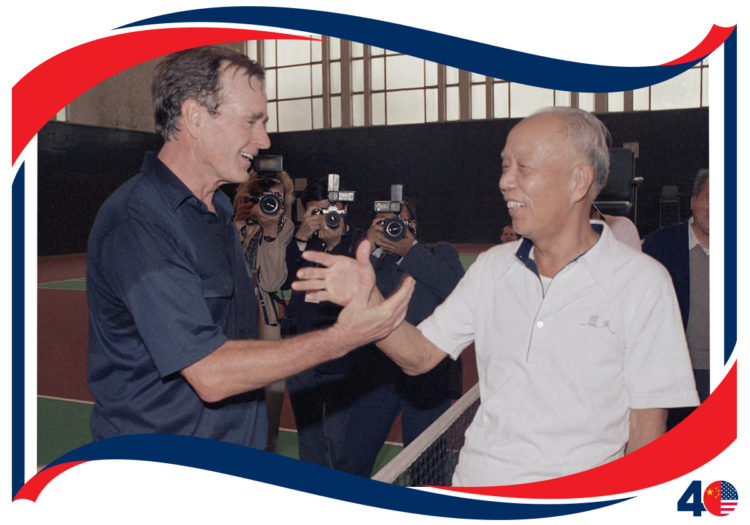 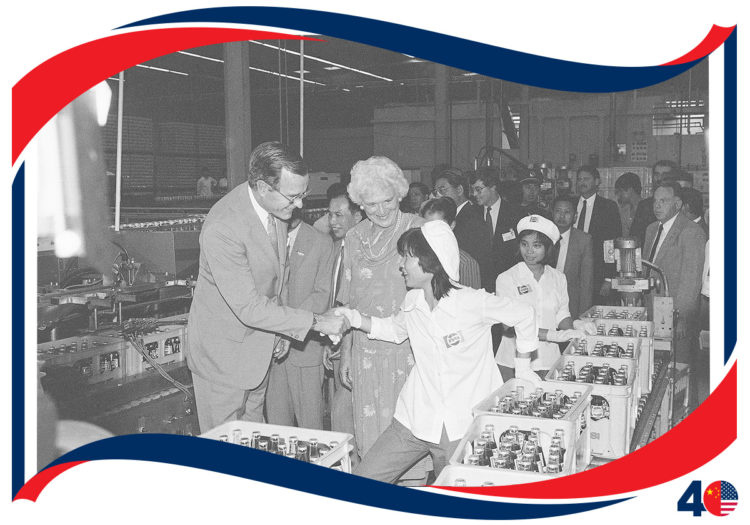 #OnThisDay in 1985, U.S. Vice President George Bush shook hands with a worker at a Pepsi Cola plant in Shenzhen, on the last stop of his six-day China tour.(AP Images) 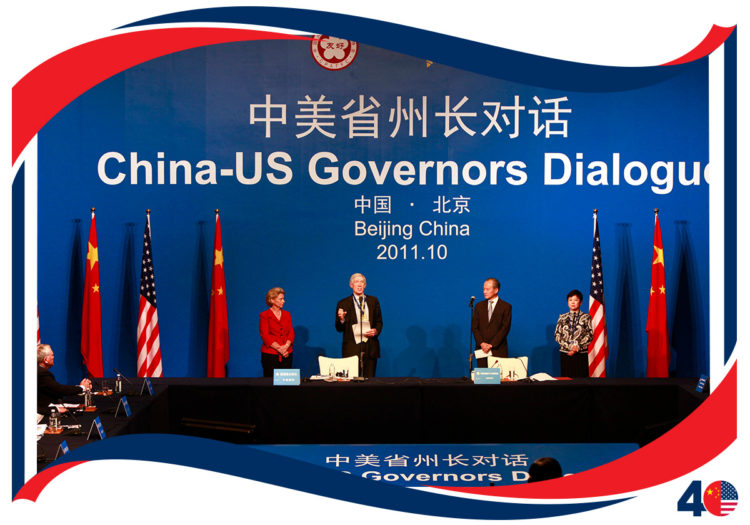 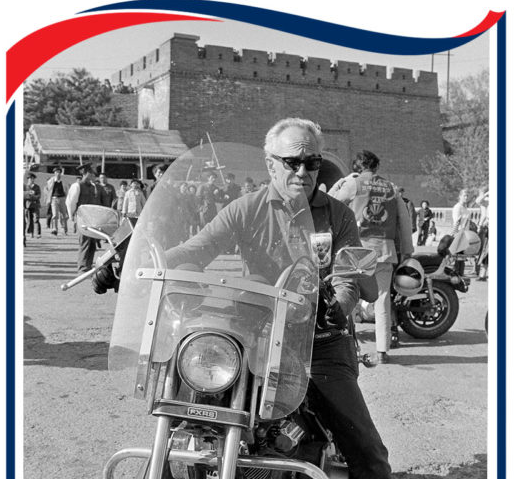 #OnThisDay in 1982, Malcolm Forbes, the American publisher of Forbes business magazine arrived at the Great Wall on his motorcycle. Forbes led a group of American bikers on a tour from Xian to Beijing.(AP Images) 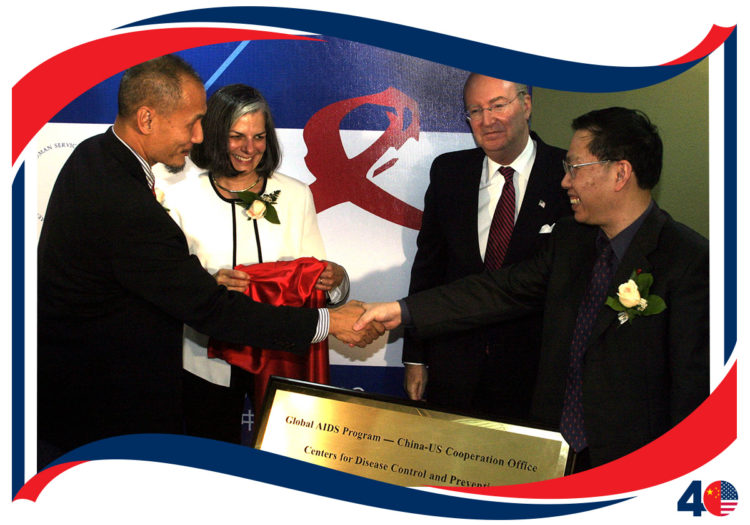 #OnThisDay in 2003, Ray Yip, program director of the newly inaugurated China office of the Global AIDS Program (GAP) of the U.S. federal Center for Disease Control and Prevention (CDC), shook hands with Huang Jiefu, vice minister of the Chinese Ministry of Health, during the inauguration ceremony as U.S. Ambassador Clark Randt, and Julie Louis Gerberding, director of the CDC looks on at the center office in Beijing. The Global AIDS Program brought in US$15 million over 5 years and a team of experts to help China improve its ongoing efforts in controlling the spread of AIDS.(AP Images) 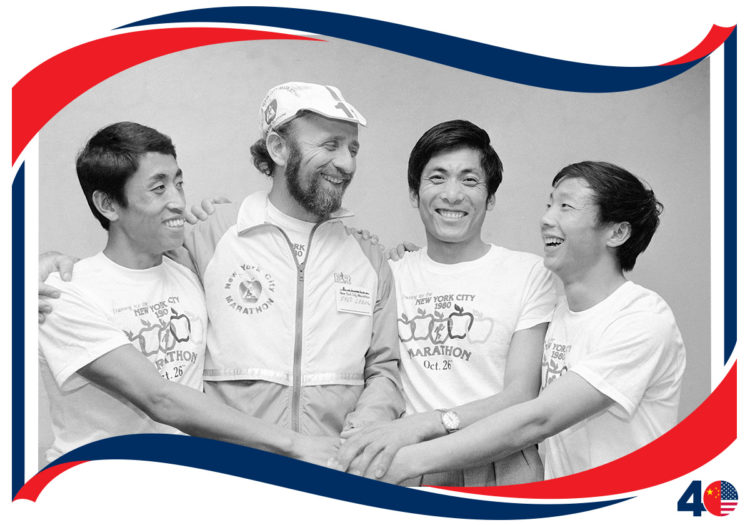 #OnThisDay in 1980, Fred Lebow, president of the New York Road Runners Club met with three long distance runners from the People’s Republic of China in New York. The Chinese runners were invited to enter the New York City Marathon by Lebow.(AP Images) 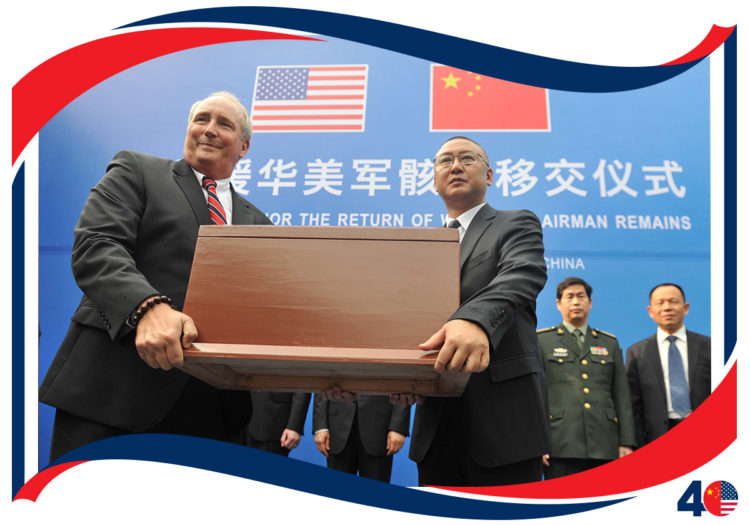 #OnThisDay in 2015, Fan Jianchuan, curator of Jianchuan Museum, delivered a casket containing the remains of American airmen who supported Chinese troops during World War II to an American official during a ceremony to honor the return of WWII U.S. airman remains at Jianchuan Museum in Chengdu.(AP Images) 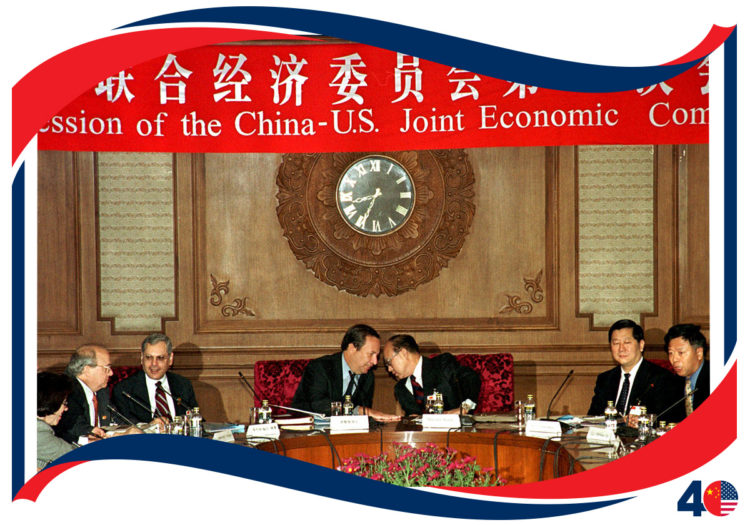 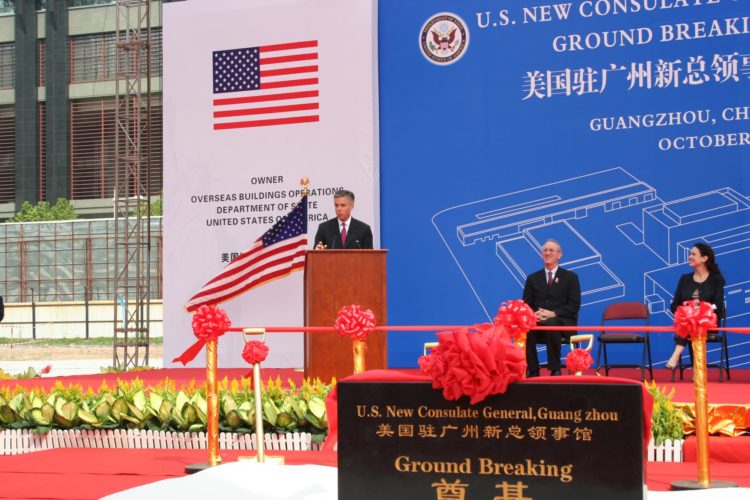 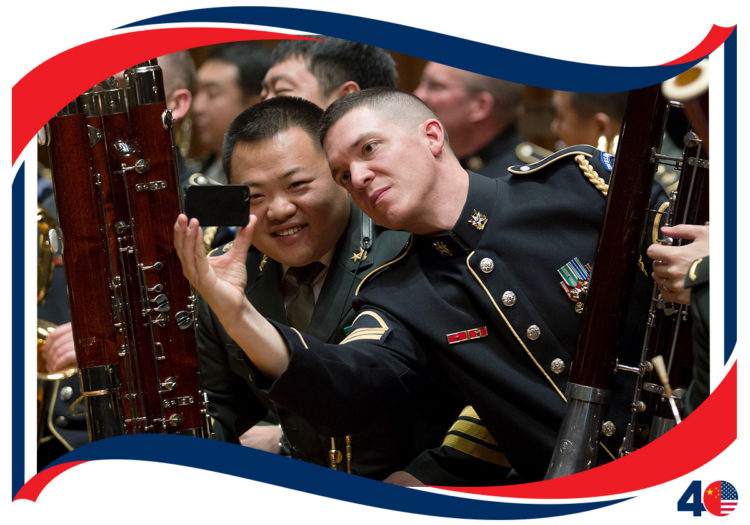 #OnThisDay in 2012, a member of the U.S. Army Band used his mobile phone to take pictures together with a Chinese military band member during a rehearsal of the “Friendship and Cooperation Through Music” joint concert at the National Center for the Performing Arts in Beijing.(AP Images) 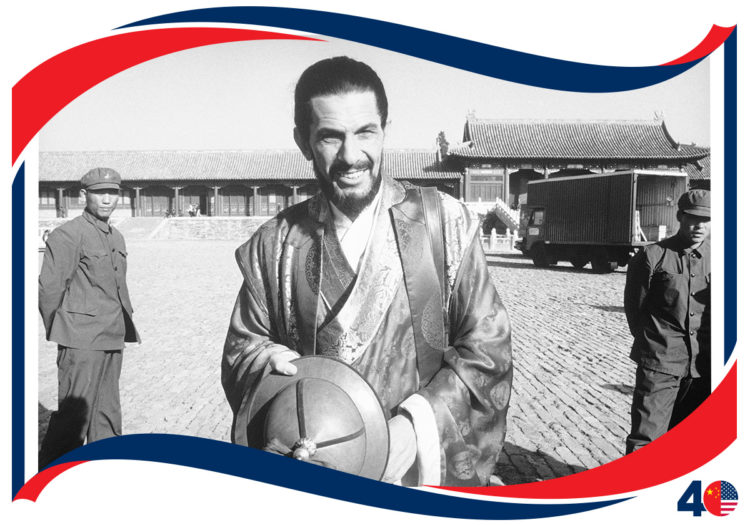 #OnThisDay in1981, actor Leonard Nimoy, known to millions of “Star Trek” fans as Spock, was filming a $25 million movie in Beijing. The film recreated  the story of Marco Polo.(AP Images) 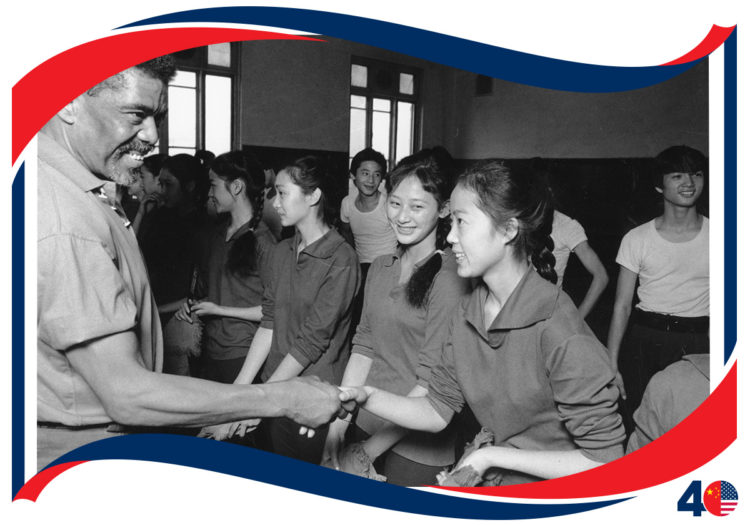 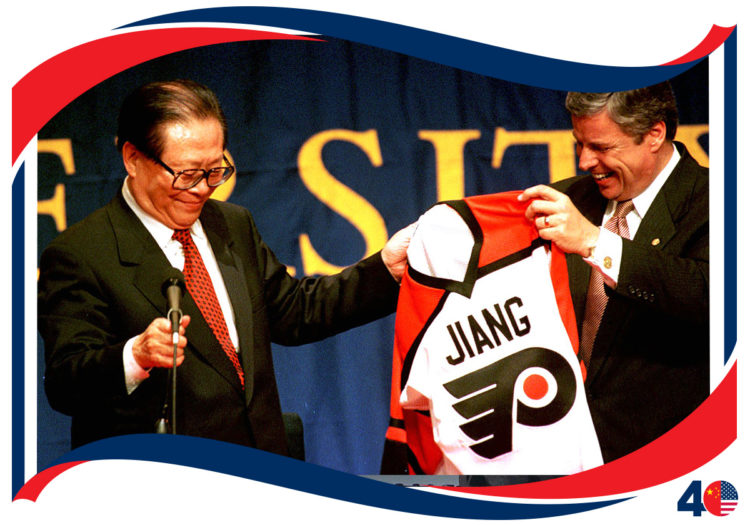