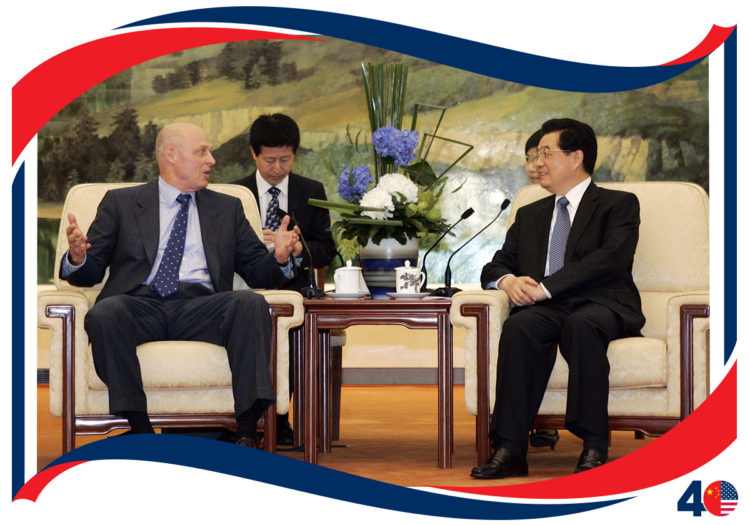 #OnThisDay in 2007, U.S. Treasury Secretary Henry Paulson spoke with Chinese President Hu Jintao during their meeting at the Great Hall of the People in Beijing, China. Paulson, on a four-day visit to China, said he was assured that China was committed to more financial reforms. (AP Images) 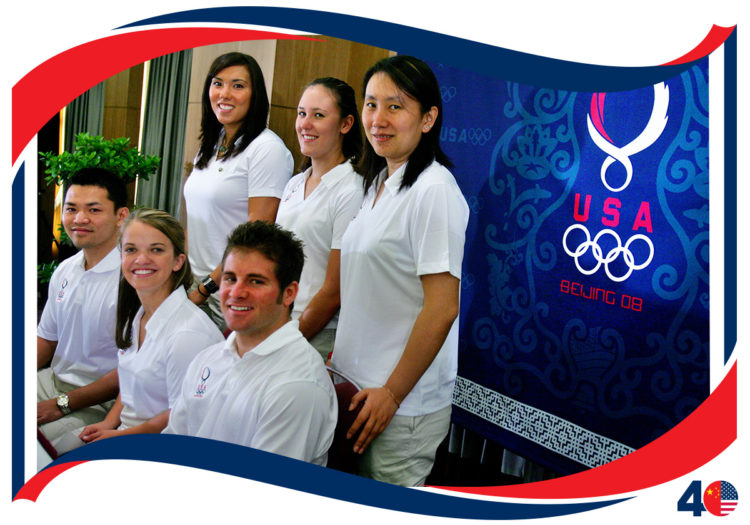 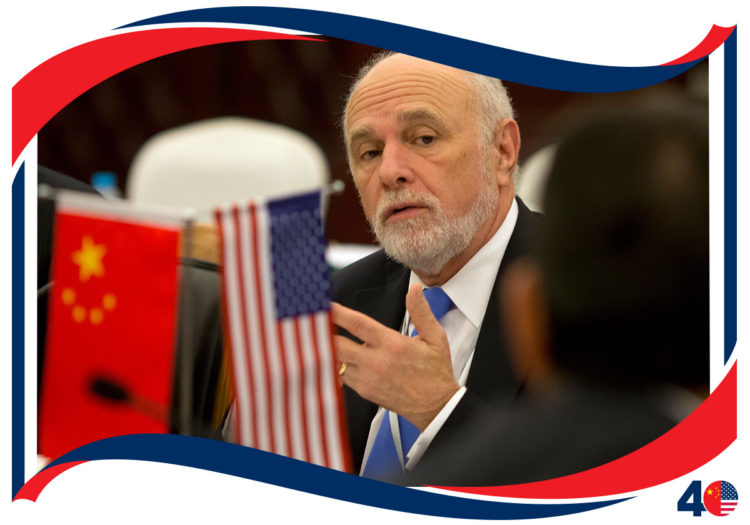 #OnThisDay in 2016 U.S. officials from the department of Justice and Commerce took part in the first U.S.-China judicial dialogue to discuss court reform and other issues. William Baer, U.S. Principal Deputy Associate Attorney General, spoke at the event, held at the Rui’an hotel in Beijing, China.(AP Images) 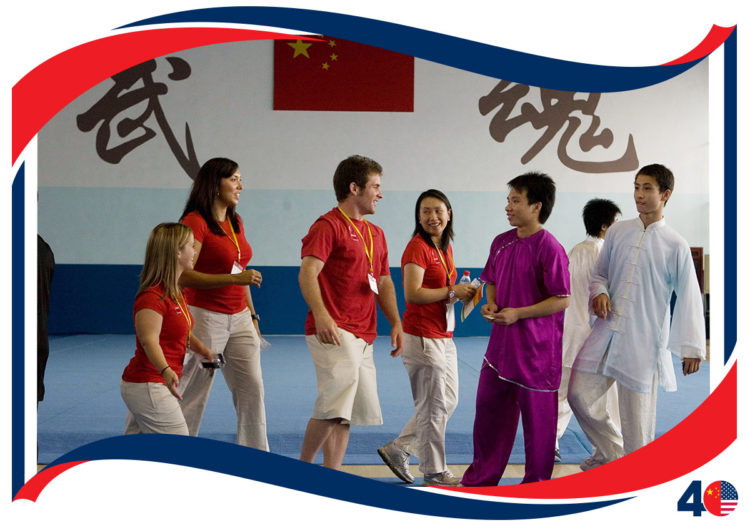 U.S. athletes talked to Chinese Wushu athletes at the Shichahai Sports School in Beijing, China, #OnThisDay in 2007. The U.S. athletes, some of whom have ties to China, were on a goodwill tour of the Chinese capital where the 2008 Beijing Olympic Games would be held the following year.(AP Images) 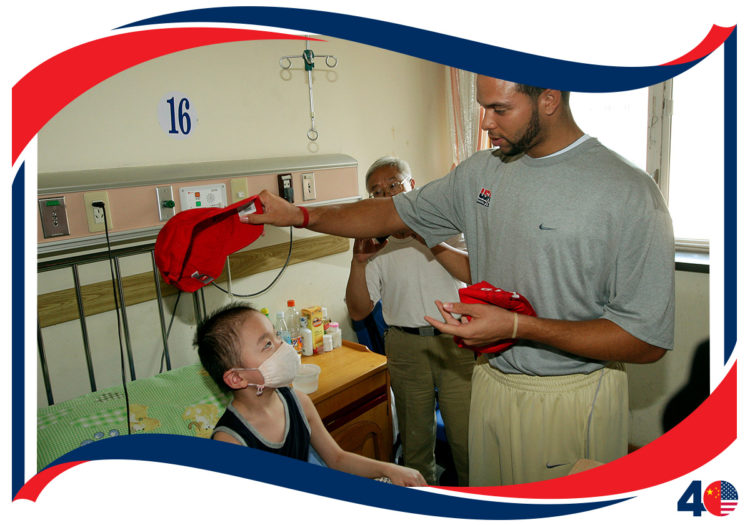 #OnThisDay in 2008 the U.S. men’s basketball team visited the Children’s Medical Center in Shanghai. The team participated in the International Challenge tournament as warm-up four days before the start of the Beijing Olympics. Here NBA player Deron Williams meets a young patient.(AP Images) 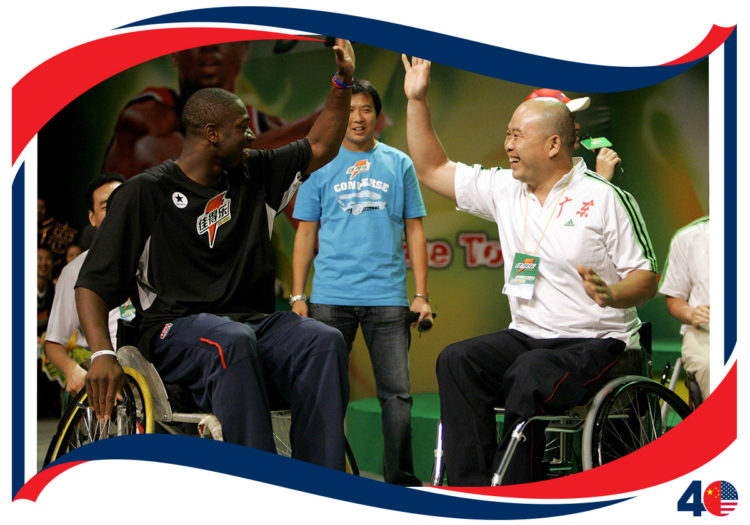 #OnThisDay in 2006 U.S. NBA star Dwyane Wade of the Miami Heat operated a wheelchair and celebrated with a Chinese National Paralympic basketball player during the filming of a TV program in Guangzhou.(AP Images) 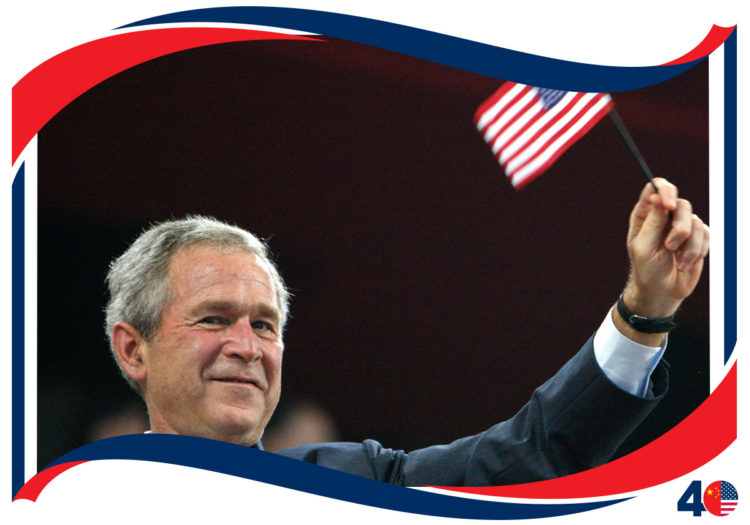 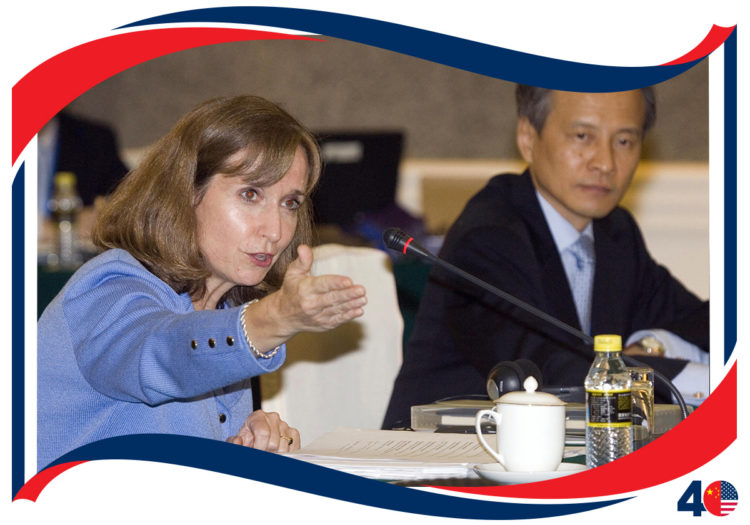 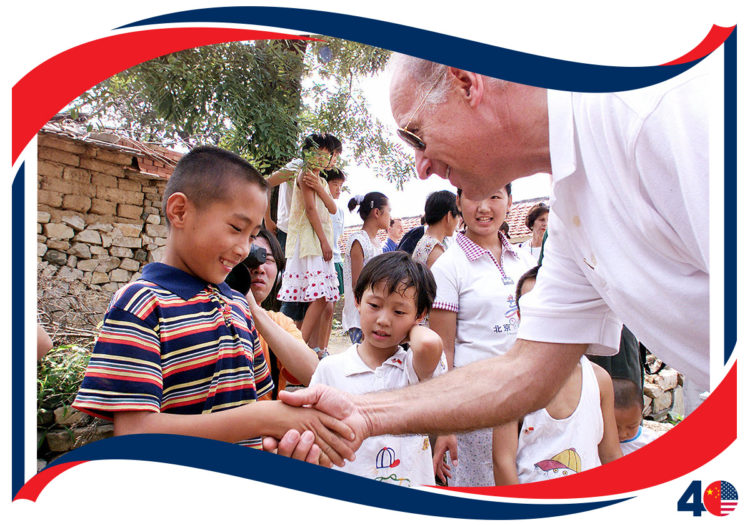 #OnThisDay in 2001 U.S. Senate Foreign Relations Committee Chairman Joseph Biden took a break after meetings in Beijing to look at life in the countryside, where, at the time, 70 percent of China’s population lived. He shook hands with seven-year-old Gao Shan, the boy he proclaimed as the future president of China, during a visit to Yanzikou village, north of Beijing.(AP Images) 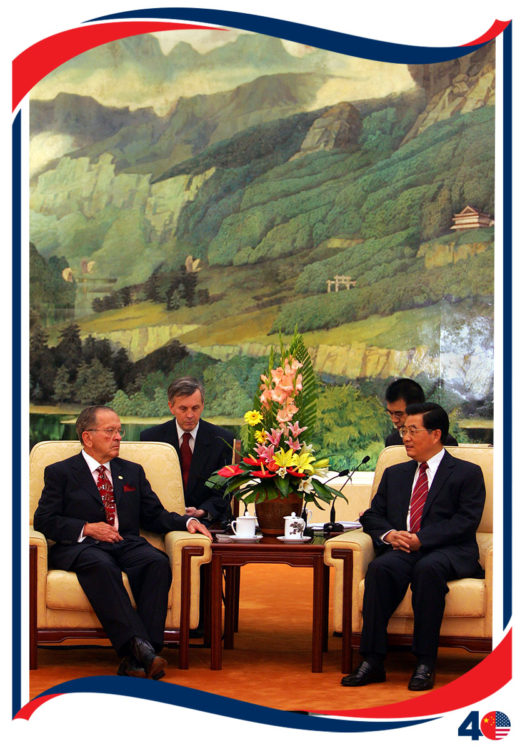 #OnThisDay in 2006, Chinese President Hu Jintao met with Alaska Senator Ted Stevens in the Great Hall of the People to discuss bilateral relations, trade, and energy issues. U.S. Senators were visiting China on an inter-parliamentary exchange where they met with representatives of the Nationals People congress to foster friendly relations and discuss pertinent issues.(AP Images) 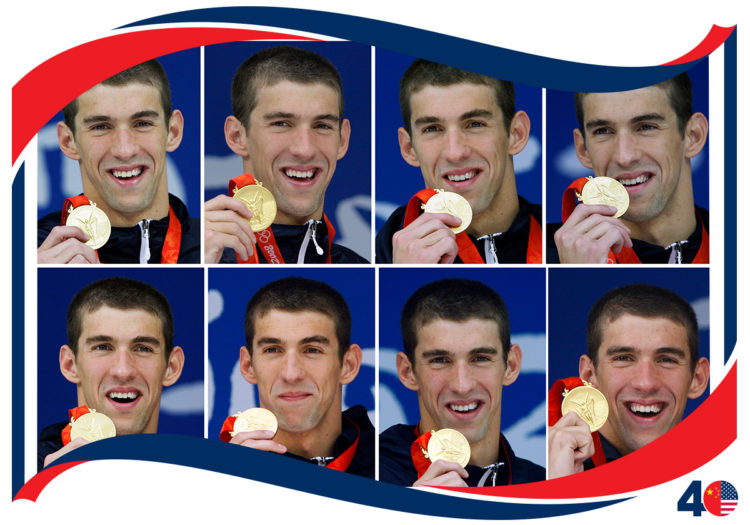 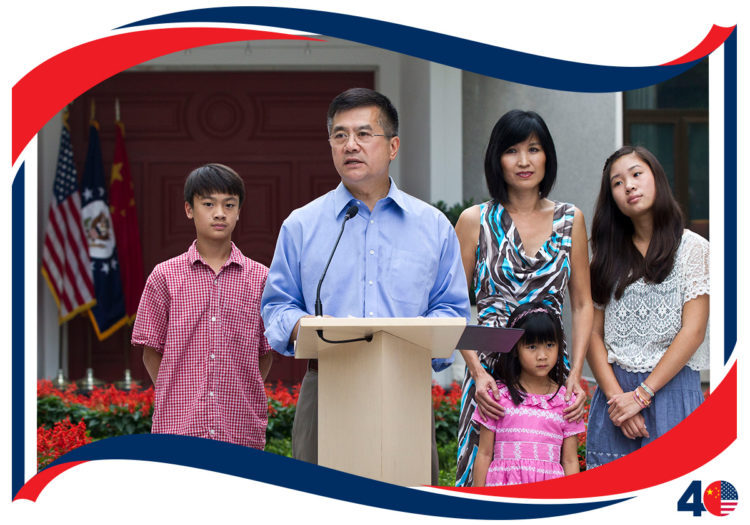 #OnThisDay in 2011 U.S. Ambassador to China Gary Locke spoke to reporters in front of his Beijing residence, saying Beijing and Washington should work together more to tackle global problems. He said he would try to promote greater understanding between the two nations.(AP Images) 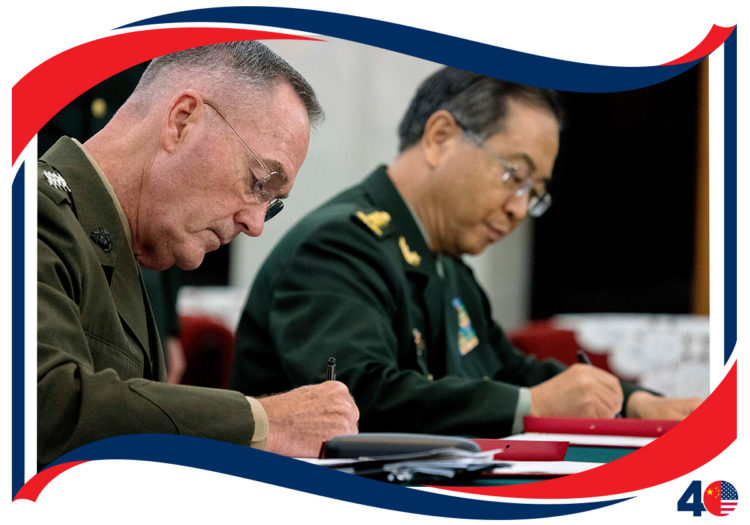 #OnThisDay in 2017, U.S. Chairman of the Joint Chiefs of Staff Gen. Joseph Dunford and Chief of the General Staff of the Chinese People’s Liberation Army Gen. Fang Fenghui signed an agreement at the Bayi Building in Beijing, China to strengthen communication between the two militaries amid global tensions concerning North Korea.(AP Images) 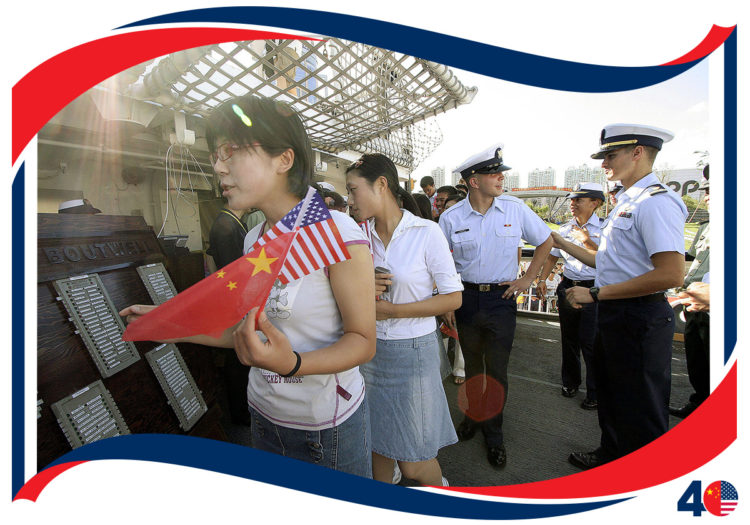 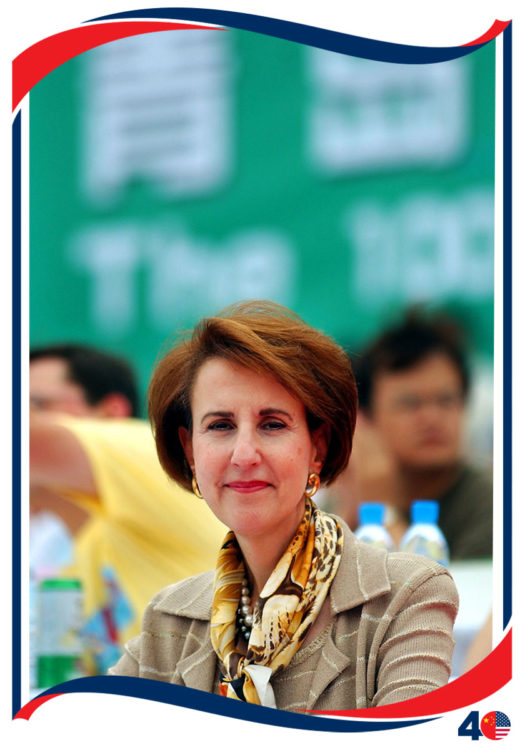 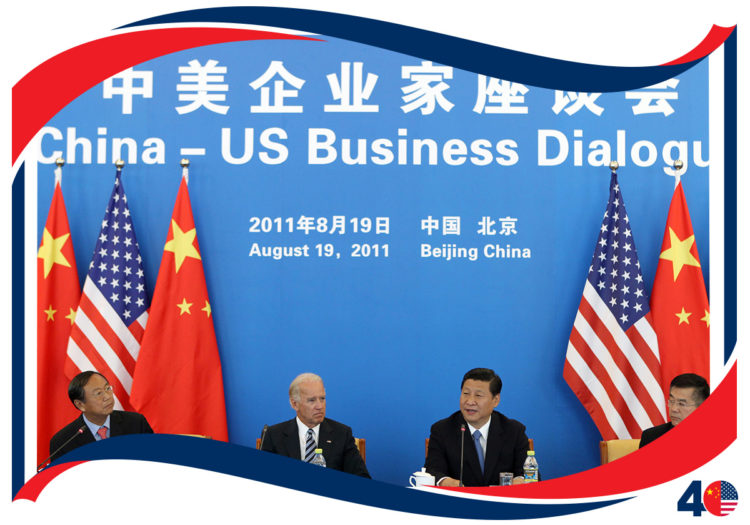 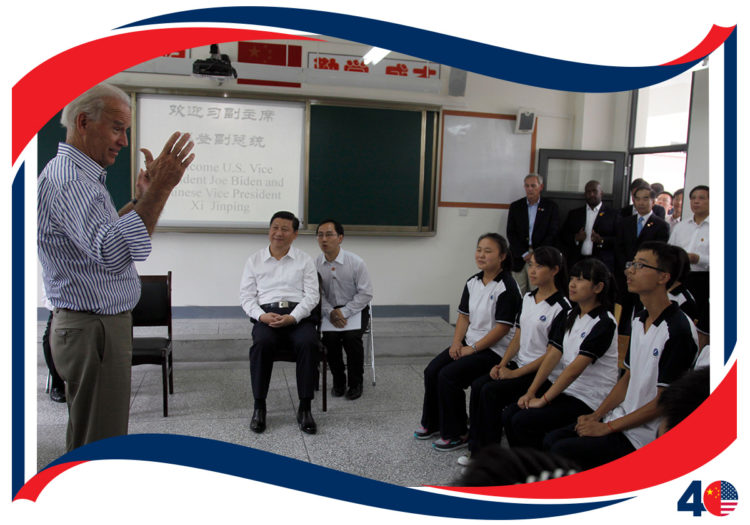 #OnThisDay in 2011, U.S. Vice President Joe Biden talked to students as Chinese Vice President Xi Jinping looked on during their visit to the Qingchengshan High School in Dujiangyan on the outskirts of Chengdu in southwestern China’s Sichuan province.(AP Images) 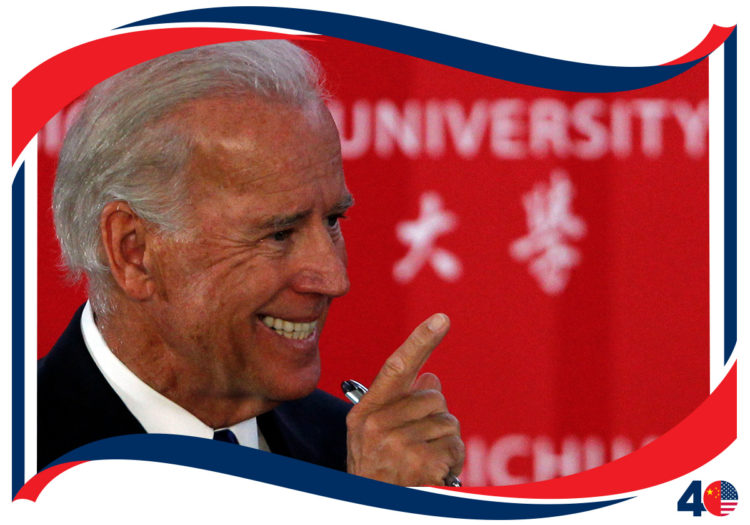 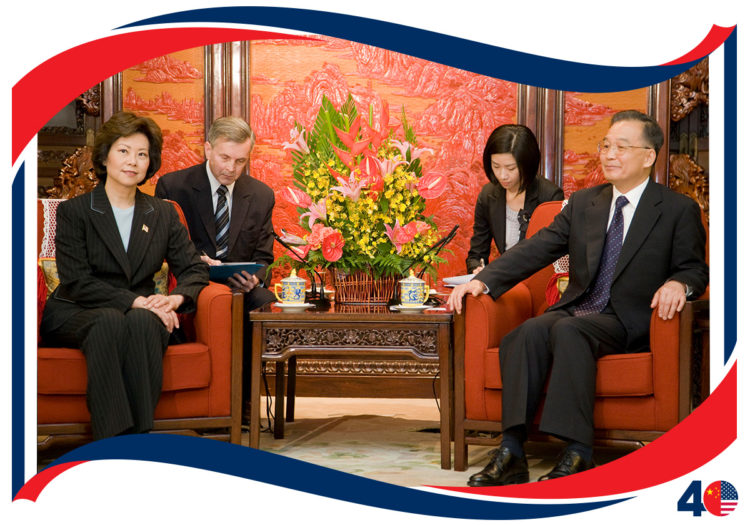 #OnThisDay in 2008 U.S. Secretary of Labor Elaine Chao, met with Chinese Premier Wen Jiabao at the Zhongnanhai leaders’ compound in Beijing at the closing of the Olympic games. Wen Jiabao congratulated the U.S. athletes’ performance at the games, noting that the U.S. received more medals than any other country. (AP Images) 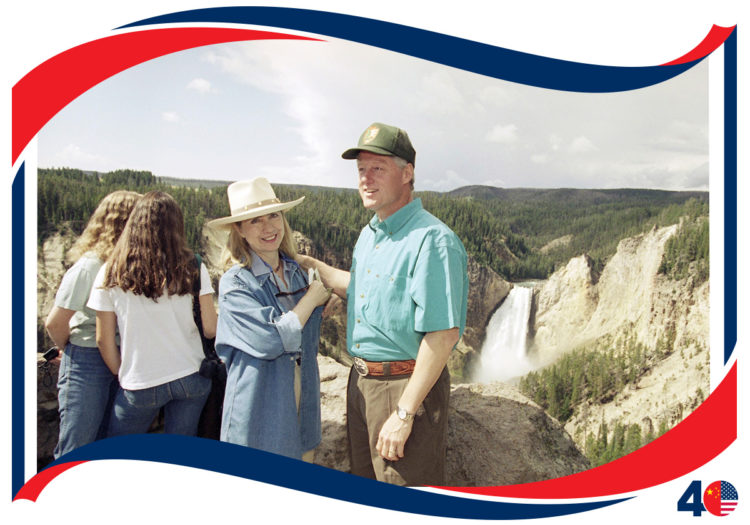 #OnThisDay in 1995, first lady Hillary Rodham Clinton announced that she would attend a U.N.-sponsored women’s conference in China in September. Her decision came after China freed Chinese-American human rights activist Harry Wu. She made this announcement during a trip to the Grand Canyon area of Yellowstone National Park in Wyoming with her husband, President Bill Clinton. (AP Images)