40 years ago, on January 1, 1979, the U.S. and China re-established diplomatic relations. We invite you to join us over the next year as we recognize the anniversary and look back at the milestones over the last 40 years.(AP Images) 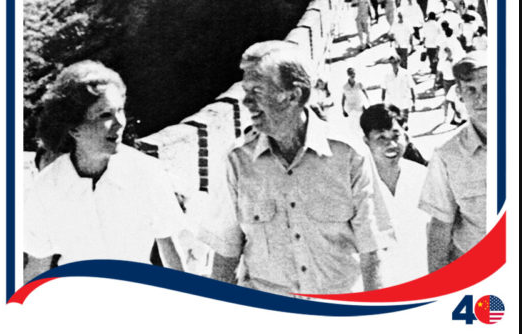 #OnThisDay in 1981, U.S. President Jimmy Carter and his wife Rosalynn walked down after climbing to a high tower on China’s Great Wall outside Beijing.(AP Images) 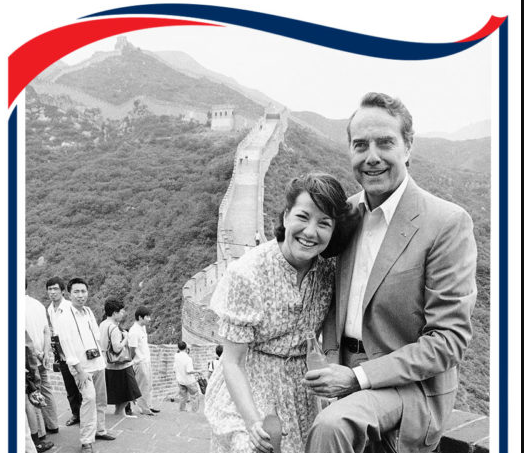 #OnThisDay in 1985 Sen. Robert Dole and his wife, transportation secretary Elizabeth Dole, showed off their sensible shoes after climbing the famed Great Wall of China.(AP Images) 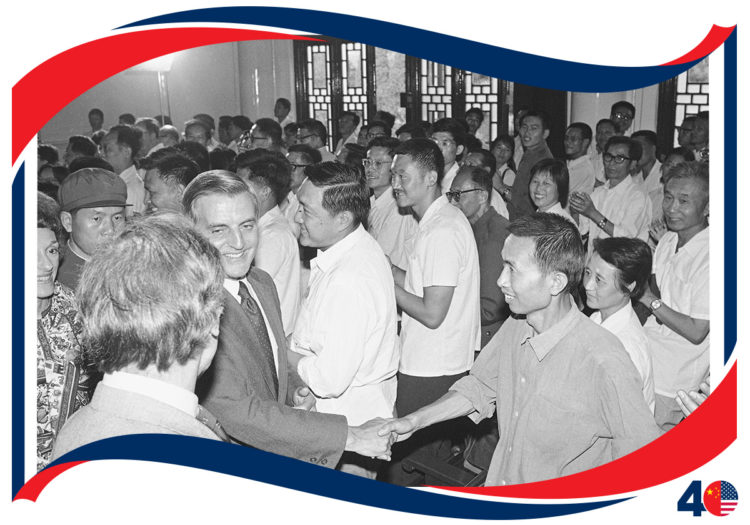 U.S. Vice President Walter Mondale greeted students and educators at Peking University in Beijing where he delivered a speech #OnThisDay in 1979. Government officials in President Jimmy Carter’s administration said they hoped the Vice President’s weeklong visit to China would move Chinese‐American relations into a “new level of political intimacy.”(AP Images) 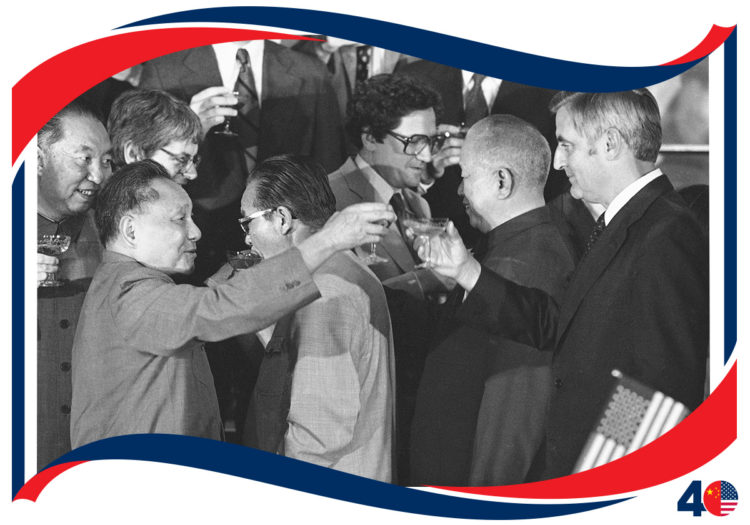 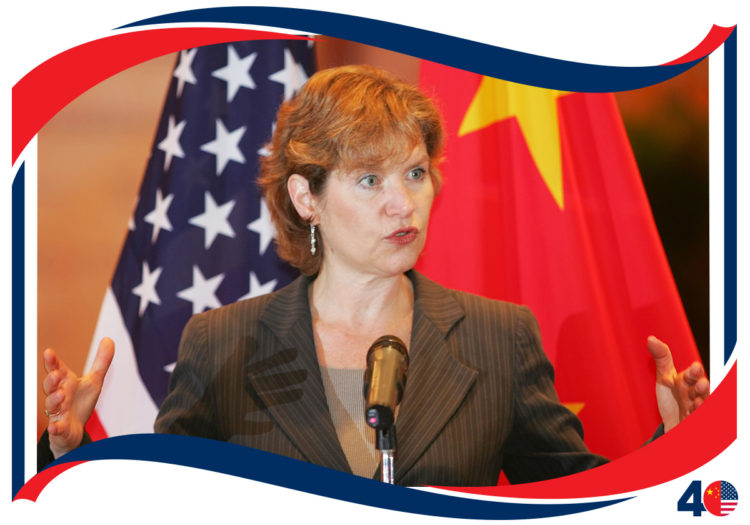 U.S. Trade Representative Susan Schwab spoke in front of the U.S. and Chinese flags at a press briefing in Beijing Aug. 29, 2006, following meetings with Chinese officials. #OnThisDay Schwab was in Beijing to press for help in restarting WTO talks that were suspended after the United States, the European Union and other major traders failed to agree to a plan to cut barriers to farm commerce.(AP Images) 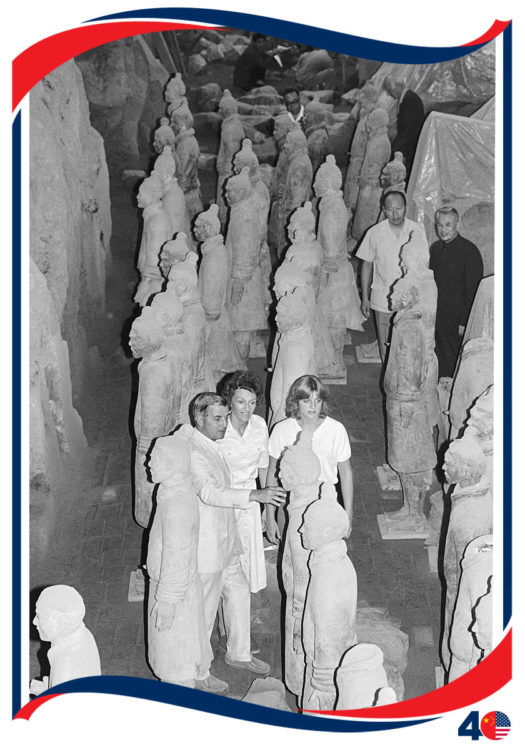