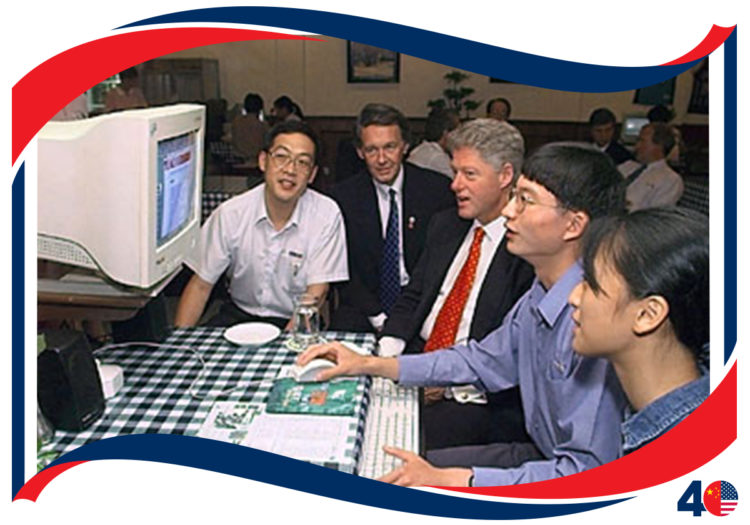 #OnThisDay in 1998, President Clinton made an impromptu stop at an Internet cafe in Shanghai during his historic visit to China. The president chatted with three local Chinese high school students while they looked at the White House website as well as the websites of their local high schools.(Photo by Ralph Alswang) 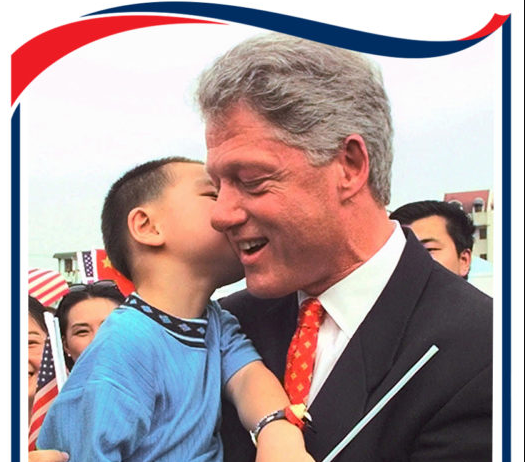 #OnThisDay in 1998, President Clinton met with Chinese families who own their own homes in JinHui Gardens Housing Development in Shanghai. The President announced a new joint United States-China program to promote the construction of affordable, energy-efficient housing. Four year old David Ren gives the president a kiss, as his mother, Shaoping Liu-Ren, looks on. (AP Images) 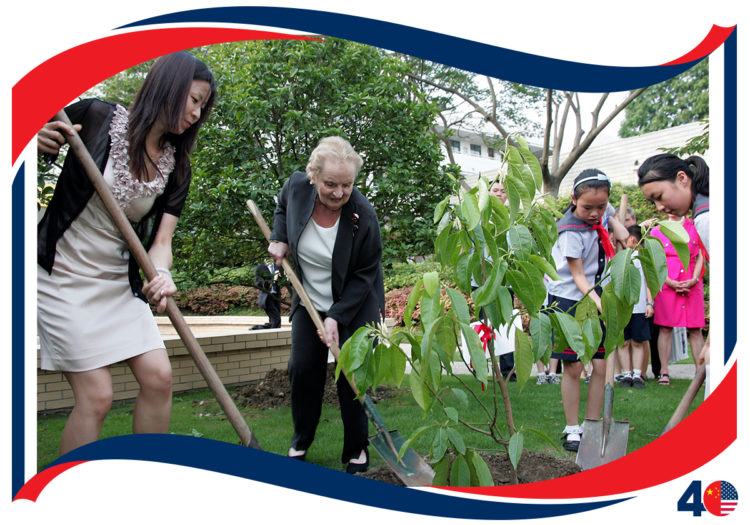 In 2010 former U.S. Secretary of State Madeline Albright led a Presidential Delegation to Shanghai to attend U.S.A. National Day at the World Expo 2010 Shanghai. #OnThisDay she visited an elementary school in Shanghai and took part in a tree planting ceremony. (AP Images) 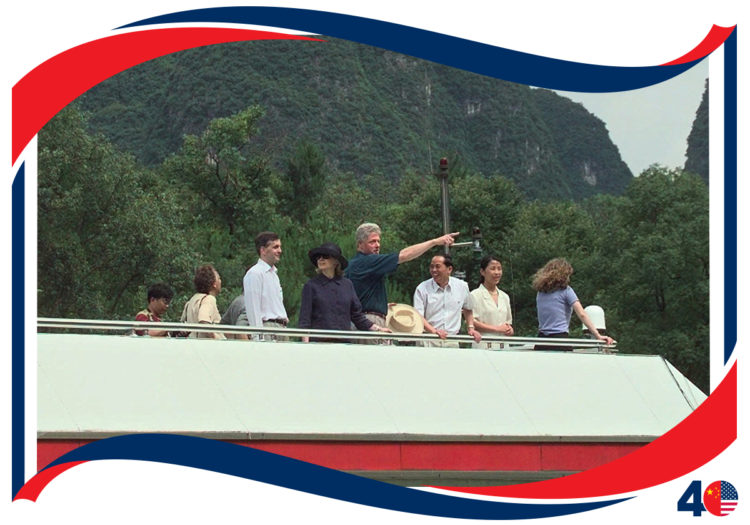 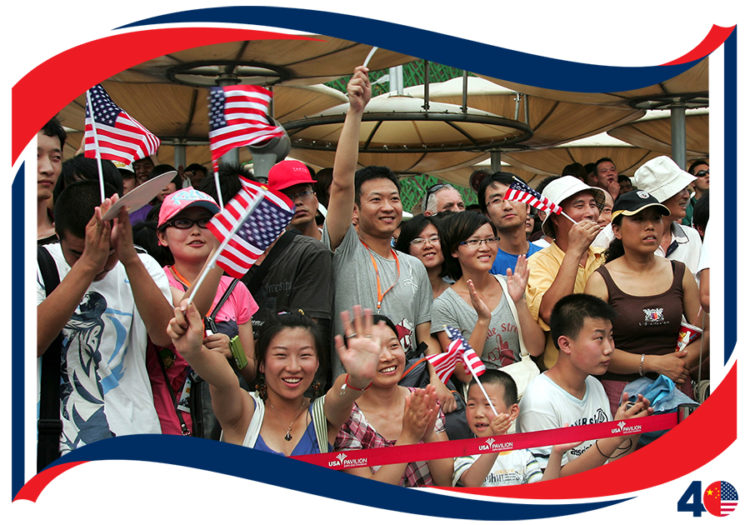 Visitors wave U.S. flags while enjoying a live concert outside the U.S. pavilion during the U.S.A National Day at the World Expo in Shanghai, China #OnThisDay Friday, July 2, 2010. (AP Images) 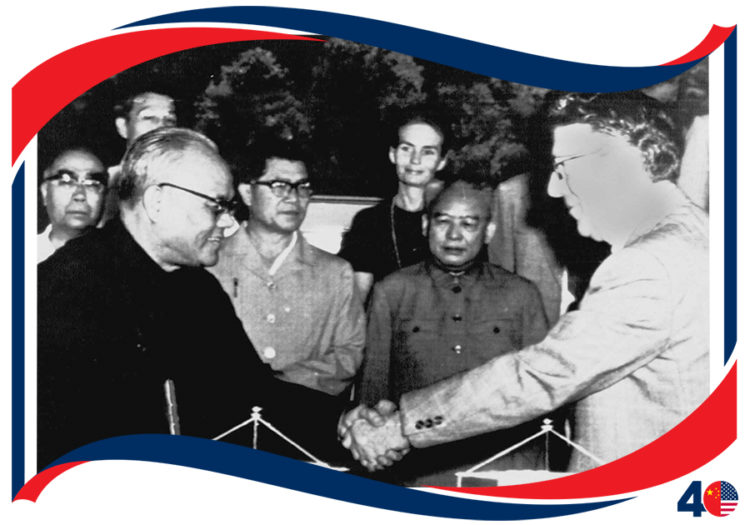 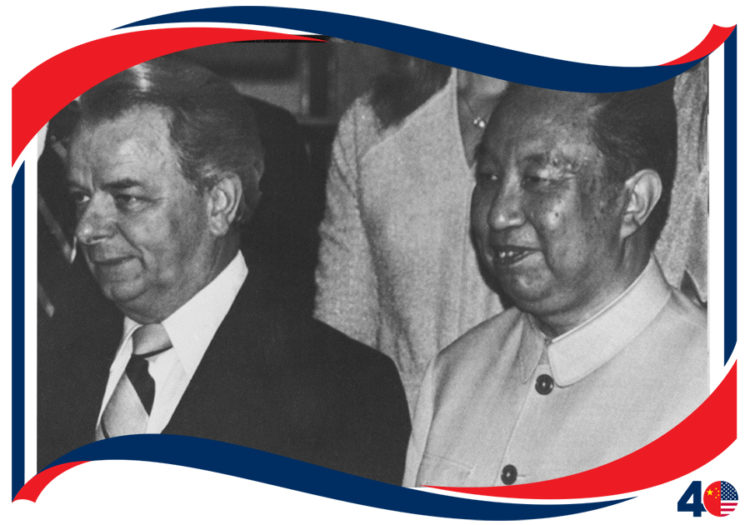 #OnThisDay in 1980 U.S. Senate Majority Leader Robert Byrd stood with China’s Premier Hua Guofeng before their talks at Beijing’s Great Hall of the People. The Chinese leader told the West Virginian Democrat that he was looking forward to meeting with President Carter for the first time in Tokyo later that week. (AP Images) 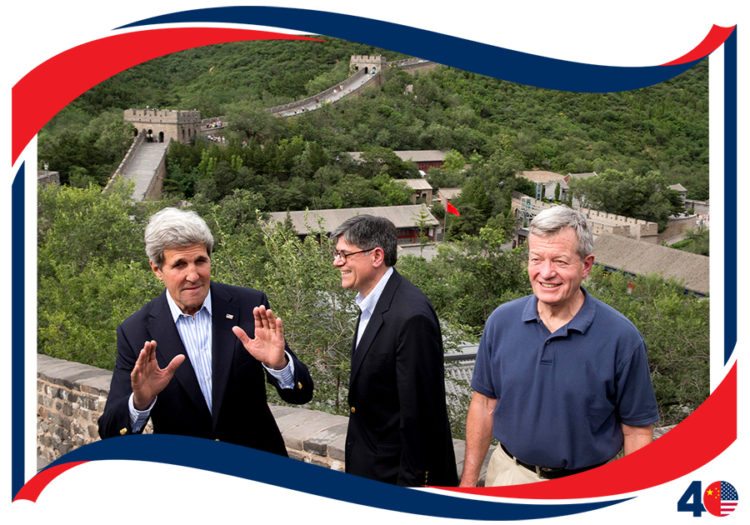 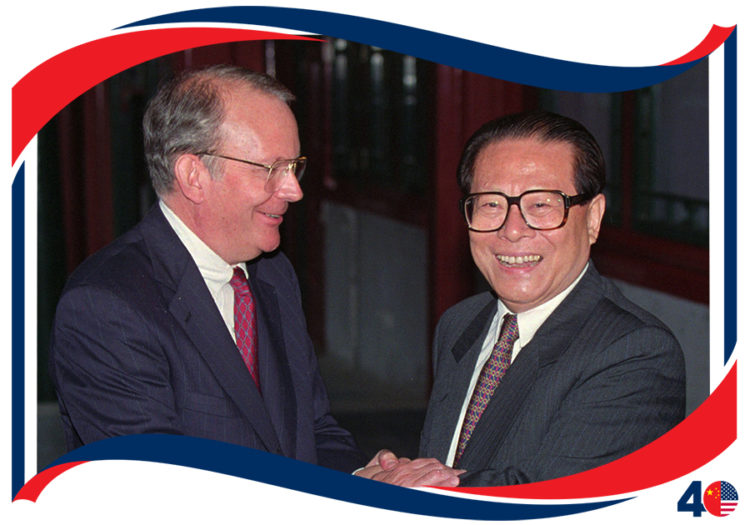 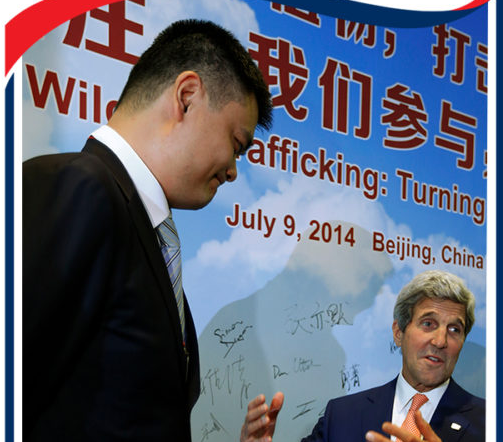 #OnThisDay in 2014 U.S. Secretary of State John Kerry and retired Chinese basketball star Yao Ming participated in an event against international wildlife trafficking as part of the U.S.-China Strategic and Economic Dialogue at the Diaoyutai State Guesthouse in Beijing.(AP Images) 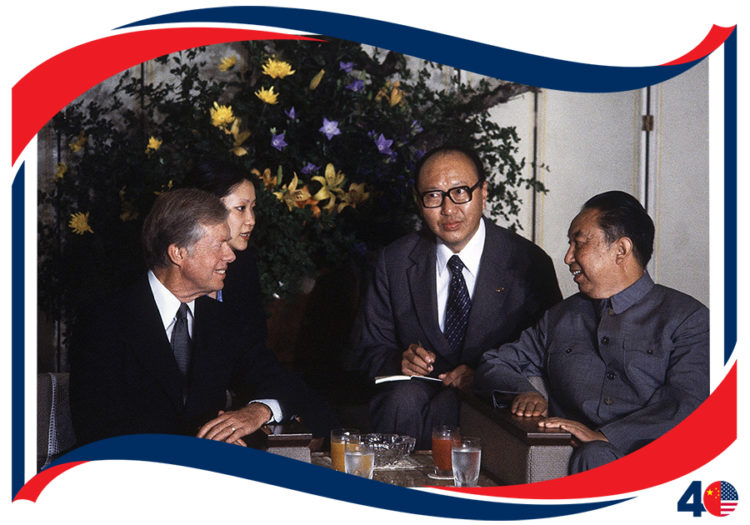 President Jimmy Carter with Chinese Premier Hua Guofeng during their first formal talks in Tokyo #OnThisDay July 10, 1980. Both were in Tokyo to attend a memorial service for the late Japanese Prime Minister Masayoshi Ohira.(AP Images) 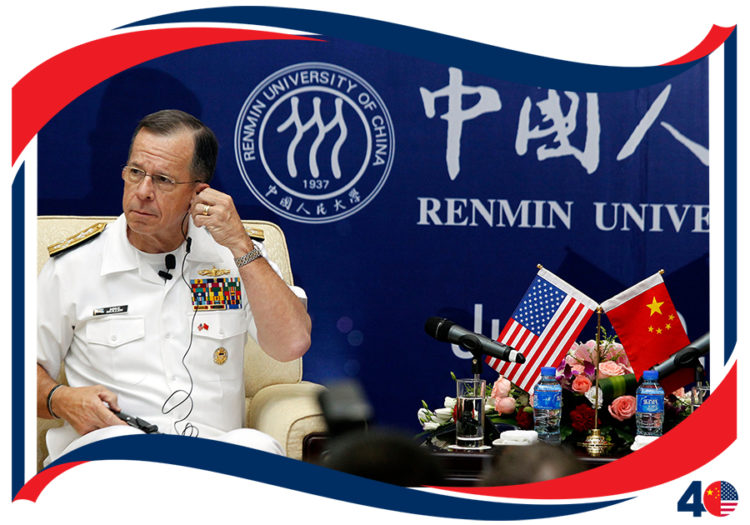 The former top U.S. military officer, Navy Admiral Mike Mullen, chairman of the Joint Chiefs of Staff, spoke at Renmin University in Beijing #OnThisDay in 2011. Mullen’s visit to Beijing was aimed at improving military relations and urging a peaceful settlement amid tensions in the disputed South China Sea.(AP Images) 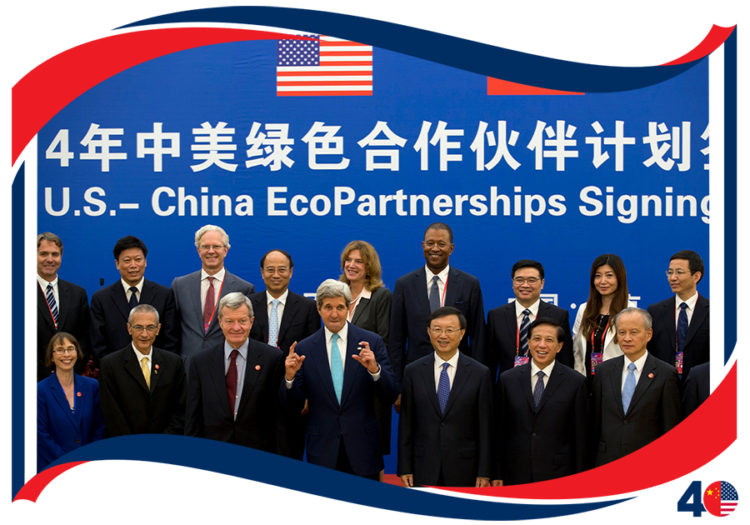 U.S. Secretary of State John Kerry, center, gestures next to Chinese State Councilor Yang Jiechi, center right, as they pose for a group photograph with a delegation from both countries of the China-U.S. EcoPartnerships signing ceremony at the Great Hall of the People in Beijing, China Thursday, July 10, 2014.(AP Images) 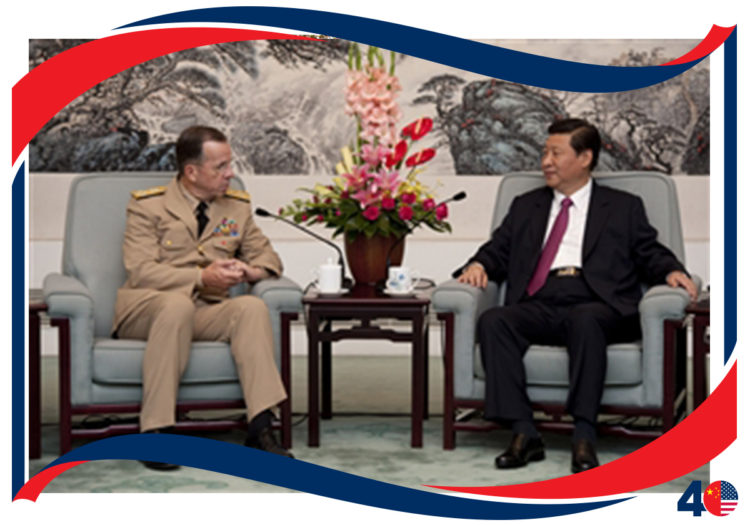 #OnThisDay in 2011 U.S. Adm. Mike Mullen, chairman of the Joint Chiefs of Staff met with Xi Jinping, who was then Chinese Vice President. The following day Adm. Mullen, visited an exercise headquarters of the 1st Mechanized Infantry Division of the PLA in Hangzhou.(AP Images) 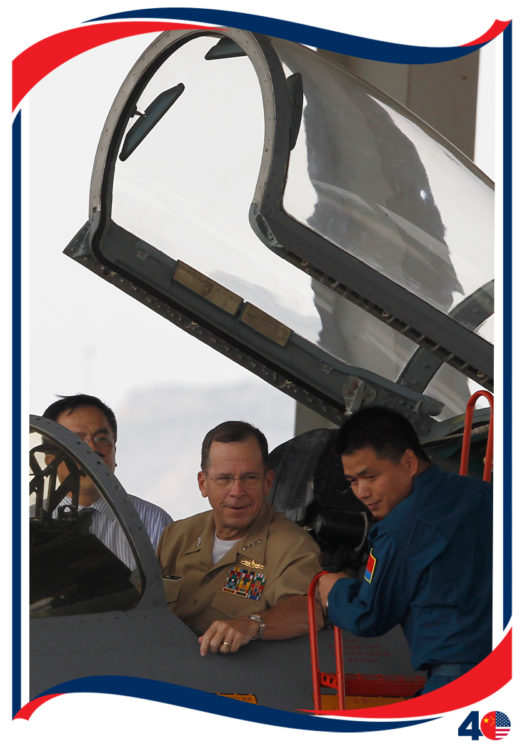 #OnThisDay in 2011 U.S. Adm. Mike Mullen, chairman of the Joint Chiefs of Staff, sat in the cockpit of a Chinese Su-27 fighter jet at the Division 19 Aviation PLA Air Force base in Jining at the Jinan military area in China.(AP Images) 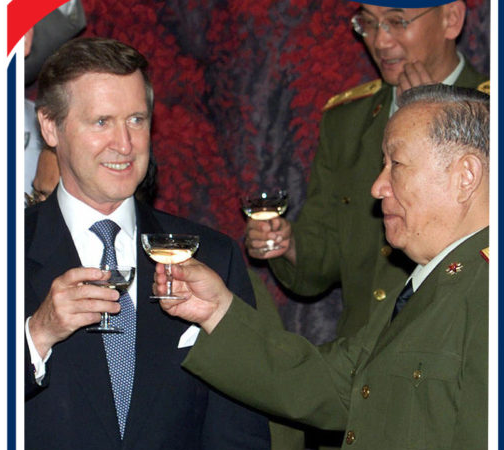 #OnThisDay in 2000 U.S. and Chinese defense leaders toasted each other in Beijing after signing an agreement on exchanging environmental protection research and development information between their two militaries.(AP Images) 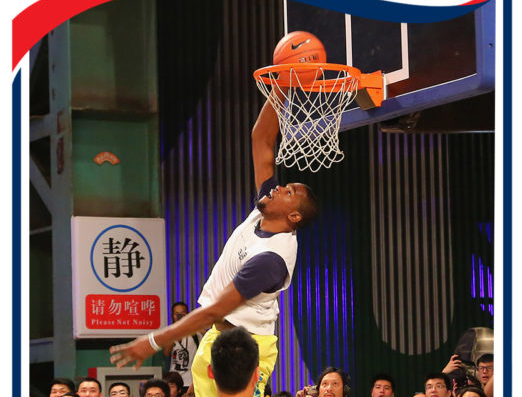 #OnThisDay in 2013 U.S. basketball star Kevin Durant made a slam dunk in front of guests during a promotional event for Nike in Shanghai.(AP Images) 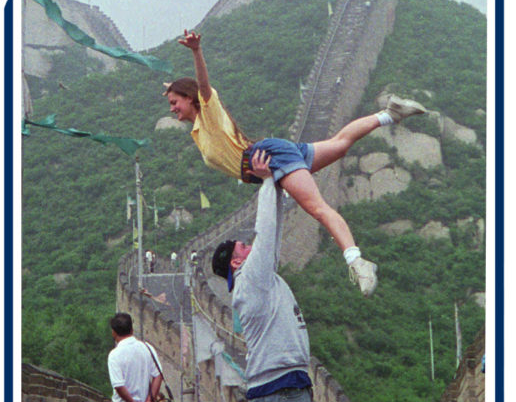 In 1996, the twenty Las Vegas students that made up Dream Tour USA, a 90 minute variety show of dance and music, visited the great wall. Biff Ingenthron, 18, lifts Brook Volle, 18, into the air, in a move from the show. The group performed three times in China during their two-week tour of the country.(AP Images) 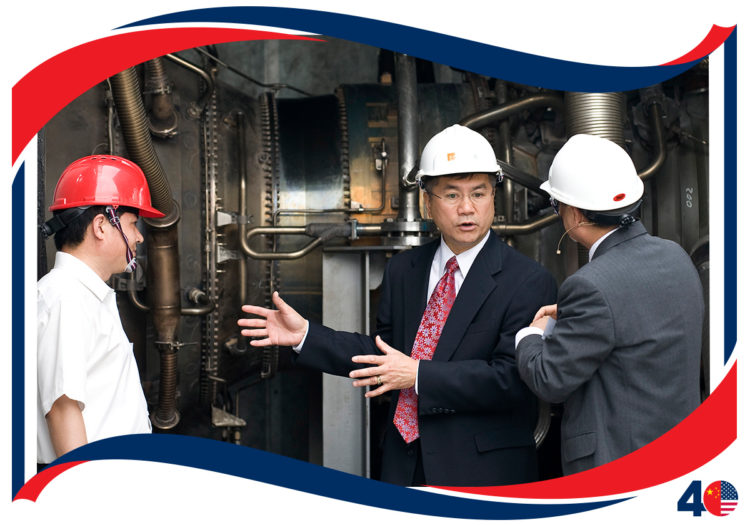 #OnThisDay in 2009 U.S. Secretary of Commerce Gary Locke visited a turbine inside the China Resources Golden Concord-Co-generation Plant in Beijing. The visit was part of an initiative to increase cooperation between the two countries on addressing carbon emissions and battling climate change. Gary Locke later served as U.S. Ambassador to China from 2011-2014.(AP Images)