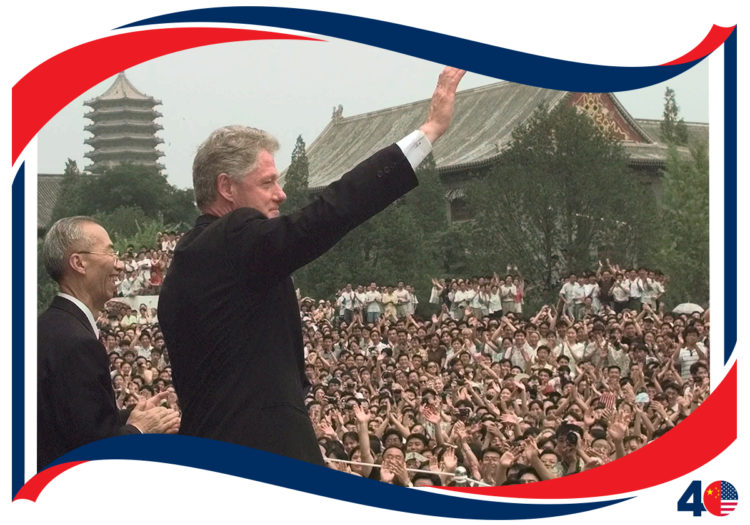 U.S. President Bill Clinton waves to students and well wishers during a visit to Peking University #OnThisDay 29 June 1998. Clinton told the students they are the ones who must build the 21st century.  Beijing University President Chen Jia Er applauds at left. 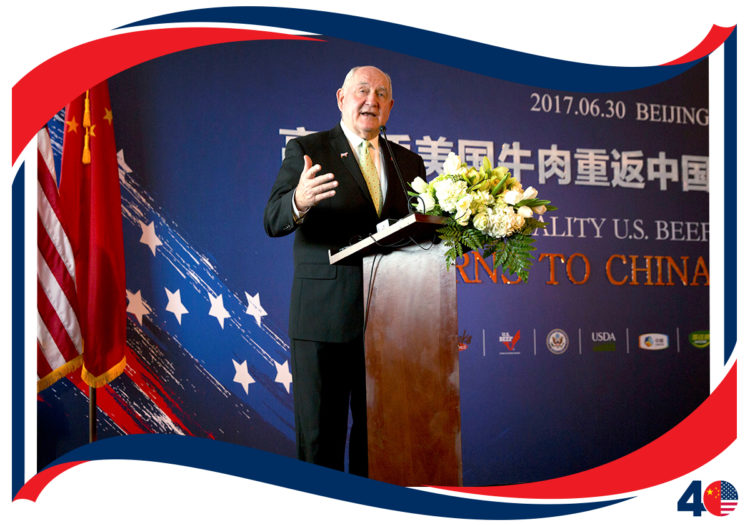 U.S. Secretary of Agriculture Sonny Perdue speaks at an event to celebrate the re-introduction of American beef imports to China in Beijing #OnThisDay  June 30, 2017. Together with representatives of the U.S. and China beef industries, including Luan Richeng, vice president of COFCO,  and Craig Uden, president of the National Cattlemen’s Beef Association, they laugh as they cut into a beef prime rib at the celebration.