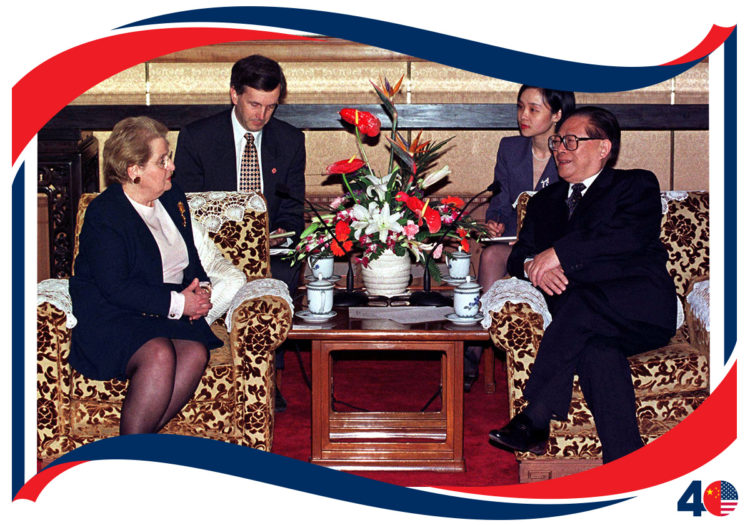 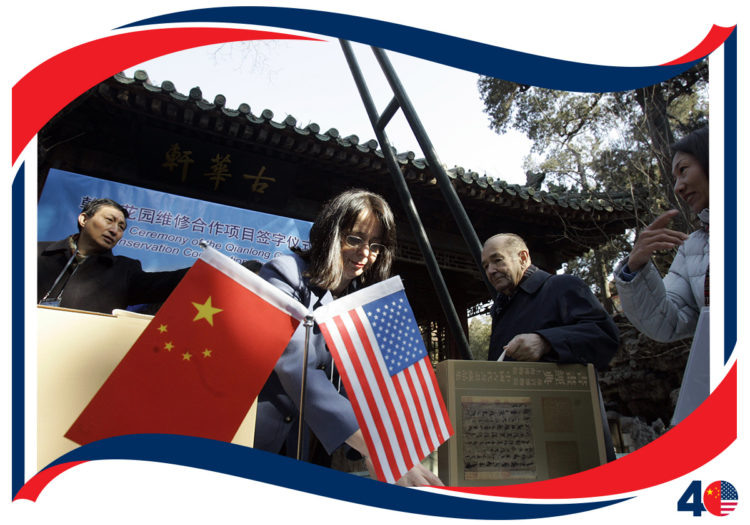 #OnThisDay, 1 March 2006, the Palace Museum in Beijing and the U.S.-based World Monument Fund announced a joint 10-year, US$15-18 million project to conserve the Garden built by Qing Emperor Qianlong (1736-1795). Bonnie Burnham, President of the World Monument Foundation, pictured standing above the U.S. and Chinese flags, came to China for a signing ceremony held at the 230-year-old Qianlong gardens in the Forbidden City. She joined a colleague on a tour of the interior of the ancient rooms. (AP Images) 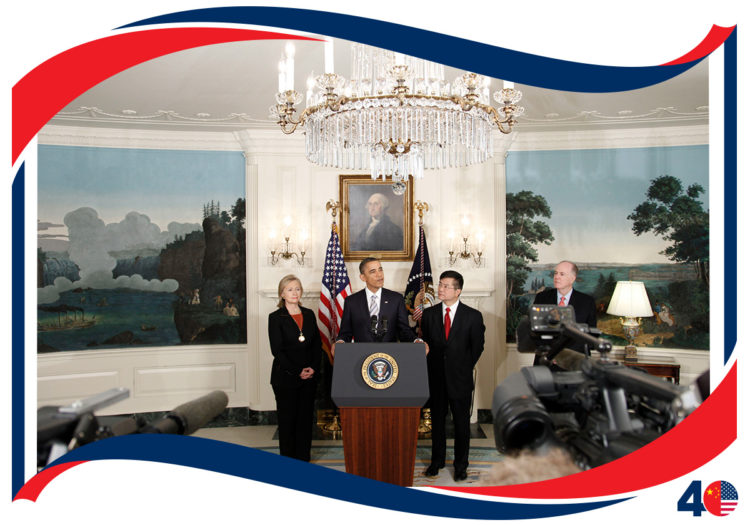 With Secretary of State Hillary Clinton on his side, President Barack Obama, center, announces Commerce Sec. Gary Locke, right, will be the next US ambassador to China in the Diplomatic Room of the White House Wednesday #OnThisDay, March, 9, 2011. Ambassador Locke’s grandfather emigrated to the United States from Guangdong in the late 19th century and his mother was from Hong Kong, making him the first Chinese-American U.S. Ambassador to China. (AP Images) 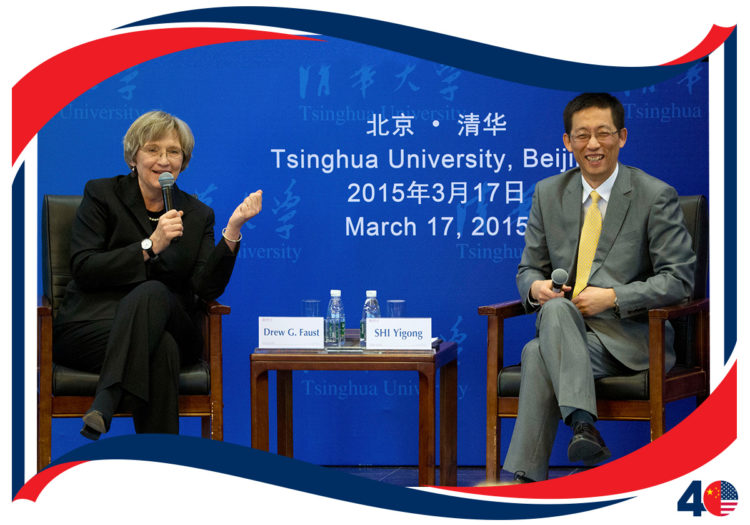 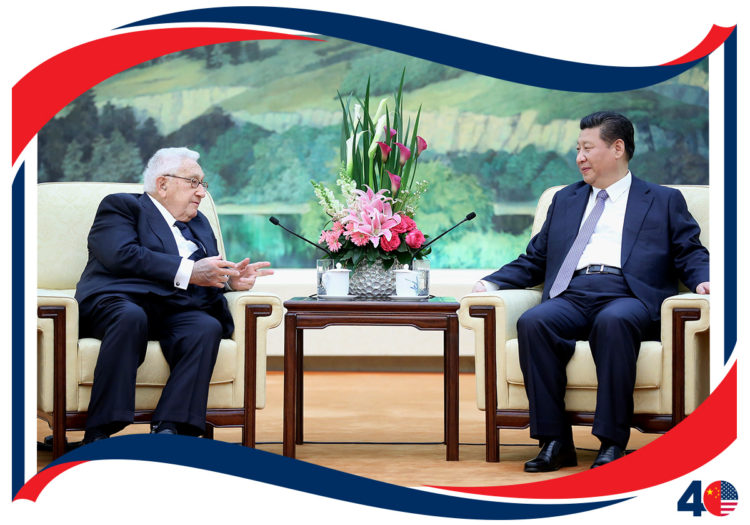 Chinese President Xi Jinping, right, talks with former U.S. Secretary of State Henry Kissinger, left, at the Great Hall of the People #OnThisDay March 17, 2015 in Beijing, China. In the 1970s, Henry Kissinger played a singular role in communicating between the White House and Chinese leadership as the U.S. and China re-established diplomatic relations. He continues to visit China until this day. (AP Images) 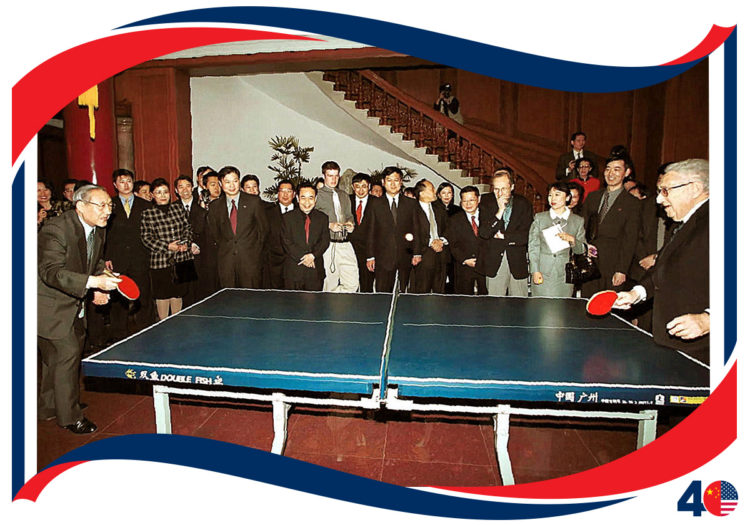 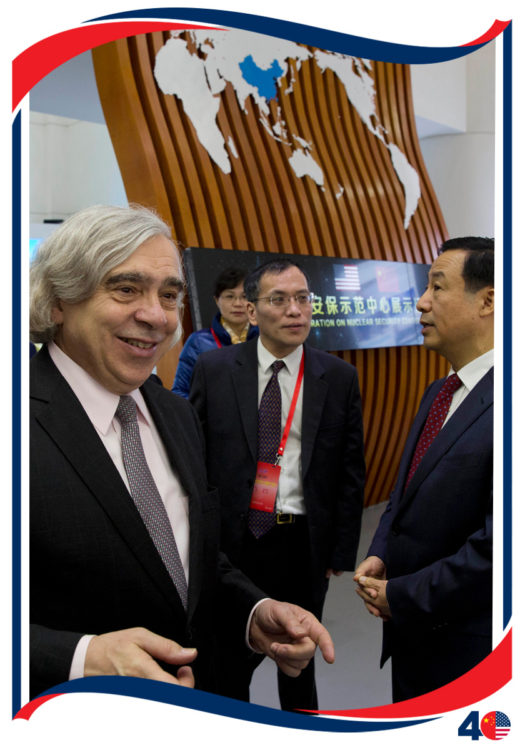 U.S. Secretary of Energy Ernest Moniz, center left, chats with other officials at the Nuclear Security Center of Excellence in Beijing #OnThisDay, March 18, 2016.  The U.S. Department of Energy assisted China with the expertise required to create the center, which has the capacity to train 2,000 nuclear-security staff for China and other nations in the Asia-Pacific region every year. (AP Images) 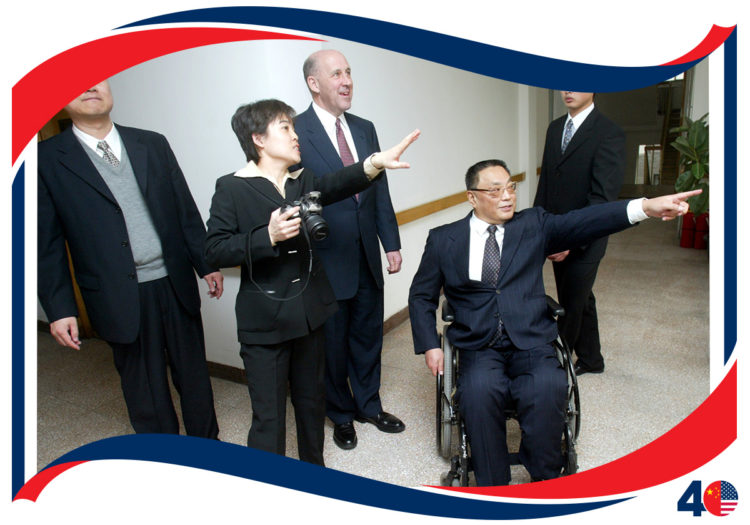 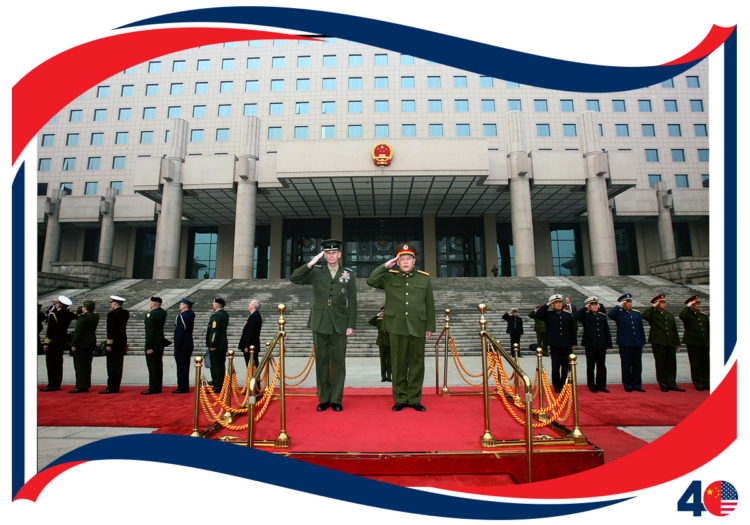 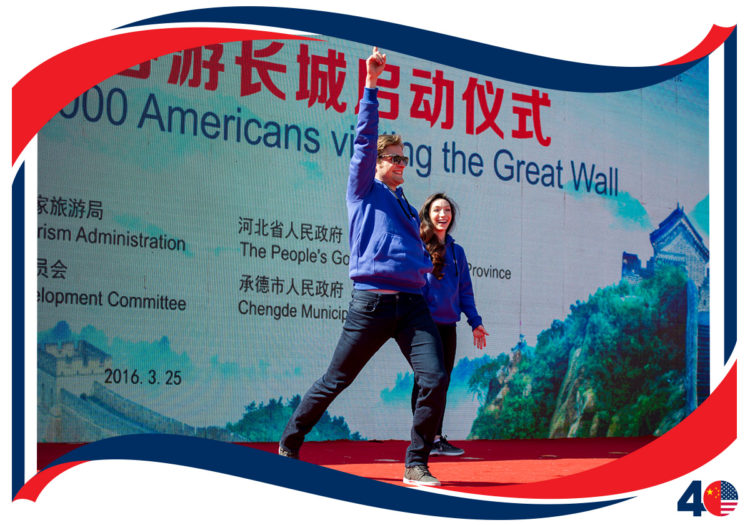 U.S Olympic gold medalists Charlie White and Meryl Davis lead a group of 1,000 U.S visitors in a climb of the Jinshanling section of the Great Wall #OnThisDay 25 March 2016.  They were in China as part of the 2016 U.S.-China Tourism year, an effort to boost tourism, business and understanding between the United States and China. (AP Images) 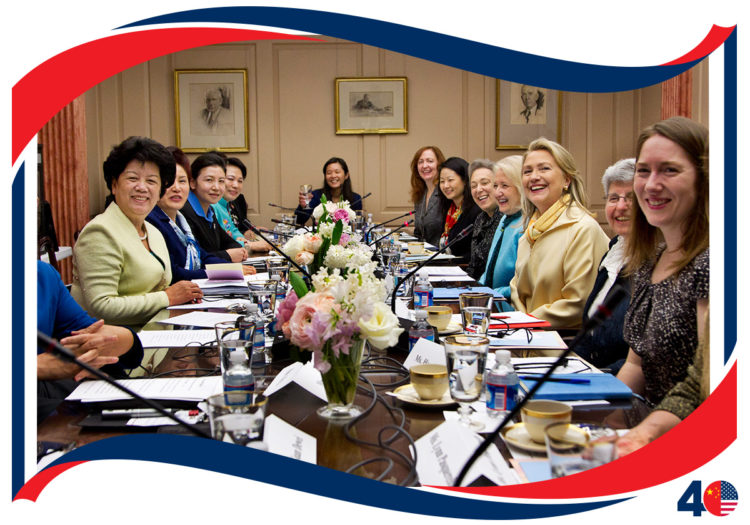 Secretary of State Hillary Clinton, third from right, and Vice Chairperson of the Standing Committee of China’s National People’s Congress Chen Zhili, second from left, gather for a meeting at the State Department in Washington D.C. #OnThisDay, 28 March 2012. (AP Images)