Hear what Dr. Henry Kissinger recently said about the days prior to the re-establishment of diplomatic relations, and listen to his message to young people today on the future of U.S.-China relations. https://v.qq.com/x/page/t0837l5ufqd.html 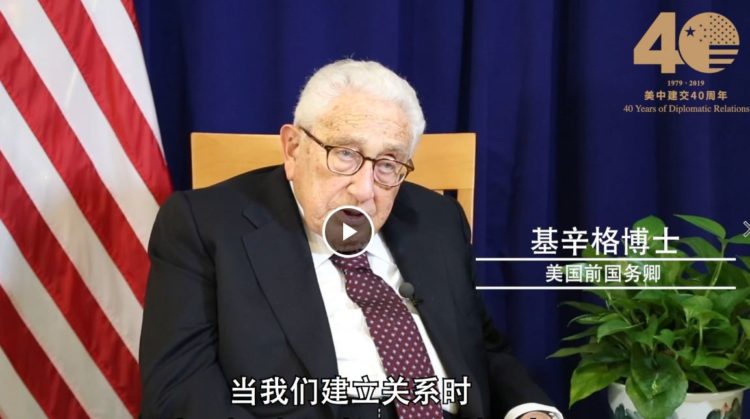 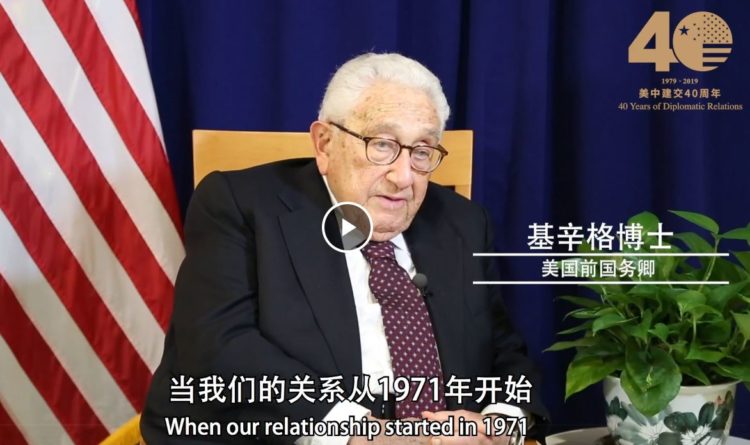 Impressions of his 1st Trip to China

“All the Chinese I talked to knew more about my thinking than I did because they had read all my books more recently than I had so that was quite an interesting experience for me.”  Dr. Kissinger’s first trip to China in 1971 was instrumental in paving the way for the re-establishment of U.S.-China relations in 1979.  Watch to hear his impressions of his first visit to China. 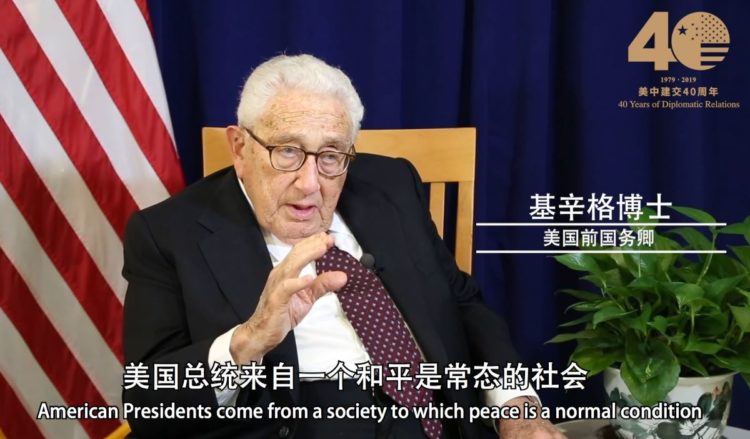 Watch to learn what Dr. Kissinger opines are the differences between U.S. and Chinese leadership, and what he proposes to both sides moving forward. 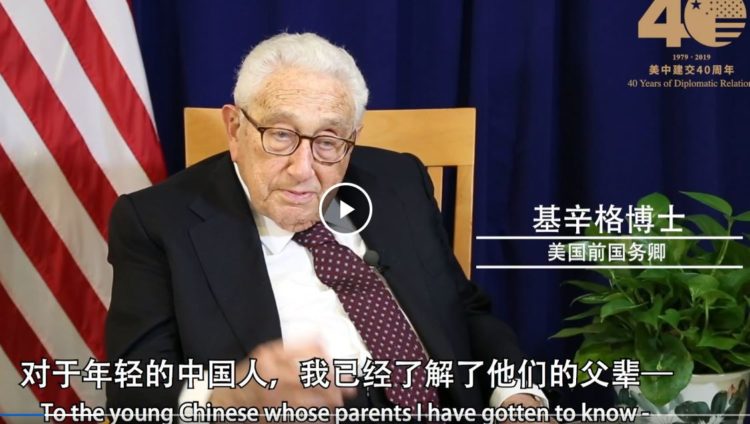 Message to the Chinese youth

What is Dr. Kissinger’s message regarding the future of the U.S.-China relationship?