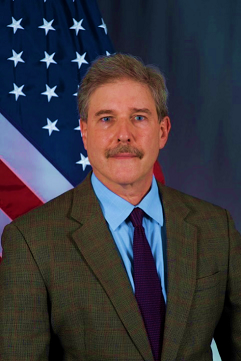 Jim Levy assumed his duties as American Consul General in Guangzhou (China) on August 9, 2018.  A member of the U.S. Foreign Service since 1989 with the rank of Minister Counselor, Mr. Levy has previously served overseas in Mumbai, Beijing, Taipei, Berlin, Islamabad, and Guangzhou.   In Washington, Mr. Levy has served assignments at the Bureaus of East Asian and Pacific Affairs, Human Resources, and Consular Affairs within the U.S. Department of State as well as on detail to the staff of a member of the U.S. House of Representatives.

A native of the state of Louisiana, Mr. Levy studied at Yale University.  He is married to Bonita Shuen, a chamber music performer and human resources management analyst who is originally from Vancouver, Canada.  Mr. Levy and Ms. Shuen have one daughter and two sons.