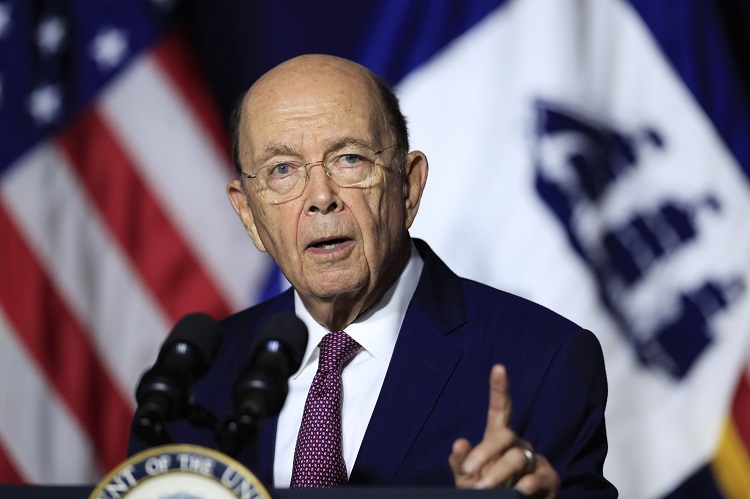 Last year, the U.S. Department of Commerce initiated investigations to determine whether imports of steel and aluminum threaten to impair the United States’ national security. After several months studying the impact of imports on the steel and aluminum industries, it was clear that their future was at risk. We concluded that, to preserve America’s ability to produce the metals required to ensure our national security, action was needed.

These tariffs were imposed in light of evidence that record levels of steel and aluminum imports caused by massive levels of foreign excess production capacity threaten to impair our national security as defined in Section 232 of the Trade Expansion Act of 1962 and that steel and aluminum are required for use in 16 critical infrastructure sectors in the United States.

To supply the United States military with advanced metals and U.S. industry with the steel and aluminum needed for critical infrastructure, the American manufacturers providing them must be commercially viable. These companies cannot stay in business only as military and critical infrastructure contractors; the mills and smelters cannot continue to operate at reduced capacity and survive.

Since release of the Section 232 Investigation reports in February, revitalization of the U.S. steel and aluminum industries has begun. Domestic producers have announced nine major investments in recently shuttered plants. U.S. aluminum companies are modernizing and restarting production lines in Hawesville, Kentucky, and Marston, Missouri.

United States Steel Corp. initially decided to restart one of two mothballed furnaces at its Granite City Works in Illinois and announced on June 5 that it is restarting the second one to produce a total of 2.5 million tons of steel. Combined, these two lines will put 800 Americans back to work making essential metals that we need not only for the United States military, but also to rebuild the country’s infrastructure.

One thing is clear: The remarkable revitalization of American’s metal industries would not be happening without President Trump’s Section 232 tariffs.

The U.S. steel industry last year produced only 82 million metric tons of crude steel. America’s steel output last year was one-tenth of the 832 million tons of steel produced by China, less than half of the 168 million tons produced by the European Union, and 20 million tons less than India. This illustrates that, by far, China has been the root source of global excess capacity.

Yet, U.S. imports of steel have been skyrocketing, accounting for 32.6 percent of the U.S. market last year. Much of the industry has been operating in the red since 2009, and the lack of profitability and revenues caused by surging imports of subsidized steel have drained the sector of its ability to make investments in new production technologies, R&D and workforce development.

The U.S. producers of aluminum are in even worse shape and this industry has suffered a virtual collapse. In 2017, there were only three remaining companies running five smelters in the United States, down from 23 smelters in 2000.

U.S. aluminum production in 2017 was only 740,000 tons, compared to U.S. consumption of almost 6 million tons. The United States imported nearly 90 percent of its aluminum last year. Like steel, aluminum is used in thousands of products from electrical cable to jet aircraft, and is vital to our national security.

Despite objections over the Section 232 tariffs from foreign producers and governments, the tariffs are on track to accomplish what they were intended to do. They are helping re-establish two vital industries for our national security.

We cannot allow China’s exportation of its domestic employment concerns to threaten industries critical to U.S. national security. We have asked our friends and trading partners to help us rein in this overcapacity. This is hard work, but it must be done for the sake of our national security, and for the sake of the global economy. America is again willing to take the lead.