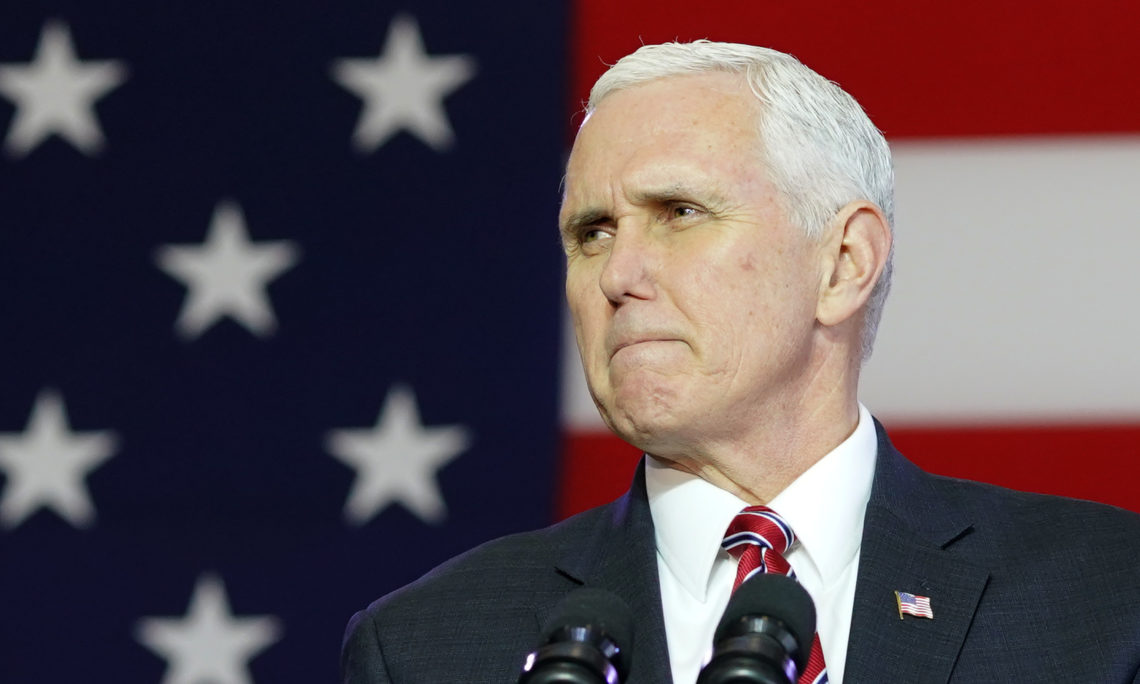 By Mike Pence, vice president of the United States

Last year in Vietnam, President Trump laid out the United States’ vision for a free and open Indo-Pacific. This week, on the president’s behalf, I will lead a delegation to that region to discuss our progress on making this vision a reality. Our message is simple: The United States’ commitment to the Indo-Pacific is steadfast and enduring.

We seek an Indo-Pacific — from the United States to India, from Japan to Australia, and everywhere in between — where sovereignty is respected, where commerce flows unhindered and where independent nations are masters of their own destinies. This region, which includes more than half of Earth’s surface and population, has experienced great progress when these principles have been respected. While some nations now seek to undermine this foundation, the United States is taking decisive action to protect our interests and promote the Indo-Pacific’s shared success.

Our Indo-Pacific strategy rests on three broad pillars. It begins with prosperity. A full two-thirds of global trade traverses the seas, skies, roads and railways of the Indo-Pacific. U.S. trade in the region is worth more than $1.8 trillion annually, supporting more than 3.3 million U.S. jobs, and our total regional investment in the Indo-Pacific is nearly $1 trillion — more than China, Japan and South Korea’s investment combined.

The opportunity for growth is boundless. By as early as 2020, the Indo-Pacific will be home to 40 percent of the world’s middle class, unlocking untold potential for U.S. workers, farmers and job creators to export their goods to these large and growing markets.

That’s why our administration has forged new bilateral trade deals that are free, fair and reciprocal. Our administration has already reached a new trade pact with South Korea and another with Mexico and Canada. We will soon begin negotiations for a historic trade agreement with Japan, the world’s third-largest economy. These new trade deals will put American jobs and American workers first.

Beyond trade, the United States will continue to facilitate greater investment in the Indo-Pacific. Businesses, not bureaucrats, will drive our efforts, because governments and state-owned enterprises are incapable of building lasting prosperity.

To spur renewed private investment in regional infrastructure, President Trump recently signed the Build Act into law, which expands U.S. development finance capacity to $60 billion. Our nation is committed to helping the region build world-class ports and airports, roads and railways, and pipelines and data lines. We will only support projects that produce tangible benefits for the host country as well as our own.

Our second pillar is security, which is the foundation of prosperity. Under our Indo-Pacific strategy, the United States will continue to work with like-minded nations to confront the most urgent threats facing the region, from nuclear proliferation to extremism and terrorism.

This year alone, the United States is providing more than half a billion dollars in security assistance. This includes nearly $400 million in military support — more than the past three years combined.

We will also provide new assistance to help nations protect their borders — on land, at sea and in the digital arena — and we will continue to work with our allies and partners to protect the freedoms of navigation and overflight. Our recent joint naval exercises with Japan and India signify our renewed commitment.

As I will make clear, the United States will continue to exert unprecedented diplomatic and economic pressure on North Korea. Our resolve has brought that country to the negotiating table, and we call on all Indo-Pacific nations to maintain the pressure campaign, including sanctions, until we achieve the complete denuclearization of the Korean Peninsula.

Finally, we will support transparent and responsive government, the rule of law and the protection of individual rights, including religious freedom. Nations that empower their citizens, nurture civil society, fight corruption and guard their sovereignty are stronger homes for their people and better partners for the United States. Conversely, nations that oppress their people often violate their neighbors’ sovereignty as well. Authoritarianism and aggression have no place in the Indo-Pacific region.

Over the course of this week, our delegation will participate in the U.S.-Association of Southeast Asian Nations (ASEAN) summit, the East Asia Summit and the APEC Economic Leaders’ Meeting . We will announce new deals and initiatives, many with significant financial backing from U.S. taxpayers and our business community. And we will reiterate the president’s pledge of renewed partnership. The United States will work with like-minded nations — from India to the Pacific islands — to advance our shared interests. Together, we will stand up to anyone who threatens our interests and our values.

The United States seeks collaboration, not control. The president announced our renewed commitment to the region one year ago; this week, it will be my privilege to demonstrate our resolve with further action and investment. Our nation’s security and prosperity depend on this vital region, and the United States will continue to ensure that all nations, large and small, can thrive and prosper in a free and open Indo-Pacific.