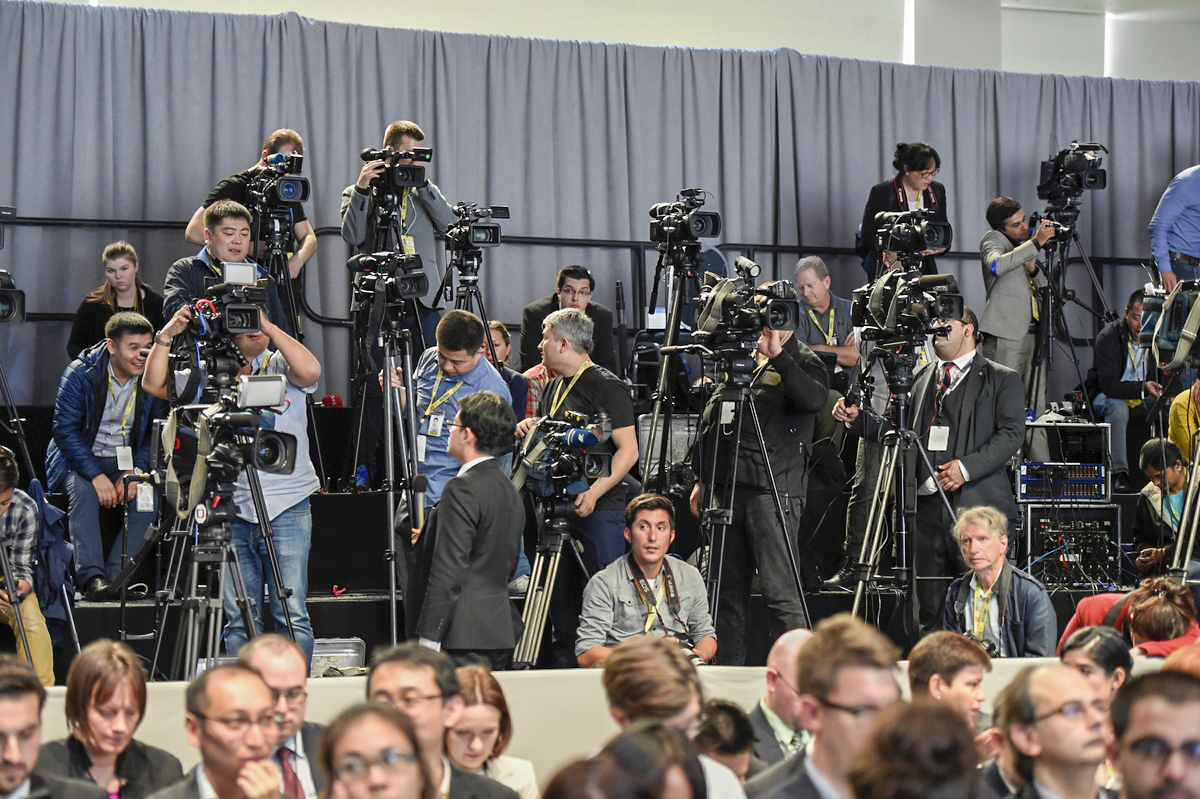 Members of the press prepare for a briefing from President Barack Obama at the conclusion of the Nuclear Security Summit in Washington, D.C. on April 1, 2016 [Ben Solomon/U.S. Department of State]

Members of the press prepare for a briefing from President Barack Obama at the conclusion of the Nuclear Security Summit in Washington, D.C. on April 1, 2016 [Ben Solomon/U.S. Department of State]