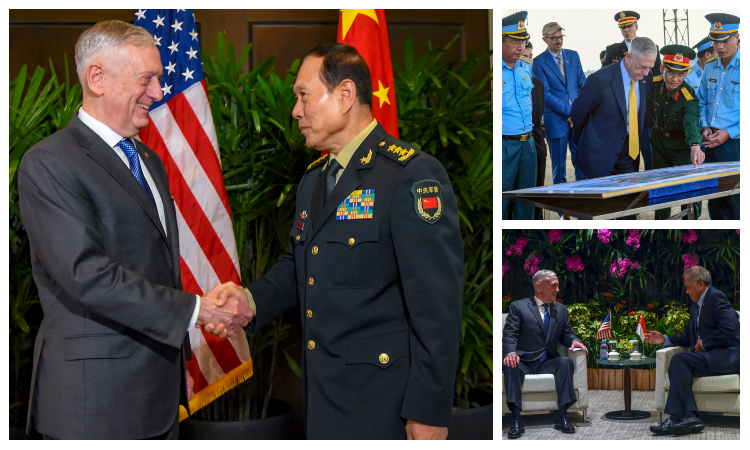 Defense Secretary James N. Mattis is making his eighth trip to the Indo-Asia-Pacific area to help tend the many partnerships and alliances the U.S. maintains in that important region.

He is attending the Association of Southeast Asian Nations Defense Ministers Meeting in Singapore as a way to improve cooperation. The association – made up of Brunei, Malaysia, Thailand, Vietnam, Cambodia, the Philippines, Indonesia, Laos, Myanmar and Singapore – seeks to spur economic growth in the area through the rule of law.

The secretary also held individual meetings with China’s Minister of National Defense Gen. Wei Fenghe where Mattis once again made it clear the United States plans to work with China where possible and is looking for ways to cooperate more. He also made it clear the United States will continue freedom of navigation operations in spite of China building artificial islands and arming those facilities.

Before arriving in Singapore, Mattis visited Vietnam where he met with Vietnamese counterparts and examined plans to clean up Agent Orange contamination from the Vietnam War. The defoliant that U.S. service members sprayed on the triple-canopy jungle from aircraft, contained cancer-causing dioxin.