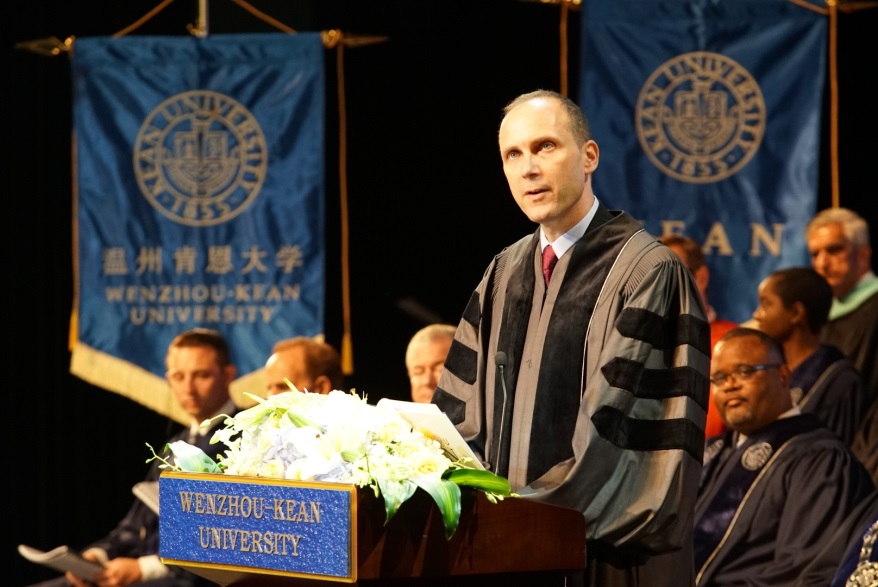 Consul General Hanscom Smith gave remarks at Wenzhou-Kean University’s (WKU) second commencement ceremony.  WKU is a joint U.S. – China program that was established on November 16, 2011 and began accepting students in 2012, making last year’s Class of 2016 the first graduating class.  Kean University, a New Jersey state school, is responsible for managing the academic affairs of the school, providing an American curriculum, faculty, textbooks, and activities around campus.  Wenzhou Kean University is approved by the Chinese Ministry of Education and accredited by the Middle States Commission on Higher Education. All instruction is in English.  The goal of the university is to merge Chinese and American teaching methodologies in a global context.  A significant portion of the WKU graduating class will go on to complete additional study in the United States.  This was the final event of CG Smith’s three-year Shanghai tenure.