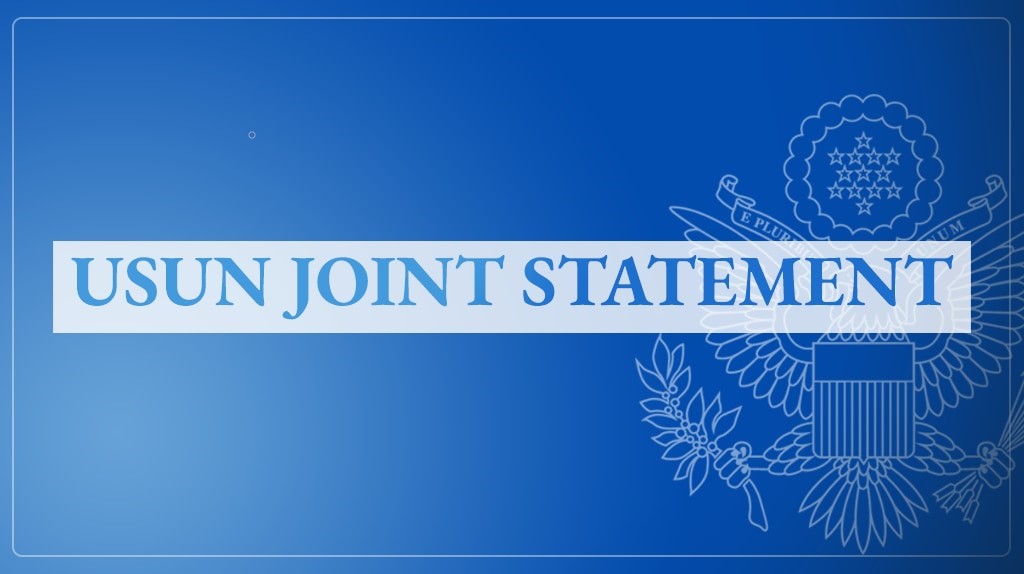 Joint Statement on Behalf of 50 countries in the UN General Assembly Third Committee on the Human Rights Situation in Xinjiang, China

We are gravely concerned about the human rights situation in the People’s Republic of China, especially the ongoing human rights violations of Uyghurs and other predominantly Muslim minorities in Xinjiang.

The release of the recent UN Office of the High Commissioner for Human Rights (OHCHR) Assessment of human rights concerns in the Xinjiang Uyghur Autonomous Region, People’s Republic of China, corroborates these concerns in an impartial and objective manner. The assessment finds that the scale of the arbitrary and discriminatory detention of Uyghurs and other predominantly Muslim minorities in Xinjiang “may constitute international crimes, in particular crimes against humanity”.

As an independent, authoritative assessment that relies extensively on China’s own records, it makes an important contribution to the existing evidence of serious and systematic human rights violations in China. This includes evidence of large-scale arbitrary detention and systematic use of invasive surveillance on the basis of religion and ethnicity; severe and undue restrictions to legitimate cultural and religious practices, identity and expression, including reports of destruction of mosques, shrines and cemeteries; torture, ill-treatment and sexual and gender-based violence, including forced abortion and sterilization; enforced disappearances and family separations; and forced labor. Such severe and systematic violations of human rights cannot be justified on the basis of counterterrorism.

In view of the gravity of the OHCHR assessment, we are concerned that China has so far refused to discuss its findings. In that context, we urge the Government of China to uphold its international human rights obligations and to fully implement the recommendations of the OHCHR assessment. This includes taking prompt steps to release all individuals arbitrarily deprived of their liberty in Xinjiang, and to urgently clarify the fate and whereabouts of missing family members and facilitate safe contact and reunion.

We believe that addressing human rights violations, engaging in meaningful dialogue, and working together as partners are foundational to creating more inclusive societies where all can fully enjoy their human rights. We encourage all to adopt this approach.