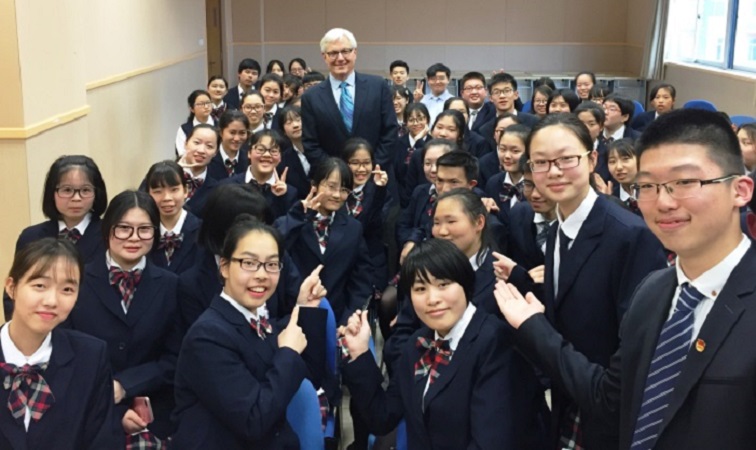 Pulitzer-prize winning editor Jim Amoss began his speaking tour in Shanghai with a series of official and public engagements.  At Fudan University, he explained to undergraduates how Hurricane Katrina not only ravaged New Orleans in 2005 but shattered his newspaper’s traditional way of reporting.  In the wake of the storms devastation, he and his colleagues were thrust into the digital world when the printing presses stopped but the demand for information about New Orleans continued.  After four days of darkness, the newspaper emerged as a digital-first production and the first legacy newspaper in the U.S. to embrace the media revolution that is still underway.  Jim ended his time in Shanghai by hosting a screening of the film Spotlight, which tells the story of the Boston Globe’s exposé about the cover-up of sexual abuse within the Roman Catholic Church.