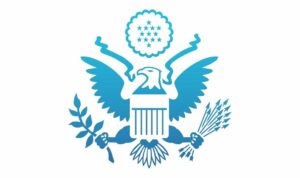 Over the past year, the People’s Republic of China (PRC) has continued to dismantle Hong Kong’s high degree of autonomy, in violation of its obligations under the Sino-British Joint Declaration and Hong Kong’s Basic Law.  In particular, the PRC government’s adoption and the Hong Kong government’s implementation of the National Security Law (NSL) have severely undermined the rights and freedoms of people in Hong Kong.

Each year, the Department of State submits to Congress the Hong Kong Policy Act report and accompanying certification.  In conjunction with this year’s report, I have certified to Congress that Hong Kong does not warrant differential treatment under U.S. law in the same manner as U.S. laws were applied to Hong Kong before July 1, 1997.

This report documents many of the actions the PRC and Hong Kong governments have taken against Hong Kong’s promised high degree of autonomy, freedoms, and democratic institutions.  These include the arbitrary arrests and politically-motivated prosecutions of opposition politicians, activists, and peaceful protesters under the NSL and other legislation; the postponement of Legislative Council elections; pressure on judicial independence and academic and press freedoms; and a de facto ban on public demonstrations.

I am committed to continuing to work with Congress and our allies and partners around the world to stand with people in Hong Kong against the PRC’s egregious policies and actions.  As demonstrated by the March 16 Hong Kong Autonomy Act update, which listed 24 PRC and Hong Kong officials whose actions reduced Hong Kong’s autonomy, we will impose consequences for these actions.  We will continue to call on the PRC to abide by its international obligations and commitments; to cease its dismantlement of Hong Kong’s democratic institutions, autonomy, and rule of law; to release immediately and drop all charges against individuals unjustly detained in Hong Kong; and to respect the human rights of all individuals in Hong Kong.